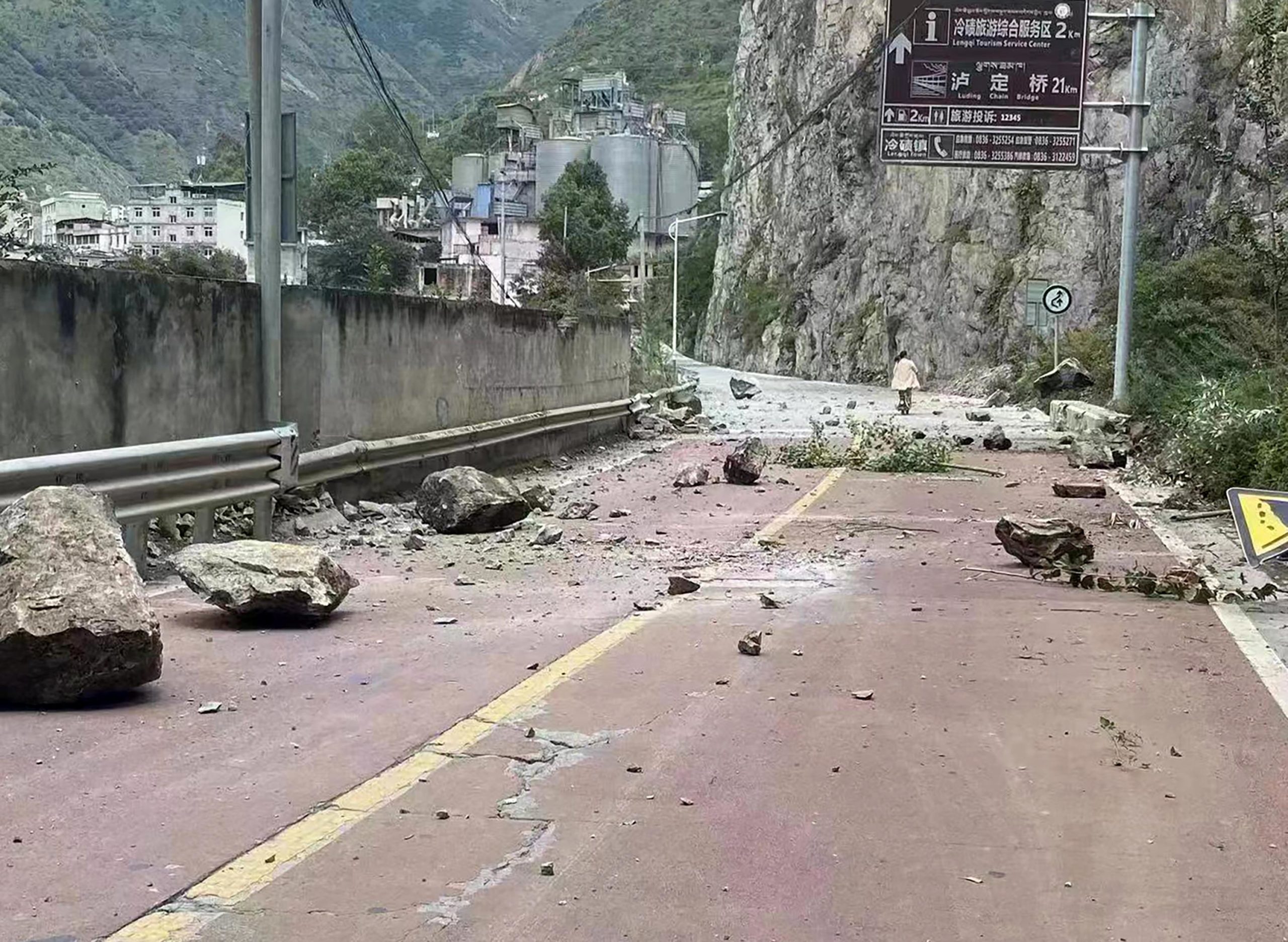 BEIJING — At least 21 people were reported killed in a 6.8 magnitude earthquake that shook China’s southwestern province of Sichuan on Monday, triggering landslides and shaking buildings in the provincial capital of Chengdu, whose 21 million residents are already under a COVID-19 lockdown.

Sichuan, which sits on the edge of the Tibetan Plateau where tectonic plates meet, is regularly hit by earthquakes. Two quakes in June killed at least four people.

Along with the deaths, authorities reported stones and soil falling from mountainsides, causing damage to homes and power interruptions, state broadcaster CCTV said. One landslide blocked a rural highway, leaving it strewn with rocks, the Ministry of Emergency Management said.

Buildings shook in Chengdu, 200 kilometers (125 miles) away from the epicenter. Resident Jiang Danli said she hid under a desk for five minutes in her 31st floor apartment. Many of her neighbors rushed downstairs, wary of aftershocks.

“There was a strong earthquake in June, but it wasn’t very scary. This time I was really scared, because I live on a high floor and the shaking made me dizzy,” she told The Associated Press.

The earthquake and lockdown follow a heat wave and drought that led to water shortages and power cuts due to Sichuan’s reliance on hydropower. That comes on top of the latest major lockdown under China’s strict “zero-COVID” policy.

The past two months in Chengdu “have been weird,” Jiang said.

China’s deadliest earthquake in recent years was a 7.9 magnitude quake in 2008 that killed nearly 90,000 people in Sichuan. The temblor devastated towns, schools and rural communities outside Chengdu, leading to a years-long effort to rebuild with more resistant materials.