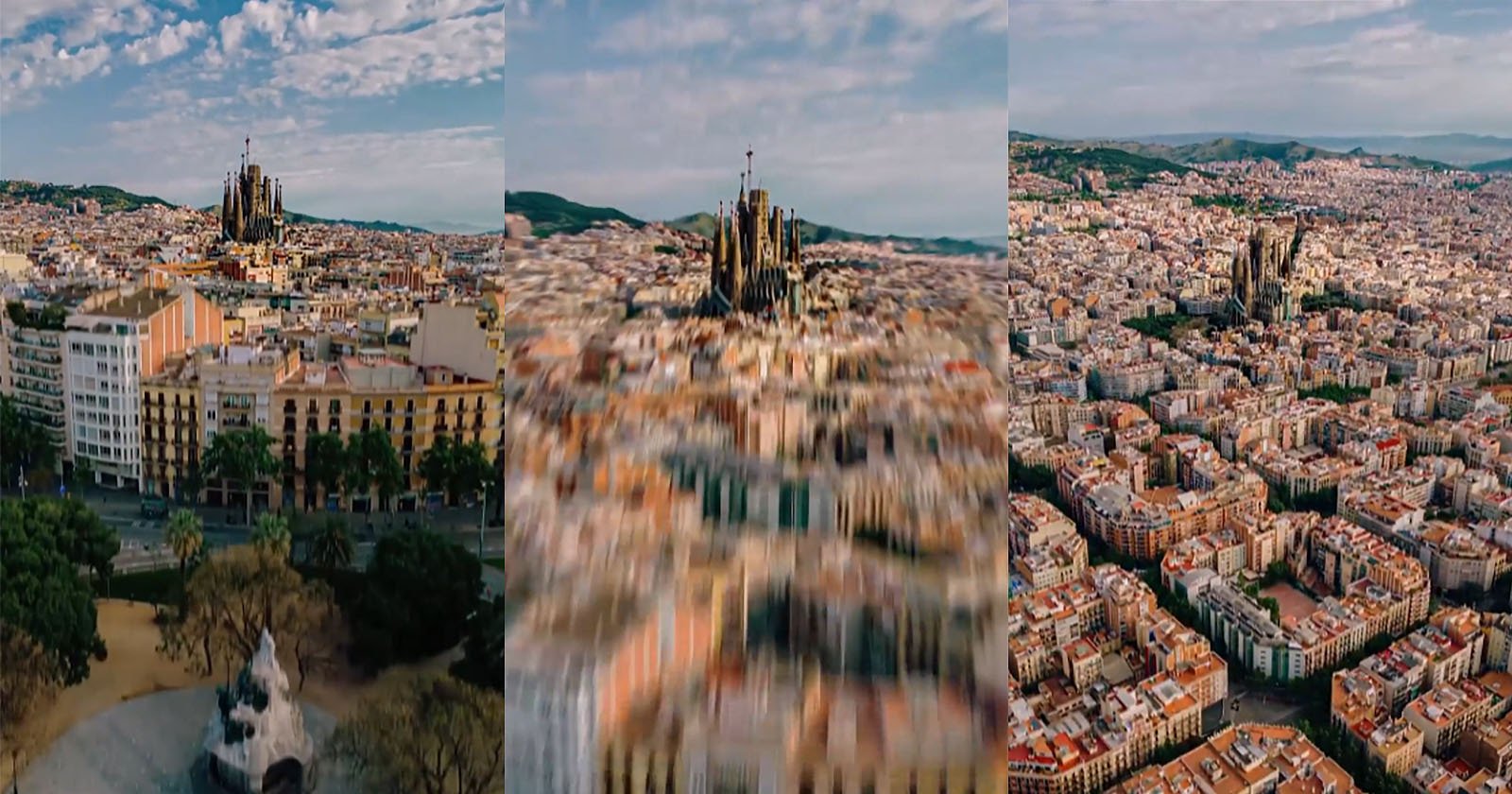 Cinematographer Christoph Benfey’s incredible drone boomerang shot was featured on DJI’s Instagram this week and the talented cameraman has revealed the secrets to creating the impressive effect.

Benfey refers to the technique as the “Space Elevator Effect.” This is a term that the Canadian native invented. He has even made a tutorial video where he breaks down the method.

Speaking to PetaPixel, he explains how he took advantage of the new DJI Mini 3 Pro to create the timelapse boomerang shot while on vacation in Barcelona, Spain.

” It was great to have the vertical option, as the goal was to post this video on Instagram. So shooting the true vertical meant I didn’t have to crop the 16×9 images, and I could get a much wider final shot than I’ve gotten before with my other drones.”

Benfey is referring to the ability of the Mini 3 Pro to rotate its camera into a portrait orientation, a first for any DJI drone.

While the shot is fast and dynamic, pulling the viewers in, the timelapse was actually shot painfully slowly as the drone tracked La Sagrada Familia. Benfey suggests that drones should be flown at an extremely slow 0. 1 meters per second until the drone hits the legal flight ceiling.

Benfey says that by the end, photographers who want to mimic the technique should have 200 to 240 photos and their camera battery will be around 35% if everything’s been done correctly.

I then speed up the footage and make it sound like music. Then, in editing, it is reversed so that it bounces back to its beginning. I’ll sometimes add a digital zoom as well because it seems to throw people off in a good way,” explains the 36-year-old.

Benfey used Lightroom, then After Effects to produce the final video. He said that it takes some editing time to achieve the best effect.

A Creative Technique Growing in Popularity

Benfey says he currently works as a director of photography on a Netflix series and uses Instagram as a creative outlet.

“I’ve been messing around with drones, both for fun and for work, for 10 years now. I mostly use Instagram as a place to experiment with new ideas without all the rigamarole of being on set with a huge unit of people waiting around,” he explains.

Benfey’s “Space Elevator Effect” tutorial has been a success with over 100,000 views, and the camera operator says he’s seen people from all over the world using it.

More from Benfey can be found on his Instagram.