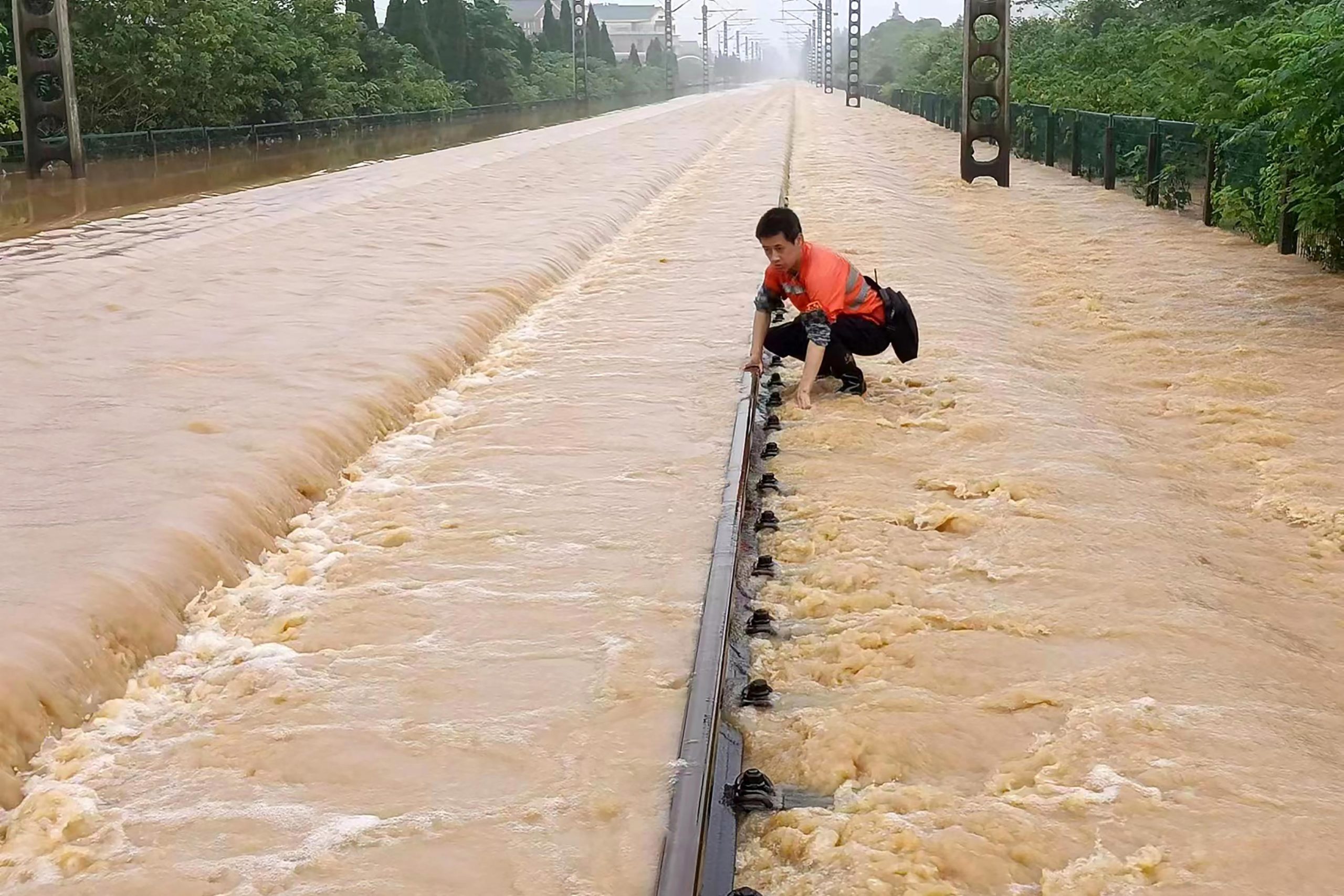 BEIJING — Major flooding has forced the evacuation of tens of thousands of people in southern China, with more rain expected.

The manufacturing hub of Guangdong suspended classes, office work and public transport amid rising waters and the threat of landslides.

In the neighboring province of Jiangxi, almost 500,000 people have seen damage to their homes and their lives uprooted.

Roughly the same number have been affected in Guangdong, largely in the cities of Shaoguan, Heyuan and Meizhou.

The heavy rainfall has collapsed roads in some parts of cities and swept away houses, cars and crops, and more rain is forecasted for coming days. Chinese authorities on Sunday issued the year’s first red alert, the most severe warning, for possible mountain torrents.

In Zhejiang province a little further north, rescue crews in inflatable boats brought out residents trapped in their homes in inundated villages.

China regularly experiences flooding during the summer months, most frequently in central and southern areas that tend to receive the most rainfall. This year’s flooding is the worst in decades in some areas and comes on top of strict COVID-19 regulations that have strangled travel, employment and ordinary life in much of the country.

China’s worst floods in recent years were in 1998, when more than 2,000 people died and almost 3 million homes were destroyed, mostly along the Yangtze, China’s mightiest river.

The government has invested heavily in flood control and hydroelectric projects such as the massive Three Gorges Dam on the Yangtze.

Globally, more intense tropical storms are on the rise as a result of climate change, leading to increased flooding that threatens lives, crops and groundwater.