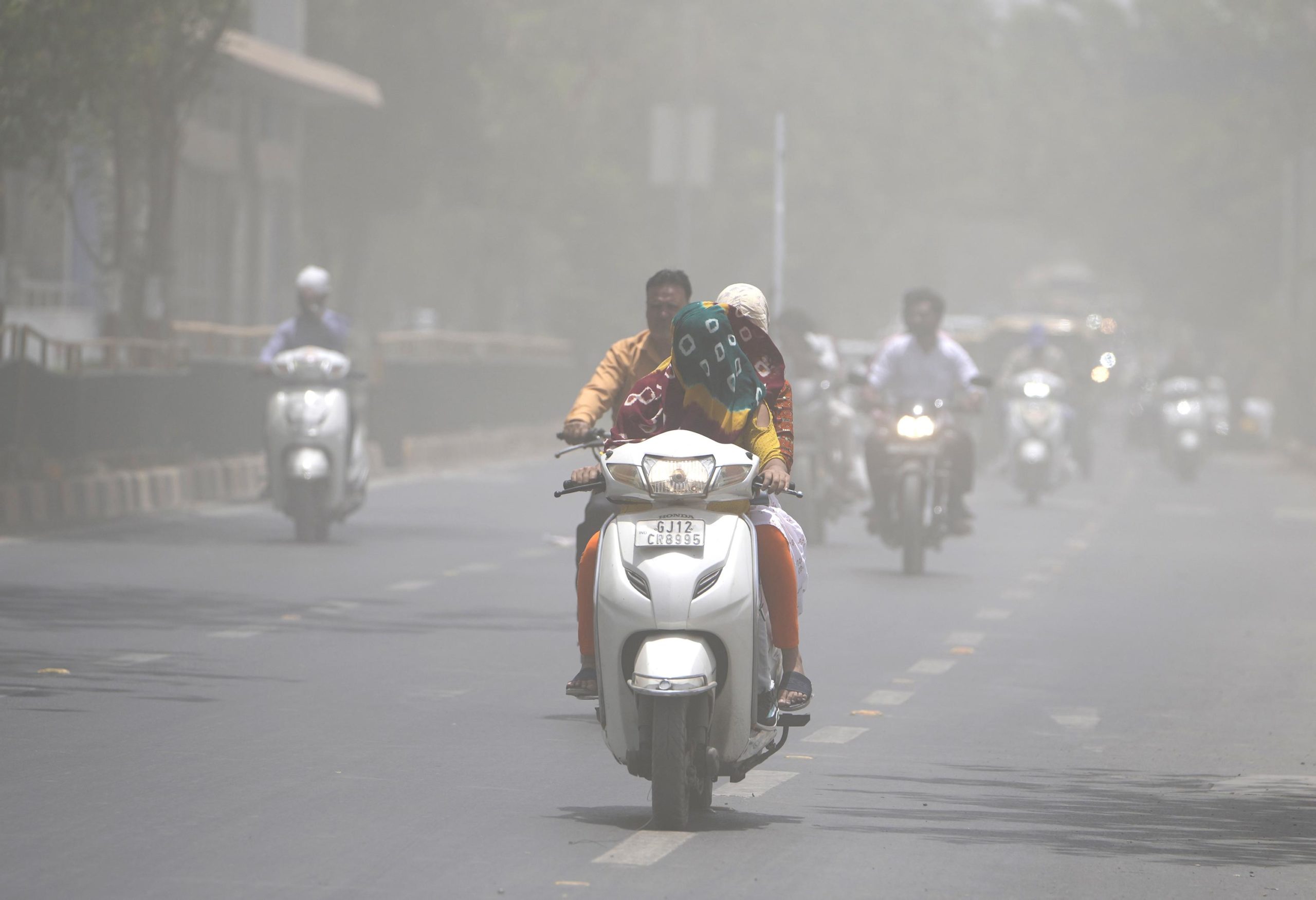 NEW DELHI — The devastating heat wave which has baked India and Pakistan in recent months was made more likely due to climate change, according to an international group of scientists. They believe this is an indication of the region’s future.

The World Weather Attribution group analyzed weather data from the region dating back 70 years and suggested in a study Monday that a heatwave like this — one that sets in early, lasts a long time and impacts a massive geographical area — is still a rare, a once-in-a-century-event. But the warming of the world by 1. 2 degrees Celsius (2. 2 degrees Fahrenheit) since pre-industrial levels because of human-caused climate change has made it 30 times more likely.

If warming increases to 2 degrees Celsius (3. 6 degrees Fahrenheit), then heat waves like this could occur twice in a century or even once every five years, said Arpita Mondal, a climate scientist at the Indian Institute of Technology in Mumbai, who was part of the study.

“This is a sign of things to come,” Mondal said.

The results are conservative: An analysis published last week by the United Kingdom’s Meteorological Office said the heat wave was probably made 100 times more likely by climate change, with such scorching temperatures likely to reoccur every three years.

The World Weather Attribution analysis aims to determine how global warming has made certain aspects of heat waves, including their duration and impact on the area, more probable. “The real result is probably somewhere between ours and the (U.K.) Met Office result for how much climate change increased this event,” said Friederike Otto, a climate scientist at the Imperial College of London, who was also a part of the study.

What is certain, though, is the devastation the heat wave has wreaked. India sweltered through the hottest March in the country since records began in 1901 and April was the warmest on record in Pakistan and parts of India. The effects have been cascading and widespread: A glacier burst in Pakistan, sending floods downstream; the early heat scorched wheat crops in India, forcing it to ban exports to nations reeling from food shortages due to Russia’s war in Ukraine; it also resulted in an early spike in electricity demand in India that depleted coal reserves, resulting in acute power shortages affecting millions. The impact on the human health is also important. At least 90 people have died in the two nations, but the region’s insufficient death registration means that this is likely an undercount. South Asia is the most affected by heat stress, according to an analysis by The Associated Press of a dataset published Columbia University’s climate school. More than three quarters of the population in India live in regions where heat waves are increasing.

Experts agree the heat wave underscores the need for the world to not just combat climate change by cutting down greenhouse gas emissions, but to also adapt to its harmful impacts as quickly as possible. Children and the elderly are most at risk from heat stress, but its impact is also inordinately bigger for the poor who may not have access to cooling or water and often live in crowded slums that are hotter than leafier, wealthier neighborhoods.

Rahman Ali, 42, a ragpicker in an eastern suburb of the Indian capital New Delhi earns less than $3 a day by collecting waste from people’s homes and sorting it to salvage whatever can be sold. It’s backbreaking work and his tin-roofed home in the crowded slum offers little respite from the heat.

Some Indian cities that have tried to find solutions. The western city of Ahmedabad was the first in South Asia to design a heat wave plan for its population of over 8. 4 million, all the way back in 2013. The plan includes an early warning system that tells health workers and residents to prepare for heat waves, empowers administrations to keep parks open so that people can shade and provides information to schools so they’re able to tweak their schedules.

The city also experimented with different materials that absorb heat differently to try and “cool” its roofs. Their aim is to build roofs that’ll reflect the sun and bring down indoor temperatures by using white, reflective paint or cheaper materials like dried grass, said Dr. Dileep Mavalankar, who heads the Indian Institute of Public Health in western Indian city Gandhinagar and helped design the 2013 plan.

Most Indian cities are less prepared and India’s federal government is now working with 130 cities in 23 heat wave-prone states across India for them to develop similar plans. Earlier this month, the federal government also asked states to sensitize health workers on managing heat-related illnesses and ensure that ice packs, oral rehydration salts, and cooling appliances in hospitals were available.

But Mavalankar, who wasn’t part of the study, pointed to the lack of government warnings in newspapers or TV for most Indian cities and said that local administrations had just not “woken up to the heat.”