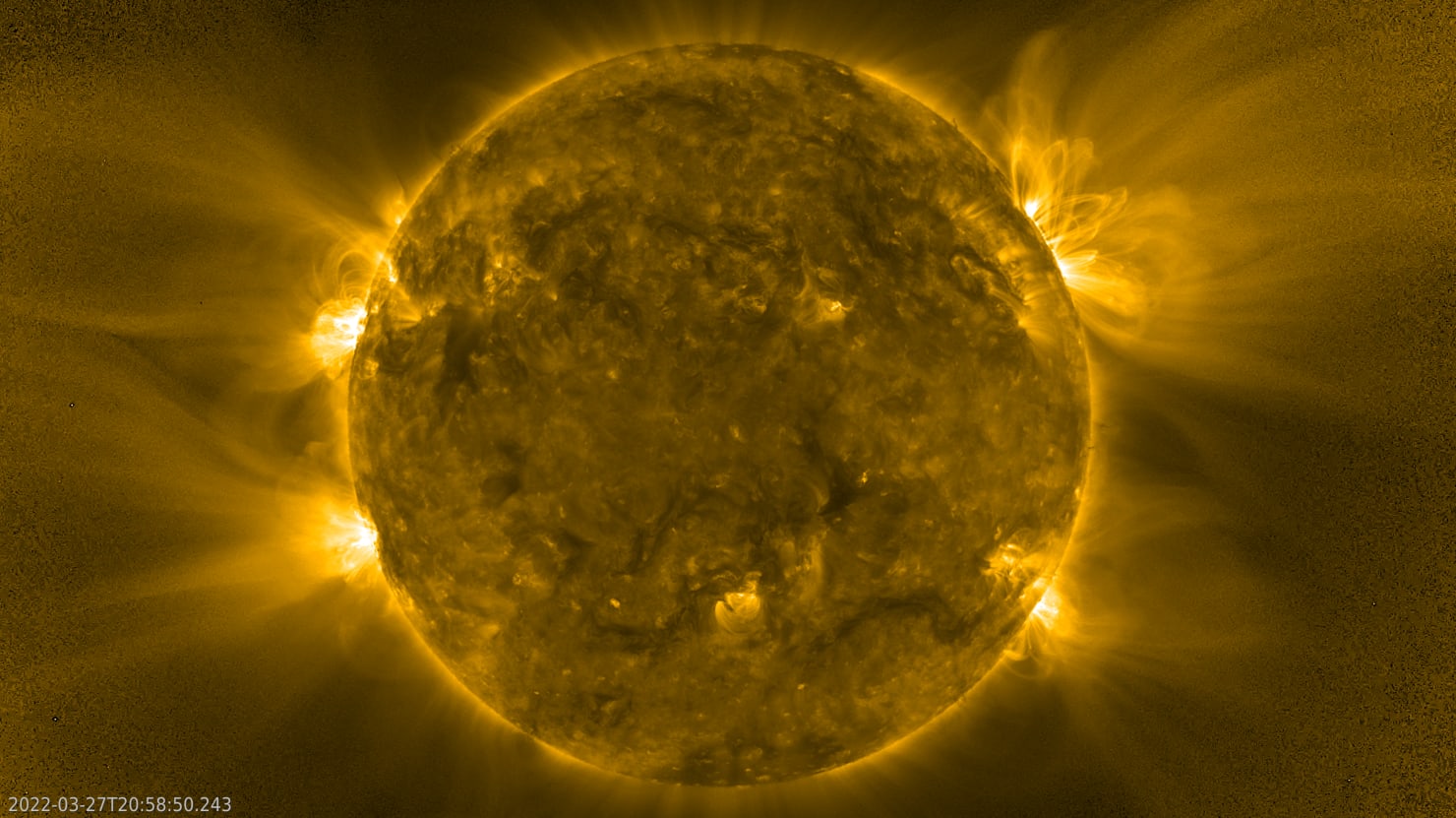 Giant coronal flares? Check. Check. Rare views of sun poles Check. Check out this “solar hedgehog” image. The European Space Agency has just released a trove of new images and videos collected by Solar Orbiter, its mission to closely observe the sun and increase our understanding of its atmosphere, during its first close approach to the sun.

The close approach, known as the perihelion, happened on March 26, bringing Solar Orbiter about one-third the distance between the sun and Earth. That’s within the orbit of Mercury. Solar Orbiter was able to sustain heat radiation at this close range of about 500 Celsius.

The “hedgehog” feature as seen in the sun’s atmosphere.

And the result of this hot flyby is one of the best looks we’ve ever had at the sun. At the top of the list is a snapshot of a feature scientists are calling “the hedgehog”–a region of the sun’s atmosphere that’s rife with spikes of hot and cold gas, protruding in all directions like the needles jutting out of a hedgehog’s back.

Some other notable pics and pieces of data include views of other solar flares expelled off the atmosphere, and views of the sun’s north and south poles–regions that have barely been observed before.

A view of the solar south pole.

The data is more than just eye-candy for the public. Scientists hope to use the observations to better understand the behavior of the sun and how mass ejections of energetic particles arise. One of the biggest goals of Solar Orbiter is to help scientists learn how to predict space weather events like coronal mass ejections that can pose a huge threat to our satellites and terrestrial electrical grids.