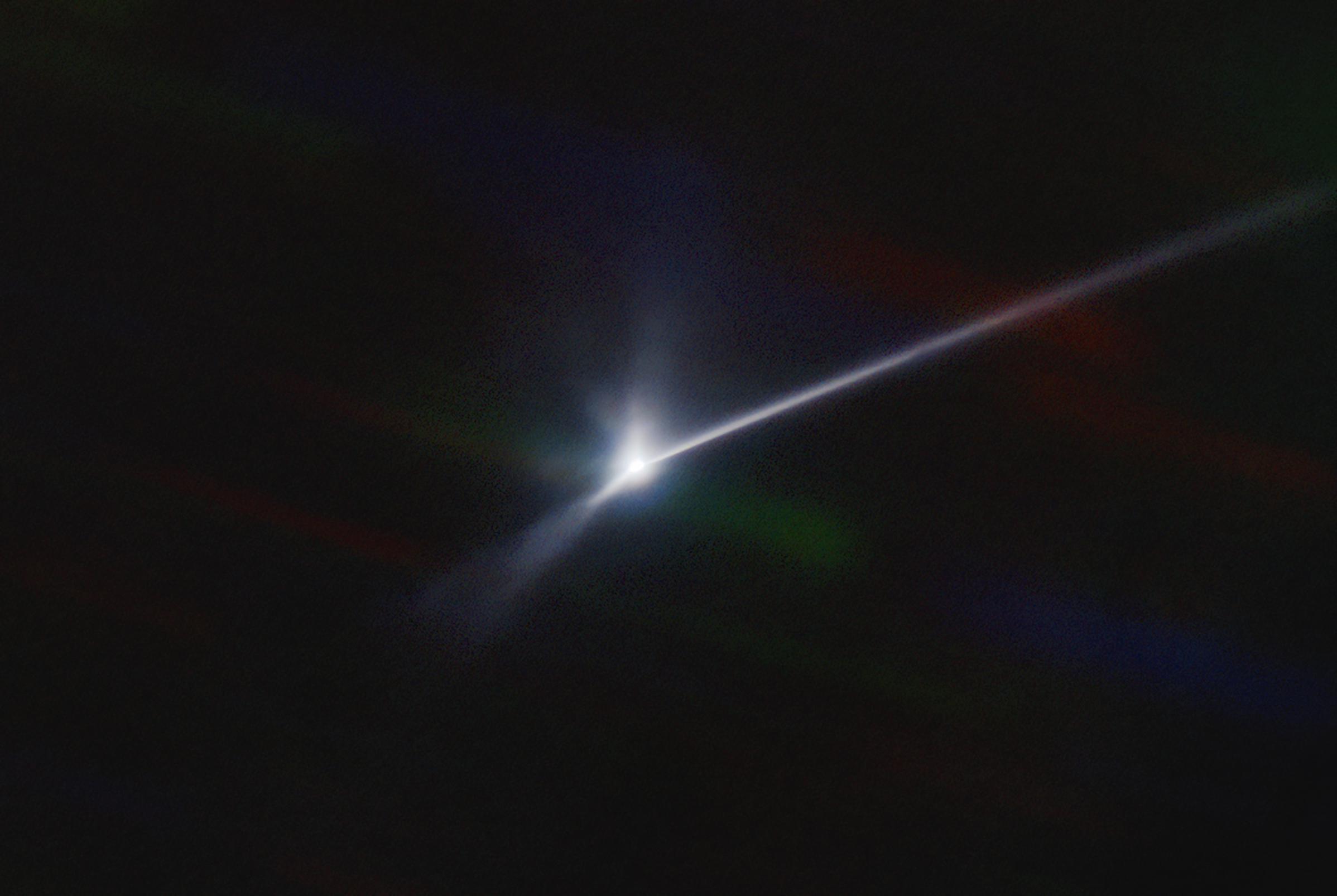 CAPE CANAVERAL, Fla. — The asteroid that got smacked by a NASA spacecraft is now being trailed by thousands of miles of debris from the impact.

Astronomers captured the scene millions of miles away with a telescope in Chile. Their remarkable observation two days after last month’s planetary defense test was recently released a National Science Foundation lab in Arizona.

The image shows an expanding, comet-like tail more than 6,000 miles (10,000 kilometers) long, consisting of dust and other material spewed from the impact crater.

This plume is accelerating away from the harmless asteroid, in large part, because of pressure on it from solar radiation, said Matthew Knight of the U.S. Naval Research Laboratory, who made the observation along with Lowell Observatory’s Teddy Kareta using the Southern Astrophysical Research Telescope.

Scientists expect the tail to get even longer and disperse even more, becoming so tenuous at one point that it’s undetectable.

“At that point, the material will be like any other dust floating around the solar system,” Knight said in an email Tuesday.

More observations are planned to determine how much and what kind of material was hurled from the 525-foot (160-meter) Dimorphos, a moonlet of a larger asteroid.

Launched nearly a year ago, NASA’s Dart spacecraft was destroyed in the head-on collision. The $325 million mission to deflect an asteroid’s orbit was intended as a dress rehearsal for the day a killer rock heads our way. Dimorphos and its companion rock never posed a threat to Earth and still do not, according to NASA.