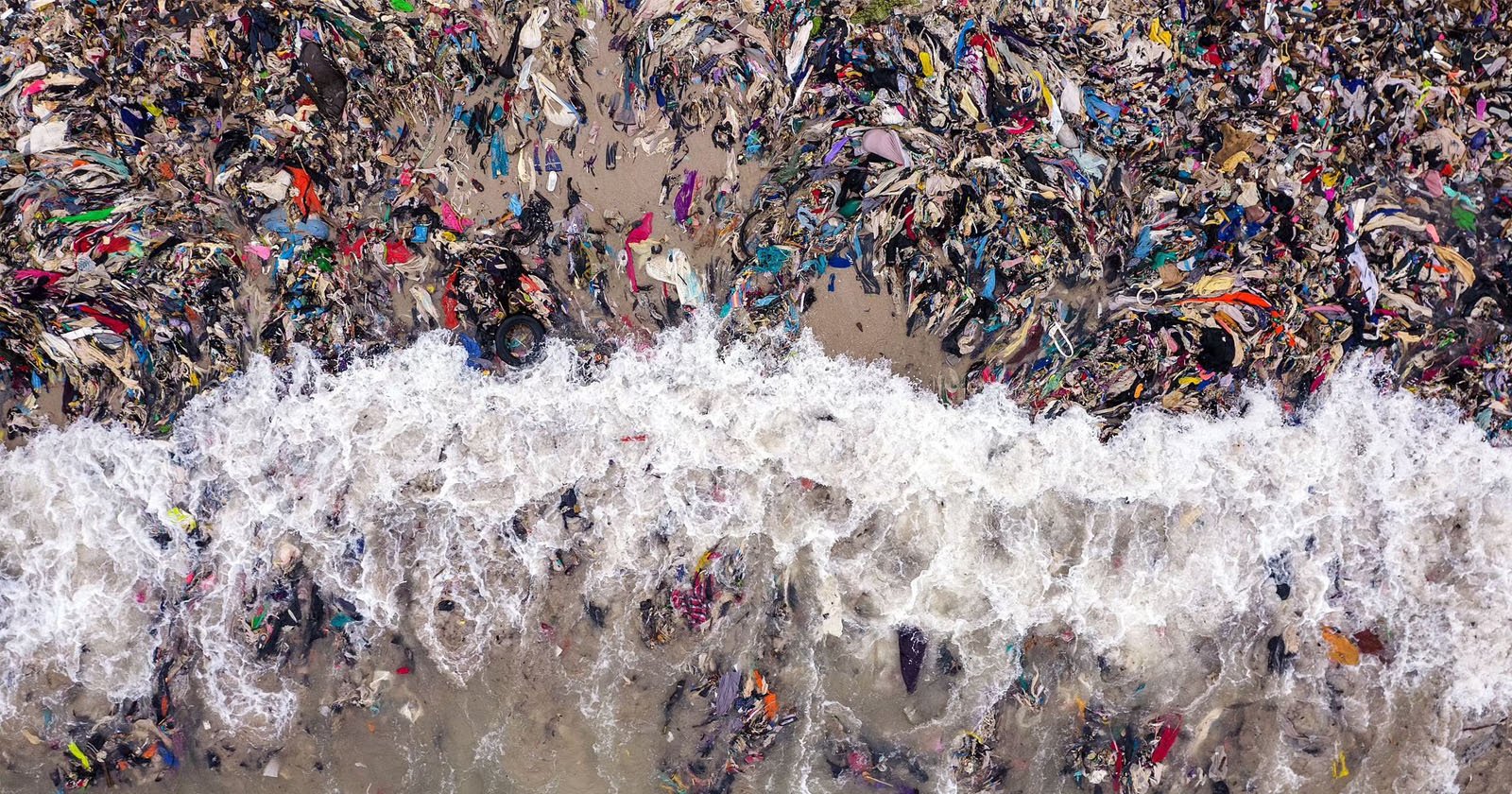 Photographer Muntaka Chasant has documented thousands of washed-up clothes on a beach in Africa, laying bare the environmental impact of fast fashion.

Chasant tells Petapixel that he took a “beating” from the waves in Ghana to capture the powerful and thought-provoking photographs.

“I had to step in the water to capture most of the scenes which gave me a thrashing,” explains Chasant.

“Documenting discarded unwanted clothes is part of my long-term focus on the geographies of waste — to highlight the environmental cost and burden of fast fashion.”

The disturbing pictures taken in the Ghanaian capital city of Accra, show huge piles of sodden garments strewn over the sand. Many of the items are thought to have been imported from the United States and the United Kingdom, as well as other wealthy nations.

Ghana has a flourishing second-hand clothing industry. This allows unwanted Western clothes to be shipped to Africa for reuse and resale. However, the country is currently struggling to meet demand.

The garments, known locally as “Obroni W’awu” translated as “dead white man’s clothes,” are donated by well-meaning Westerners and locals will receive them in the hope that they uncover a few good-quality finds to sell on. Anything that they cannot sell is dumped on the banks of the Odaw River, which is unfortunately synonymous with pollution.

As much as 40 percent of the abandoned clothes that arrive in the West African state end up being dumped in this way and the problem is worsening because of novelty “one-off” outfits and low-quality fast fashion items increasing. This has also had a negative impact on Ghana’s textile and design industries, with many local merchants unable to keep up with the flood of imported cheap clothes.

The Ghana-based documentary photographer focuses on “urban marginality, geographies of waste, human-environment interaction, and new and emerging challenges.” He focuses on the city of Accra, showing the world the pollution in places such as the Korle Lagoon where thousands of single-use plastic waste are dumped and seep into the ocean.

Visit Chasant’s website to view more of his work.