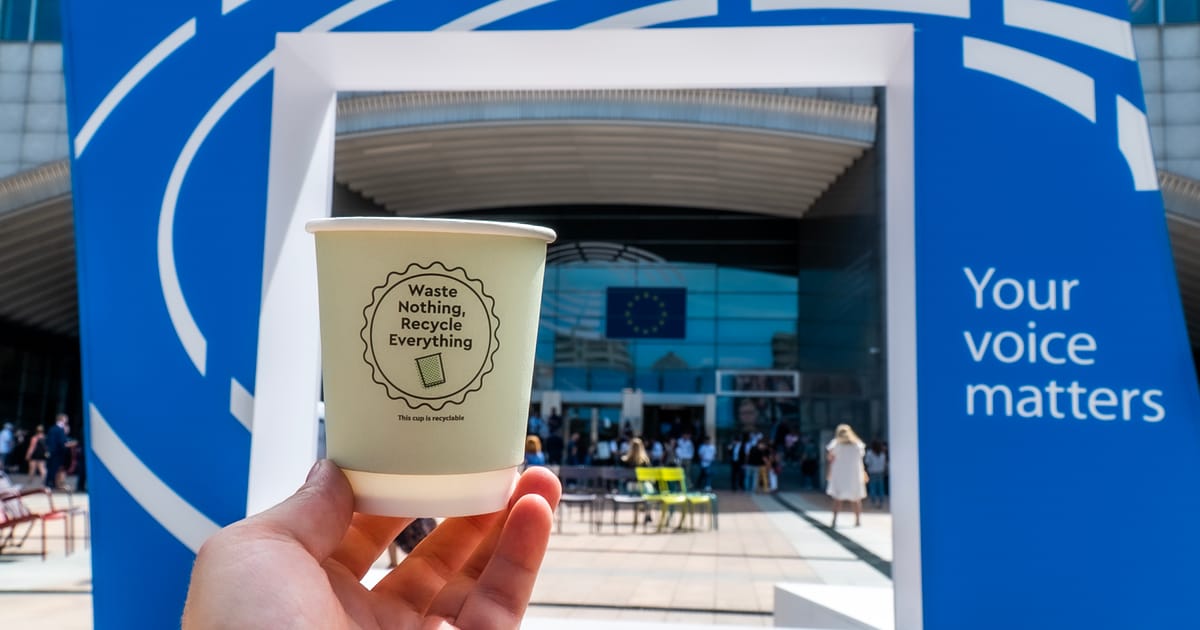 The impact of climate change has never been felt so strongly in Europe. With temperatures hitting record highs in October and November 2022 after a summer of dramatic droughts, our leaders must continue to work toward implementing policies that will effectively reduce our environmental footprint and limit the effects of global warming. To get there as quickly and efficiently as possible, science and evidence should underpin decision-making.

It only makes sense for the European institutions, particularly those in the European Commission in charge of drafting regulation, to allow scientific evidence to guide their policy actions. Yet, when it comes to proposed waste legislation, good intentions have not translated into sound science-based policy.

On November 30, 2022, the European Commission put on the table a proposal which has ignored scientific evidence and is not focused on solutions that achieve the best environmental outcome. On the contrary, the proposal goes against the CO2-reduction target set by the Commission within the EU Green Deal, and further accelerates water stress and resource depletion.

The Commission asks for a total ban of paper-based single-use packaging in restaurants by 2030. It additionally mandates that 80 percent of beverages and 40 percent of food for delivery be included in a reuse system by 2040, along with a host of other measures. These prescriptive measures will hurt the environment, the economy, businesses and consumers if implemented, as demonstrated by a number of studies and life-cycle analyses.

Forcing restaurants to serve takeaway and delivery meals in reusable containers will require systemic changes of epic proportions. The environmental implications are likely to be profound — with a number of studies pointing to significant increases in pollution, carbon emissions as well as freshwater consumption. The results of a new Life Cycle Assessment (LCA) for takeaway in quick service restaurants found that a switch from recyclable single-use paper-based packaging to reusable products would generate 48 percent more CO2-equivalent emissions and consume 39 percent more freshwater, taking as a reference (for example, 100 percent) the system with the higher impact.

The implications of moving to massive reuse systems include putting on the market countless new washing machines, new vehicles for transport, and increased energy and water consumption. The costs of these changes will be borne by consumers and by small businesses and result in a lower quality of life.

While single-use paper-based packaging is renewable, recyclable, sustainable and fit-for-portion, reusable packaging is often made from non-renewable, and difficult or impossible to recycle, materials such as plastic or sand.  Most of the reusable products will be imported from outside the EU and further reduce our resilience — especially considering pandemics and wars impacting supply chains. On top of that, reusables require more fuel for transport, and energy and water for washing in a way single-use paper-based packaging simply does not. Life-cycle analysis, specifically on takeaway has shown that transport is one of the most impactful factors to the environment when it comes to reusable, together with large amounts of energy necessary for the washing and drying of containers.

Moreover, renewable and recyclable single-use paper-based packaging is inexpensive to produce, recycle and repurpose. It means that small businesses that need a green option for delivery and takeaway services, can become more sustainable quicker. The alternative reuse systems will involve the introduction of millions of tons of plastic, with likely easy-to-scratch-and-bleach products with a limited number of effective ‘real-life’ reuses. If washed up to four times a day, a plastic reusable tableware that claims to be reused 50 times will need to be discarded after 12 days. This means that the full restaurant’s set will have to be changed three times per month, 12 months a year.

Furthermore, in an ever-more integrated and global economy, Europe must ensure that it achieves its green goals while retaining its competitive advantage. For example, reusable packaging will add a lot of plastic on the market, mostly originating from outside the European Union, as opposed to renewable single-use paper packaging which is predominantly European — and will eventually become waste itself. This will result in other countries becoming more attractive for investment leading to cuts to jobs and livelihoods in Europe at a time when people can least afford it.

The risk is therefore clear. Imposing a mandatory switch to reusable packaging instore in the quick-service restaurants as well as for takeaway services is unwise and counterproductive. Single-use paper-based packaging represents a real solution to circular economy. In addition to being the material with the highest recycling rate (82 percent) of all packaging materials, the fibers of paper packaging can be recycled up to 25 times and transformed into high-quality secondary products.

This means that at a time when a climate emergency meets a cost-of-living crisis not seen in generations, policymakers should not feel compelled to take actions that will exacerbate both of these issues. Affordable, environmentally friendly solutions are already available and have been developed and improved significantly in the past decades.

We urge the European Parliament and the Council to do what the Commission failed to: look at the full life-cycle impact of all packaging products and champion solutions that achieve the best environmental outcome. Renewable, recyclable paper packaging is one of these solutions.

To attain the objectives of the EU Green Deal and create a truly circular economy, the final form of this regulation must be guided by science, not ideology. That is how we can achieve a better environmental outcome for the planet and also for all Europeans.