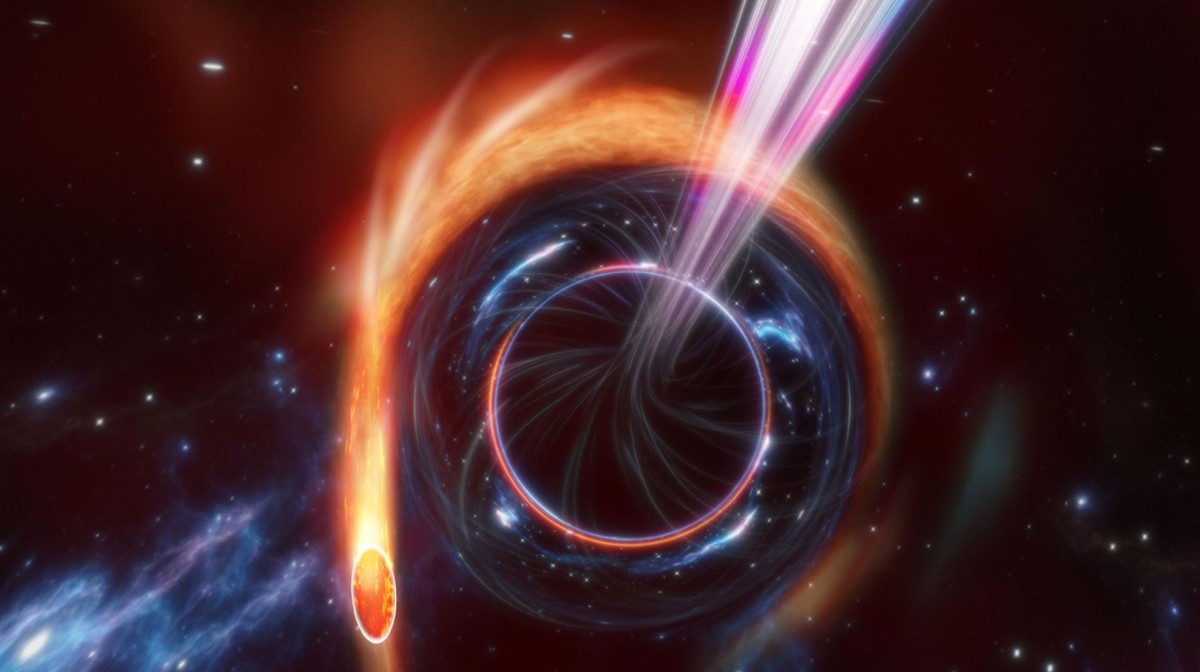 On a clear night this past February, a sophisticated astronomical camera perched on a California mountaintop opened its eyes on the sky after being shut down for several days due to glitches. The timing turned out to be impeccable, as the camera, which is part of the Zwicky Transient Facility (ZTF), immediately spotted a dazzling eruption of light and energy in the distant universe that was unlike anything that has been seen before.

When ZTF astronomers logged into their work Slack the next day, they shared their delight at the brilliant discovery–as well as their puzzlement about what might have sparked this flash that shone with the light of 1,000 trillion suns.

“My first message on Slack was, ‘are we re-starting with a bang?'” said Igor Andreoni, an astronomer at the University of Maryland who works at ZTF, in a call with Motherboard that also included his colleague Michael Coughlin, an astronomer at the University of Minnesota. The camera was operational the first night it went online. Engineers worked non-stop, even on weekends. And literally the first night it was operational, there was this detection.”

Now, a team co-led by Andreoni and Coughlin report that the mysterious flash was actually a powerful energy beam–an immensely energetic jet made of ultrafast particles and pointed at Earth, fueled by a black hole eating a star many billions of light years from our planet. A tidal disturbance event (TDE) is a type of radiant cosmic phenomenon.

The researchers concluded that this unusual blast, named AT2022cmc, is “the furthest jetted TDE discovered so far and the only one for which it was possible to observe a complex optical light curve that transitions from a fast red component into a blue plateau,” according to a study published on Wednesday in Nature. A companion study, which was published in Nature Astronomy at the same time, presented a detailed model of the birth of this jet.

The surprise discovery “reaffirms the necessity to have truly eyes-wide-open searches of these vastly growing astronomical datasets we have,” said Coughlin in the call, noting that he and Andreoni were looking for a completely different type of astronomical event in their ZTF survey. “This is a great example in astronomy of a willingness to look outside the box for exciting things.”

“It’s a source we didn’t really think hard about until after it was discovered, because it’s so rare,” noted Andreoni. “It’s not quite the first thing you think about–an event that is detected once every 10 years, if that–and that has never been discovered before in the optical [wavelengths]. This is unprecedented.”

Though black holes are often invisible to light-based astronomy, they can paradoxically produce some of the brightest light shows in the universe if they get into feeding frenzies. If stars are too close to black holes, they may be ripped apart by intense tidal force in extreme environments. As it consumes its starry meal, a black hole can shoot out “relativistic” beams of particles, meaning that they travel at close to the speed of light.

Jets that are pointed directly at Earth can be visible across huge distances, though none has been quite so far-flung as AT2022cmc. The European Southern Observatory’s Very Large Telescope captured the event and revealed that the jet originated in a time when the universe was just a few billion year old. In addition to breaking the distance record for TDEs, the presence of so much visible light from AT2022cmc opens a new window into the mysterious mechanisms that power these jets.

“This is already telling us a story about the environment surrounding this very massive black hole,” Andreoni said. “It also tells us about the timescale of formation of the jet, as compared to the disk of material around the black hole that accretes and keeps pumping out energy that we can observe.”

“The other nice effect is that, of course, it is very challenging to estimate how often a [jet] birthing happens,” Coughlin added. Coughlin said that while people had previously made such estimates based upon X-ray detections, the Zwicky Transient Facility, which has been in operation for about four years, now shows us one [in optical light].. This actually puts quite strong constraints on how often they can happen.”

With these new revelations in hand, astronomers are better equipped to search for more of these mind-boggling events across the universe, which will help to unravel their explosive secrets.

“We are trying to contribute to a coherent picture of all these tidal events that we observe, with and without jets,” Andreoni said. “This is an important question because the moment you find the connection, then you can have a much better insight on what’s actually going on when a star is disrupted by a black hole.”

“We just need to observe more and deeper,” he concluded. “I think we’ll get much closer to understanding why they’re so rare, and the astrophysics of these events.”