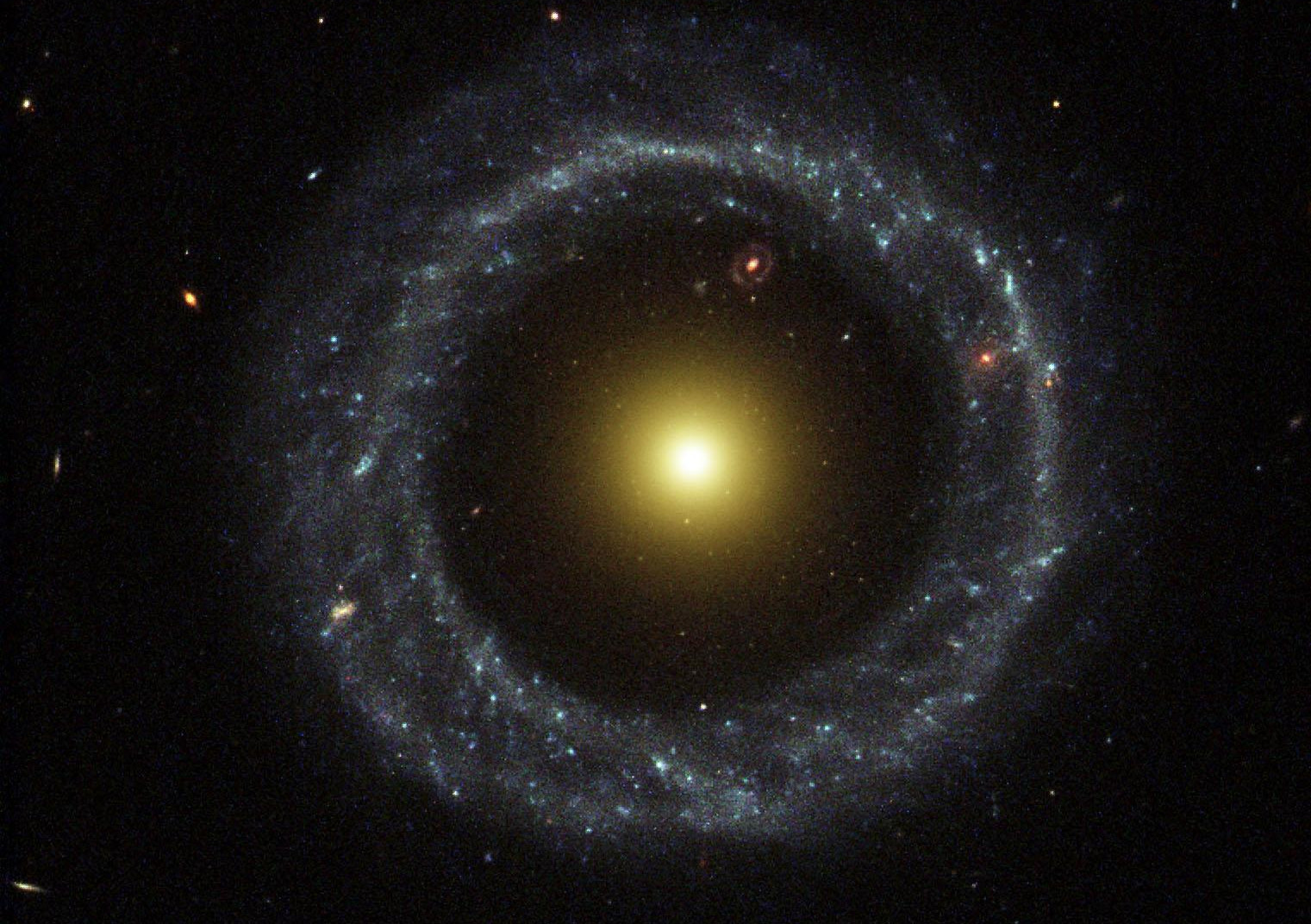 Ring galaxies are some of the rarest galaxies found throughout our universe, and for years scientists have scratched their heads, trying to figure out exactly how these galaxies came to be. Ethan Siegel is an astrophysicist who believes we might finally understand the uniqueness of these galaxies.

The universe is vast, and it’s not surprising that some galaxies might be different. While we have plenty of spiral galaxies, like our own Milky Way, these are only the most common types of galaxies out there. Others, such as irregular or elliptical galaxies, are also possible. But only 1 out of 10,000 falls into this super rare category, Siegel says.

In an article published on Big Think, Siegel outlines what he believes could be an explanation for ring galaxies. The first of these galaxies, the Hoag’s Object, was just discovered in 1950 and has always stumped researchers because of its unique design. According to photos taken of other ring galactices, it is possible that they are the result of galactic collisions.

Based on prior research, Siegel claims that they don’t come from planetary nebulae. This is because their stars are the only thing they contain, and not gas or other ejecta. Further, they aren’t made from younger galaxies being stretched and ripped apart to surround an older, more massive galaxy.

Siegel also says they aren’t an example of gravitational lensing, which we sometimes use to look deeper into the universe using telescopes like the James Webb Space Telescope and can distort our view of objects. Siegel suggests instead that rings galaxies are formed when one galaxy collides into the center of another, causing ripples through it.

These ripples, Siegel explains, then go on to form the ring galaxies that we see and appreciate today. One particularly intriguing piece of evidence is the Cartwheel Galaxy, which Webb imaged last year. Siegel says that a small galaxy pictured to the left appears in disarray, which could be accounted for if it had ripped through the center of the Cartwheel Galaxy.

It’s not clear if this explanation of ring galaxies holds true, since our ideas and beliefs about space change all the time. Perhaps more information to back up this belief will come in the future, or we’ll continue scratching our heads, waiting for more proof to help solidify our beliefs.