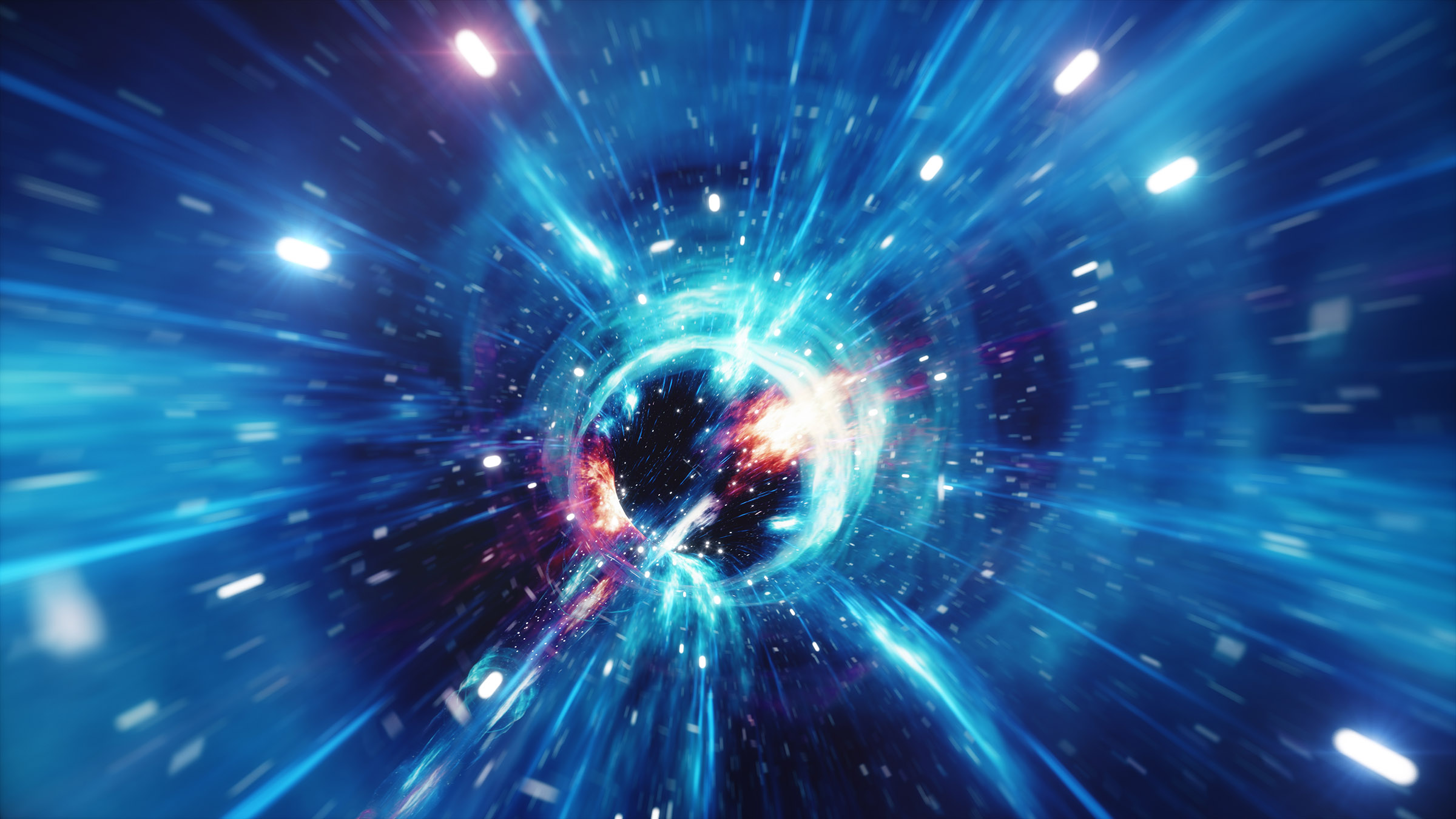 Wormholes are an intriguing bit that most people probably chalk up to science fiction. Although it’s exciting to see the Millennium Falcon speeding along hyperspeed in Star Wars , there is no way that we can ever travel at such speeds. It might be possible. New research has shown that scientists have been able to create a man-made, quantum-processed wormhole.

Of course, this isn’t to be misconstrued. They didn’t actually make a wormhole that someone was able to rip through space and time. Instead, they made a small, crummy wormhole on a quantum processor that could help teach us more about traversable wormhole dynamics. The man-made, even crummy, wormhole could contain a lot of data.

The physicists shared a paper detailing their findings on the man-made wormhole in the journal Nature. According to that paper, the “baby wormhole” was a successful attempt at observing traversable wormhole dynamics, something physicists have been trying to understand for decades. It could become even more crucial, given that scientists have recently discovered a method to find space-bound wormholes ,.

Because the wormhole was technically made using a quantum processor, the researchers have begun calling it an “emergent black hole.” That’s because it was more of a simulation than a physical entity like the stellar black holes astronomers continue to observe in our universe. It did not have a physical sign. Instead, the man-made wormhole was just a simulation.

Had the simulation managed to make a real-world wormhole, then it would be no different than saying that drawing a wormhole on a piece of paper created one, Scott Aaronson, a quantum computer expert, told The New York Times. Whether or not mankind could actually make a wormhole is another question altogether, though. And if we did, would the man-made wormhole act as other wormholes do?

The answer is not yet known as we do not have the technology needed to create a wormhole.

The post Scientists just made a wormhole to learn more about traversing space and time appeared first on BGR.