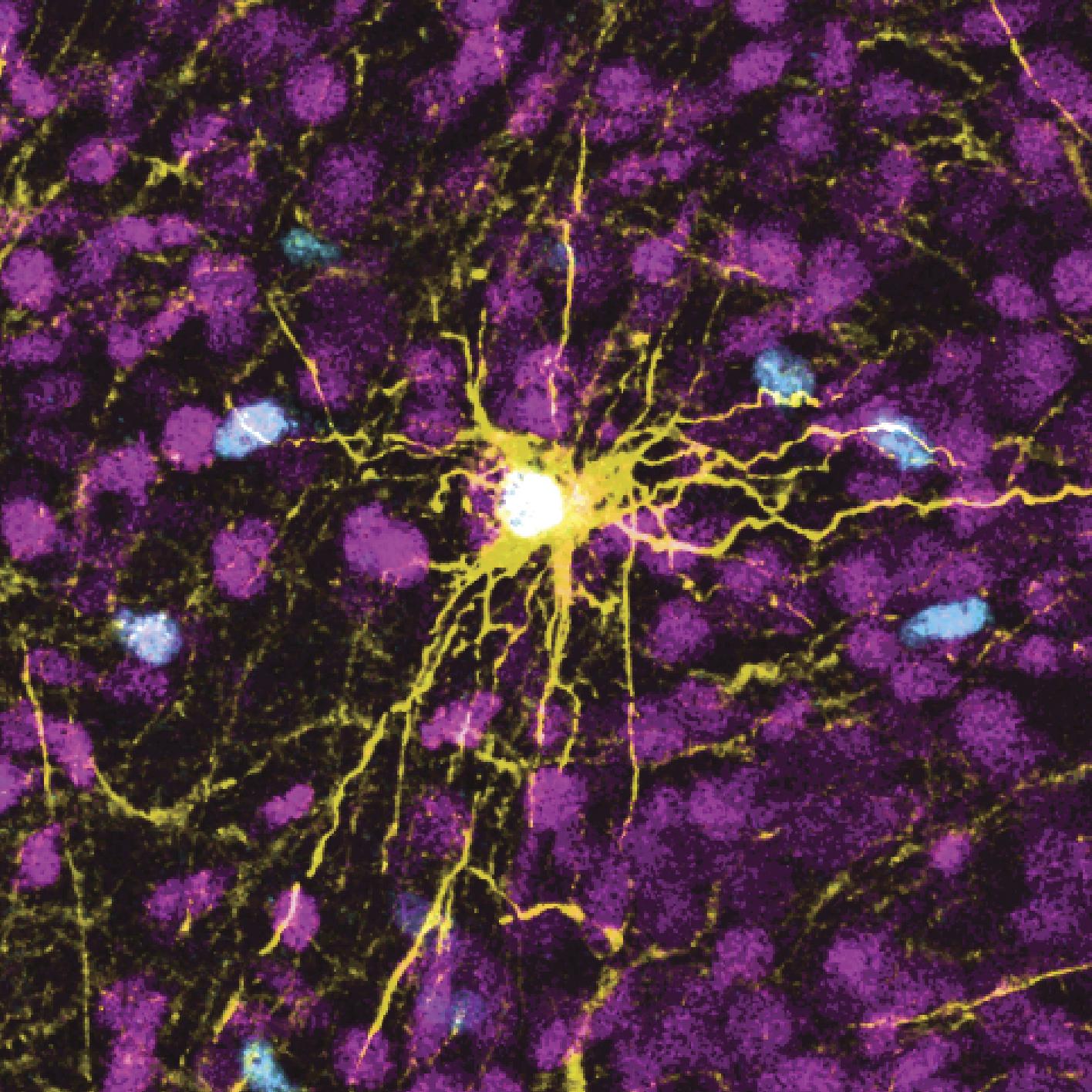 Scientists have transplanted human brain cells into the brains of baby rats, where the cells grew and formed connections.

It’s part of an effort to better study human brain development and diseases affecting this most complex of organs, which makes us who we are but has long been shrouded in mystery.

“Many disorders such as autism and schizophrenia are likely uniquely human” but “the human brain certainly has not been very accessible,” said said Dr. Sergiu Pasca, senior author of a study describing the work, published Wednesday in the journal Nature.

Approaches that don’t involve taking tissue out of the human brain are “promising avenues in trying to tackle these conditions.”

The research builds upon the team’s previous work creating brain “organoids,” tiny structures resembling human organs that have also been made to represent others such as livers, kidneys, prostates, or key parts of them.

To make the brain organoids, Stanford University scientists transformed human skin cells into stem cells and then coaxed them to become several types of brain cells. Those cells then multiplied to form organoids resembling the cerebral cortex, the human brain’s outermost layer, which plays a key role in things like memory, thinking, learning, reasoning and emotions.

Scientists transplanted those organoids into rat pups 2 to 3 days old, a stage when brain connections are still forming. The organoids grew so that they eventually occupied a third of the hemisphere of the rat’s brain where they were implanted. Neurons from the organoids formed working connections with circuits in the brain.

Human neurons have been transplanted in rodents before, but generally in adult animals, usually mice. Pasca, a psychiatry professor at the Stanford School of Medicine, said this is the first time these organoids have been placed into early rat brains, creating “the most advanced human brain circuitry ever built from human skin cells and a demonstration that implanted human neurons can influence an animal’s behavior.”

To examine a practical use of this approach, scientists transplanted organoids into both sides of a rat’s brain: one generated from a healthy person’s cells and another from the cells of a person with Timothy syndrome, a rare genetic condition associated with heart problems and autism spectrum disorder.

Five to six months later, they saw effects of the disease related to the activity of the neurons. There were differences in the two sides’ electrical activity, and the neurons from the person with Timothy syndrome were much smaller and didn’t sprout as many extensions that pick up input from nearby neurons.

Researchers, whose study was funded partly by the National Institutes of Health, said they could do the same sorts of experiments using organoids made from the cells of people with disorders such as autism or schizophrenia — and potentially learn new things about how these conditions affect the brain, too.

Dr. Flora Vaccarino of Yale University – who previously grew lumps containing cerebral cortex that were made with DNA from people with autism – said the study moves the field forward.

“It’s extremely impressive what they do here in terms of what these cells can actually show us in terms of their advanced development … in the rat,” said Vaccarino, who wasn’t involved with the study.

Such experiments in animals raise ethical concerns. For example, Pasca said he and his team are cognizant of the rats’ well-being and whether they still behave normally with the organoids inside them, which he says they do. Still, Pasca does not believe this should be tried in primates. Ethicists also wonder about the possibility of brain organoids in the future attaining something like human consciousness, which experts say is extremely unlikely now.

Some scientists are studying human brain organoids outside of animals. For example, researchers at ETH Zurich in Switzerland published a study in Nature earlier this month describing how they are growing brain-like tissue from stem cells in the lab and then mapping the cell types in various brain regions and genes regulating their development. Some are using these structures to study autism.

Pasca said brain organoids could also be used to test new treatments for neuropsychiatric disorders, the largest cause of disability worldwide. Such research, he said, should help scientists make strides that have been extremely difficult until now because it’s so hard to get at the human brain – which is “the reason why we’re so much more behind in psychiatry compared to any other branch of medicine in terms of therapeutics.”