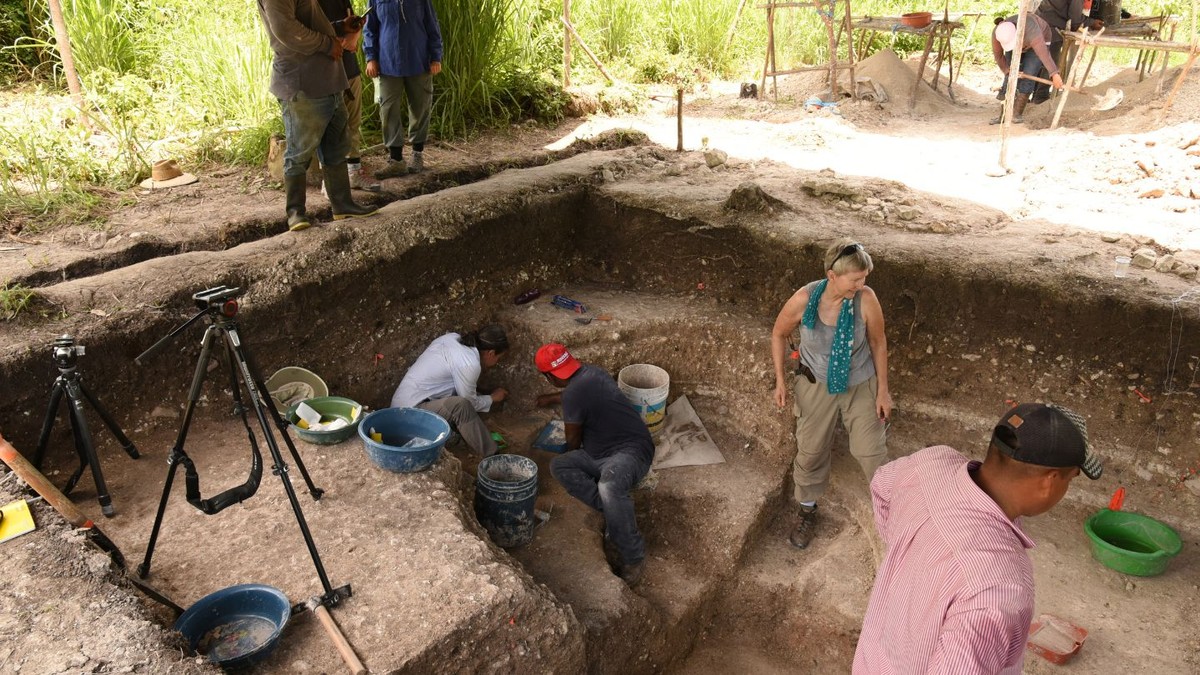 Archaeologists have discovered that indigenous Mesoamericans developed their unique 260-day calendar more than 3,000 years ago, pushing the timeline of this sophisticated timekeeping system back by several centuries and revealing that ancient settlements were built in alignment with cosmic events, reports a new study.

The oldest known written record of this influential calendar dates to around 250 BCE, but researchers have long suspected that it must have originated much earlier. Its 260-day cycle, which is broken down into 13 periods that last 20 days, was central to the Maya and Olmec civilizations that flourished in central America for centuries before the arrival of Europeans, and is still practiced by some of their descendents to this day.

Now, researchers led by Ivan Sprajc, head of the Institute of Anthropological and Spatial Studies Research Center at the Slovenian Academy of Sciences and Arts, have used aerial laser observations, known as LiDAR, to show that ancient architectural complexes in southern Mexico are aligned with celestial cycles, such as the rising and setting of the Sun, that correspond to the 260-day calendar.

The discovery provides “the earliest evidence of the use of the 260-day calendar, centuries earlier than its previously known use in textual records,” according to the team’s study, which was published on Friday in Science Advances. Sprajc stated that a complicated worldview in which astronomical knowledge was conditioned by practical concerns and which was abundantly documented in later Mesoamerica…began taking shape earlier than thought and was already manifested in the earliest monumental structures.

In addition to the solar alignments, “several early orientations refer to the major extremes of Venus and the Moon,” Sprajc added. “The results of our research thus push back in time not only the origins of the calendar but also of precise astronomical observations, which resulted in the sophisticated astronomical knowledge of the Maya and other Mesoamericans, attested in much later monumental inscriptions and manuscripts from the Classic and Postclassic periods (c. 250 – 1520 CE).”

Sprajc has spent much of his career in the field, mapping out the orientations of ancient Mesoamerican sites and reconstructing their astronomical and cultural significance. LiDAR can help with this because it can uncover huge amounts of archaeological sites, many of which were not previously known.

With the help of study co-author Takeshi Inomata, an archaeologist and Maya expert at the University of Arizona who has made many discoveries with LiDAR, Sprajc began the meticulous work of measuring the astronomical orientations of 415 ceremonial complexes built during the Formative period, to see what they revealed about these communities.

To his surprise, the results showed a clear link to the idiosyncratic 260-day calendar, punctuated by the reverence for the numbers 13 and 20. The findings demonstrate that the core structure of Mesoamerican timekeeping was in place at least 3,000 years ago.

“My initial objective was not to probe the origin of the 260-day calendar,” Sprajc said. “It was thus a surprise to find out that even many constructions built as early as c. 1100 to 800 BCE (the whole data sample included also many later sites) recorded the Sun’s positions on dates separated by multiples of 13 or 20 days.”

“Most remarkably, the most widespread of the early orientation groups marked sunrises on February 11 and October 29, separated by exactly 260 days,” he continued, noting that “this is also the most numerous alignment group in later Maya Lowland architecture and common also elsewhere in Mesoamerica.”

This new extended timeline of the Mesoamerican calendar, which is unlike anything else in the world, sheds light into the mysterious lives of these ancient peoples. The Gulf Coast of Mexico saw a mixture of hunters-gatherers as well as more sedentary cultures, which led to the construction of impressive structures and settlements.

Accurate timekeeping played a major ceremonial role in festivals and rituals, but it may have also emerged as a practical way to manage agricultural activities that were necessary to feed these growing communities.

“Trends in monumental architecture were common elsewhere, but they were mostly linked to the Sun’s extremes (solstices), or to the Moon’s naturally important positions. Sprajc said that it was surprising that formal observational calendars that were more complicated than ours had been created in this early stage. “It is possible, however, that this is due to the growing importance of maize farming (which requires the proper scheduling of work in the yearly cycle, and the associated ceremonial activities) as well as the presence of sedentary communities. Accurate solar calendars cannot function without observations from a fixed point (accurate sundials are only functional with observations from a fixed place).

To that end, Sprajc and his colleagues–including study co-author Anthony Aveni of Colgate University–hope to build on this work by using LiDAR to investigate other questions about these ancient peoples, who were clearly expert skywatchers.

“Fieldwork is still imperative, of course, but can be much more focused and cost-effective,” Sprajc concluded. “LiDAR has enabled the study of a much more comprehensive amount of material vestiges, which shed light on multiple aspects of life in the past and, for societies without written records, represent the only source of information.”

The post Scientists Discovered These Ancient Cities Have a Secret Link to the Cosmos appeared first on VICE.