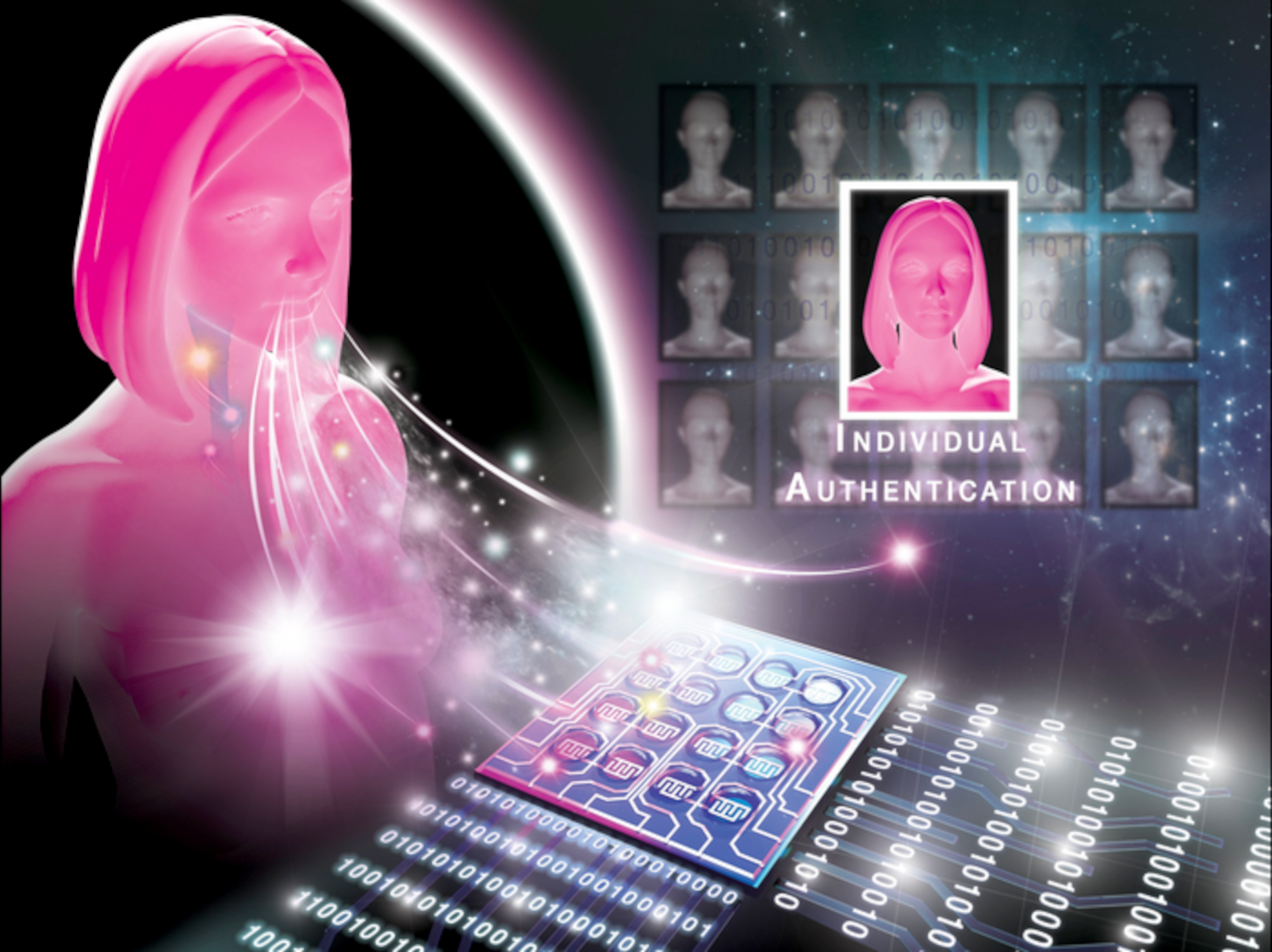 Biometric authentication could soon be revolutionized as scientists in Japan have developed a security tool which identifies people by their breath.

Being able to fully rely on identity check systems is more crucial than ever for public institutions such as airports but also a wide variety of private companies.

Researchers from Kyushu University said their olfactory sensor had an accuracy of 97 percent in a first series of tests.

Chaiyanut Jirayupat from Kyushu University’s Institute for Materials Chemistry and Engineering is the first author of the study. He spoke about how these techniques could be more effective than security checks using fingerprints, voice, or palm prints.

“Physical characteristics can be copied, or even compromised by injury.

“Recently, human scent has been emerging as a new class of biometric authentication, essentially using your unique chemical composition to confirm who you are.”

Jirayupat said his team of researchers had initially focused on percutaneous gas. This term means compounds produced by individuals’ skin.

He explained: “These methods have their limits because the skin does not produce a high enough concentration of volatile compounds for machines to detect.”

The scientists then evaluated the possibilities an examination of the human breath would offer.

Jirayupat underlined that the human breath had previously been used to find out whether a person had cancer, diabetes, and COVID-19.

The Kyushu University research group determined a total of 28 compounds in subjects’ breath that could be used for biometric authentication.

They went on to develop an olfactory sensor array with 16 channels. They can each identify a particular range of compounds. A machine analyzed the sensor data from each person’s mouth and created an individual profile.

Study leader Takeshi Yanagida pointed out that the researchers had achieved an average accuracy of 97. 8 percent during the first series of tests on six people.

Yanigada stressed that this high level of accuracy had remained consistent when the sample size was increased to 20 individuals. He stated that this was an eclectic group with individuals from different ages, genders and nationalities. It’s encouraging to see such a high accuracy across the board.”

Yanigada made clear that further research was needed to introduce the system.

He explained: “In this work, we required our subjects to fast for six hours before testing.

” We have a solid foundation.

“We have a solid foundation. We will refine the technique so that it works regardless of your diet.

The Kyushu University team of researchers cooperated with Tokyo University for this study, which was published June 22 in Chemical Communications journal.