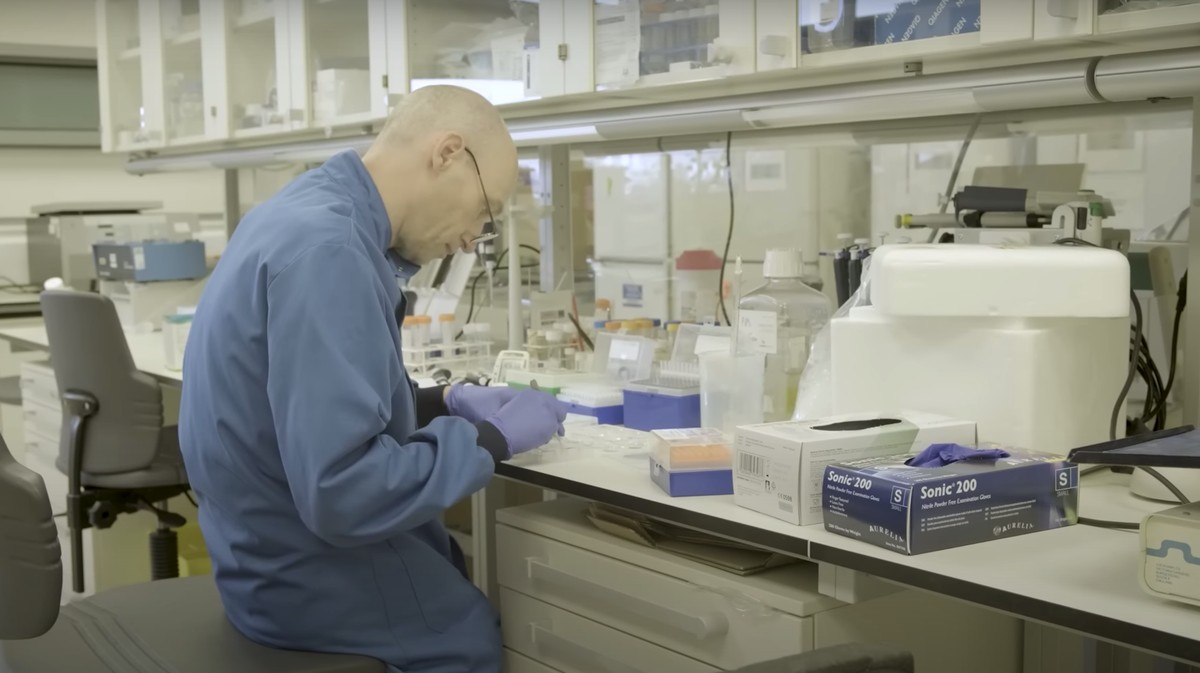 Blood transfusions are an important way to replace lost blood, often saving lives in the worst possible circumstances. However, not all people can afford the procedure. Patients with rare blood types may not be able to meet these requirements. What if patients could have blood from a laboratory?

The U.K. National Health Service (NHS), announced Monday it had begun a clinical study in which researchers will administer laboratory-grown blood cells to patients. Notably, this is the first time ever that red blood cells grown in a lab will be given to another person as part of a blood transfusion trial.

A YouTube video from NHS explains how RESTORE, a clinical trial, was set up by the University of Bristol to evaluate whether laboratory-grown blood cells can be as good or better than those produced in the body. We hope that the cells will be more effective because they are so fresh and ready to use. This will make it a first in the world. “We’ve taken cells from the donor, and put them in a donor who’s not related to us. They’ve been matched,” said he.

These cells don’t just come from a laboratory. They’re red blood cells grown from human blood stem cells, specifically CD34+ cells isolated from adult donor blood. The NHSBT blood donor database was used to recruit donors. Using stem cells allows researchers to pretty much conjure up whatever type of blood cell type they need, with the hope that it won’t be rejected by the body.

As Troye explained in a follow-up email with Motherboard, laboratory-made blood has been transfused before through autologous transfusion, in which researchers utilized stem cells from a donor and then put the lab-grown red cells back into the person. This is however the first allogeneic transfer of blood to another individual.

“Most blood donations are allogenic. The trial that we’re doing here is allogenic. We take the donor cells and put them in another person to see their performance vs. what the red cells produced by the body. (The order in which the patients receive the transplants will depend on how the clinical trials have been conducted).”

The group has already transfused mini doses into two recipients with lab-grown red blood cells, but the rest of the trial will continue over the next few months. According to the press release, the study will recruit a minimum of 10 participants, who will receive two mini-transfusions at least four months apart (one of the standard donated red cells and one of lab-grown red cells). Further trials will be necessary before this method is implemented on a wide scale.

However, if the manufactured red blood cells do indeed outlast the standard ones, this could have implications for individuals with blood disorders, rare blood types, or complex transfusion needs.

“This world-leading research lays the groundwork for the manufacture of red blood cells that can safely be used to transfuse people with disorders like sickle cell,” Dr Farrukh Shah, Medical Director of Transfusion for NHS Blood and Transplant, said in a statement provided by a NHS spokesperson. “The need for normal blood donations to provide the vast majority of blood will remain. But the potential for this work to benefit hard to transfuse patients is very significant.”