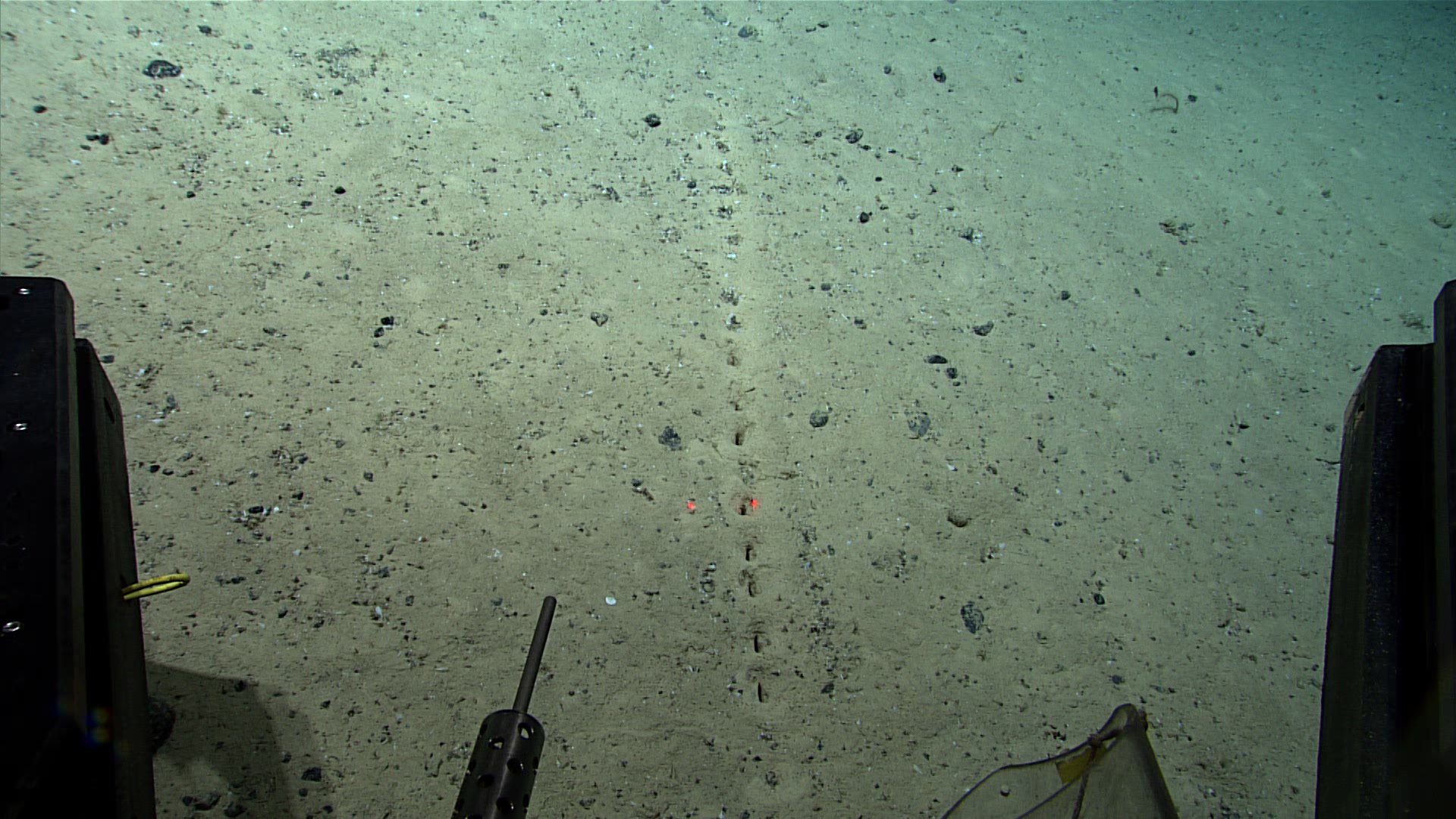 Scientists have discovered a series of mysterious and seemingly “human-made” holes 1. 6 miles (2,540m) below the surface of the Atlantic Ocean — holes that have left them “stumped” for answers.

The unexplained holes were discovered and photographed on Saturday by a remotely operated submersible as part of National Oceanic and Atmospheric Administration’s (NOAA) second Voyage to the Ridge 2022 expedition in which scientists are exploring and mapping the Mid-Atlantic Ridge, an immense underwater mountain range, north of the Azores archipelago.

During a dive on Saturday, NOAA scientists probed the ocean floor at depths of approximately 1. 6 miles while visiting the summit of an underwater volcano north of the Azores – an autonomous region of Portugal in the mid-Atlantic.

They used a remote camera to capture perfectly aligned holes in seabed. They found the holes in the seabed more than one mile below the surface of the ocean near the Azores.

According to a post on the NOAA website, scientists attempted but were unable to take a look inside the holes and “poke them” with tools on the remotely operated vehicle.

Scientists were left so baffled by the discovery that they invited members of the public to offer their theories on the origins of the inexplicable holes.

On Saturday’s #Okeanos dive, we saw several sublinear sets of holes in the seafloor. Scientists are still puzzled about the origin of these holes. Although the holes appear to have been made by humans, small piles of sediment surrounding them indicate that they may have been excavated by…something.

“On Saturday’s Okeanos dive, we saw several sublinear sets of holes in the seafloor. The origin of the holes has scientists stumped. The holes look human-made, but the little piles of sediment around them suggest they were excavated by something,” NOAA Ocean Exploration, which is dedicated to exploring the global ocean, says in a tweet on Monday.

The Mid-Atlantic Range spans the north-south length of the Atlantic Ocean and stretches for 10,000 miles, making it the longest mountain range in the world and one of Earth’s most impressive geological features. Since most of it sits underwater, it remains largely unexplored and therefore poorly understood.

Scientists previously reported the discovery of similar tracks of holes in the same region in 2003. However, the previous researchers were as stumped as the current NOAA expedition team about their origins and the holes remain a mystery. However, the current consensus is that they are of “biological origin .”

“[W]hile scientists are not sure how the holes form, they hypothesize that the holes are likely biological in origin, using the term ‘lebensspuren,’ which translates to ‘life traces,’ to describe the holes,” NOAA writes.