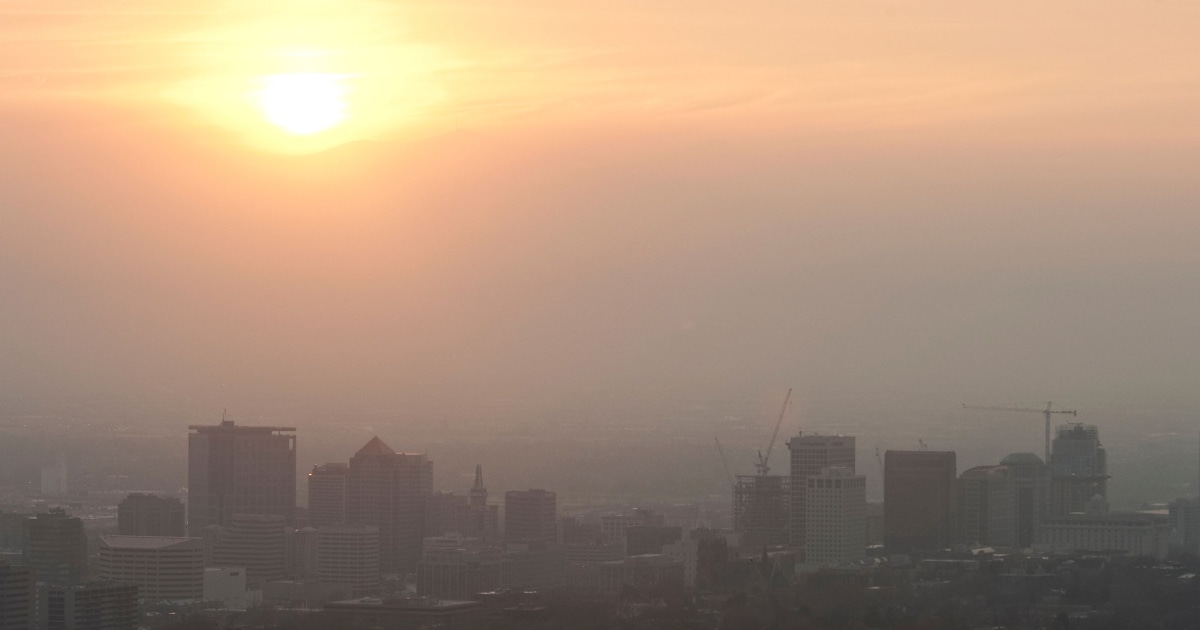 Neighborhoods higher in elevation — more often above the inversion’s cap — are typically less impacted as pollution builds. Residents living on the west can become trapped in thicker pollution from car exhausts, refined emissions, and other polluting substances.

“It irritates the eyes and gives me sinus infections,” said Jorge Casillas, 58, who has lived on the west side for 15 years. “It’s hard to be trapped in the valley.”

Overall, emissions have improved in Salt Lake City, mostly because of vehicle emissions standards enacted by the Obama administration’s EPA, according to Perry. In 2021, the EPA proposed relisting Salt Lake City’s area to “attainment” small-particle pollution that it was not adequately controlling.

” “When we move to electric cars, our air quality will improve significantly,” Perry stated.

But wildfires and dust storms off Great Salt Lake are erasing the progress that has been made. For those in the West Side, it adds a new layer of concern for their health.

“There’s so much sediment and so much trapped for so long. It’s pulling up stuff that’s been trapped for 100 years,” Casillas said. Are there any carcinogens? That’s what I’m worried about. There are so many kids in this neighborhood.” Some Utahans have been scared by the constant media attention on dust and pollution.

When USGS researchers mapped the samples collected from their dust traps, they found something interesting.

While other metals such as nickel, thallium and lead were more likely to exceed those EPA markers in poorer, less-white communities like Rose Park, arsenic was more concentrated in samples from wealthy communities, possibly because of its past use as a fertilizer on agricultural lands.

The researchers suspect that urban, diverse neighborhoods are receiving much of their dust and the toxic metals within that dust from local sources — nearby polluters or construction projects. It’s also possible that dust from the Great Salt Lake and other nearby playas picks up local pollutants from nearby mines, refineries and pesticides as dust travels into the city.

Meanwhile, researchers found the highest levels of dust — and metals — in suburbs outside urban Salt Lake City. Researchers suspect communities north of the city, including areas such as Syracuse, Ogden and Bountiful could be receiving the majority of the dust that blows off the lake. Workers were building new homes in the vicinity of what used to be the lakeshore at less than one mile.

These areas are an air monitoring dead zone, Perry said.

“There’s almost no sampling done north of Salt Lake City,” he said. “We’re really lacking a coherent network to answer the question of who is impacted the most.”

Putman and colleagues this year set up another 17 dust traps — all nicknamed “Woody” — in counties north of Salt Lake to better evaluate the risk for those areas.

So much remains unknown. Although the EPA sets screening levels for soil metals, there are no standards for dust exposure.

“How much arsenic does there have to be over a 24-hour-period for dust to cause problems — we don’t know. We don’t have any study that can tell us that,” Putman said. We don’t know the long- or short-term effects of this. We don’t know at all.”

Researchers are also unsure if the arsenic and other metals in the dust are “bioavailable” — meaning they can be absorbed into plants, animals and humans. The testing is still ongoing. Blakowksi is growing cabbage in a laboratory and sprinkling the plants with dust samples from the Great Salt Lake to see how much arsenic they take up.

In California, ratepayers have spent about $2. 5 billion controlling dust emissions on Owens Lake, which was drained by the Los Angeles Department of Water and Power only to become the biggest humanmade source of dust in the U.S..

“The area of currently exposed lakebed is over seven times larger than the entire area of Owens Lake,” Blakowski said, adding that the population downwind is about 50 times larger in Utah’s case. “We can’t wait. It’s just going to keep getting dustier and there are serious human health and ecosystem implications if we sit on this too long.”

Evan Bush is a science reporter for NBC News. He can be reached at [email protected]