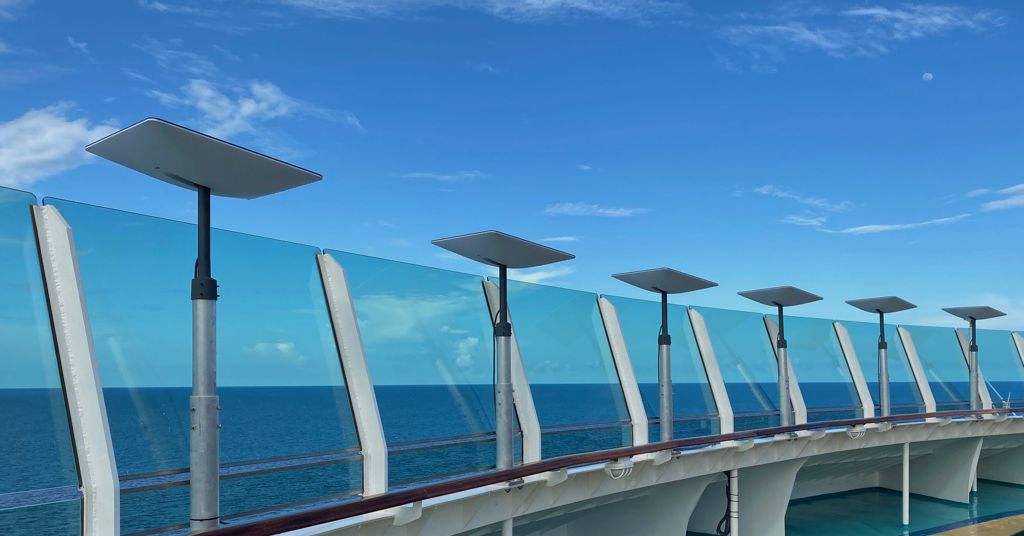 Royal Caribbean, the cruise company that also operates Celebrity Cruises and Silversea Cruises, has announced that it’ll be outfitting its fleet of ships with SpaceX’s Starlink internet service (via TechCrunch). According to the company, the new service will improve the speed and reliability of internet at sea.

Royal Caribbean seems to be moving full steam ahead with deploying Starlink — it trialed the service on one of its ships over the summer, and will be officially launching it on September 5th, starting with a ship called the Celebrity Beyond. The company expects to have the service fully deployed across its fleet by the first quarter of 2023.

Royal Caribbean’s announcement doesn’t include technical details, like how many Starlink dishes its ships would use, or how much bandwidth would be split between a few thousand passengers. However, the company does promise that people will be able to use streaming services and make video calls.

SpaceX’s boat-focused internet service, Starlink Maritime, is relatively new, having debuted earlier this summer. Currently, it only covers coastal waters in parts of North and South America (including the Caribbean), Europe, and around Australia and New Zealand, but SpaceX says it plans on covering most of the world’s oceans by Q1 2023.

SpaceX has a lot going on with Starlink at the moment. Perhaps the most obvious is its partnership with T-Mobile to beam texts and calls to cell phones, using second-generation satellites that it plans on launching next year. The company is also working with Hawaiian Airlines and charter carrier JSX to provide in-flight Wi-Fi, something that Delta (and likely others) are also looking into. The company has just launched a Starlink version for RVs ..

Meanwhile, the cruise industry has had a hard time recovering from the pandemic, according to a report from Reuters. Cruise companies, like many others, have faced staffing problems, some of which led to cancellations. There’s also the question of whether people will continue to spring for luxuries like cruises, as financial leaders like Federal Reserve Chair Jerome Powell warn that efforts to fight inflation will “bring some pain to households and businesses.”

The post Royal Caribbean is putting SpaceX’s Starlink on its cruise ships appeared first on The Verge.