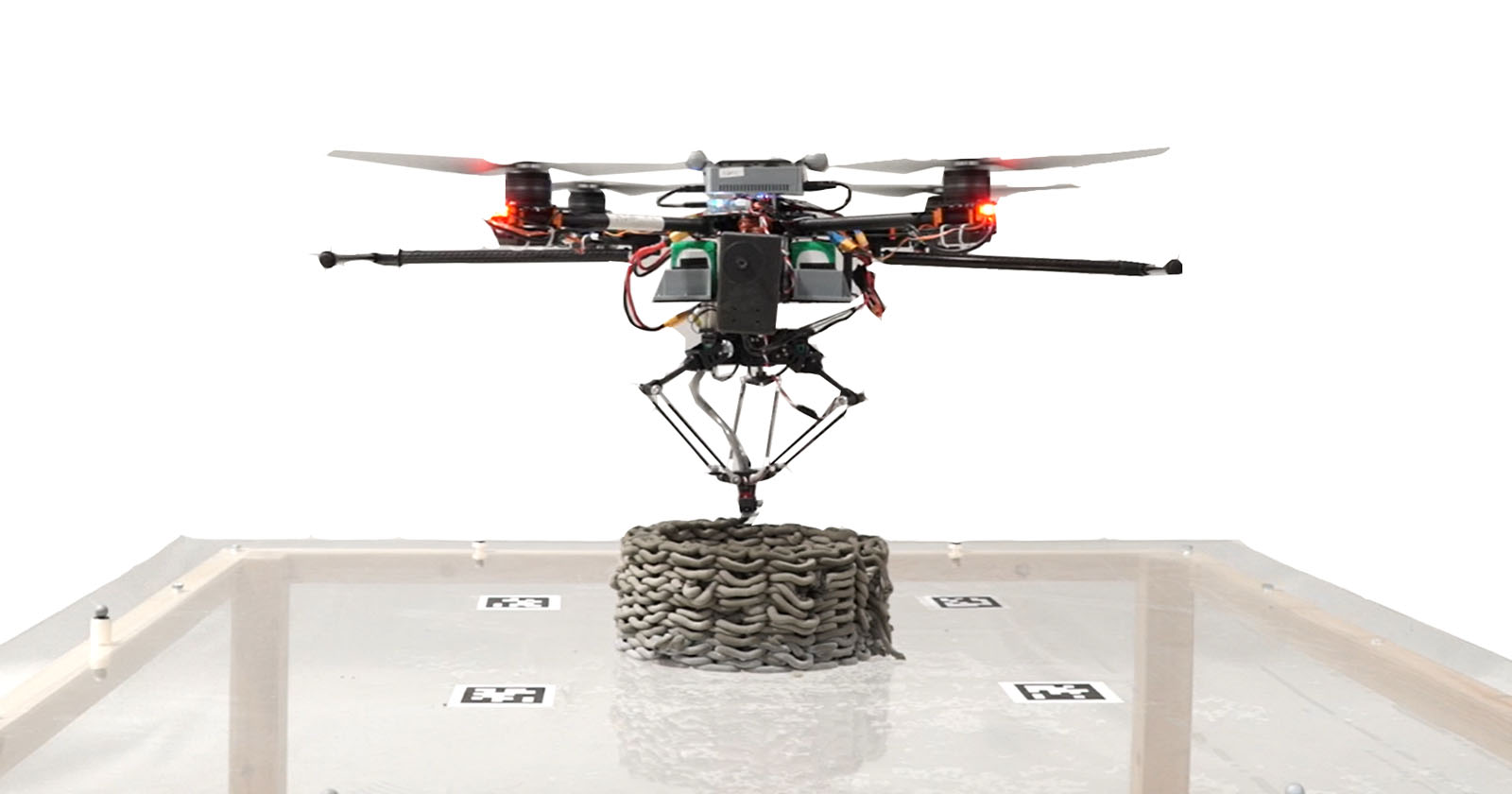 Researchers have programmed a swarm of drones to 3D-print small towers, the first such instance of flying robots printing things in the air that could help reconstruct buildings in the aftermath of a natural disaster.

Scientists and engineers were inspired by the works of bees and wasps who work together to create large intricate structures by depositing materials.

The team from Imperial College London envisioned a future where swarms of drones could be used to repair buildings or make them from scratch, a paper in Nature revealed.

They were able to construct the structures, some of which reached over two meters tall, within five millimeters of the original blueprint, but combining 3D-printing technology with flying robots was an enormous challenge.

One of the most difficult challenges was accuracy. To ensure the stability of a tall structure, each layer needs to overlay precisely onto the one below.

So, the researchers used drones that could scan the structures to see what has been built which guides them into printing the material in exactly the right spot.

It was difficult to get the drone in the correct spot, as they can drift in flight. This is especially true in outdoor conditions. Accordingly, the team created a printhead that adjusts its position to compensate for the movement of the drone.

In the above video, the drones use expanding foam to build with, it is less predictable but the material is very lightweight which is extremely important.

Drones had to be light to conserve energy. As drone owners know, batteries can cause problems. The team from the Aerial Robotics Laboratory at Imperial College London even created a new cement-like material that could be carried by the drone, printed while soft, and would then harden.

Director of the team, Mirko Kovac, tells MIT Technology Review that the method could be used to construct buildings in far-flung places like the Artic, or even Mars.

The remarkable technology can also be used to fix facades and pylons without needing scaffolding.

The researchers wanted the drones to work in harmony, just like wasps and bees. They designed them to be semi-autonomous so they can adapt to changes as they’re building.

Aerial printing can also be scaled. You don’t have to use a larger printer than what you are building if you have smaller printers.

3D printing via drones could be more environmentally friendly since builders won’t need a bigger printer if they have access to a squad of flying printers.