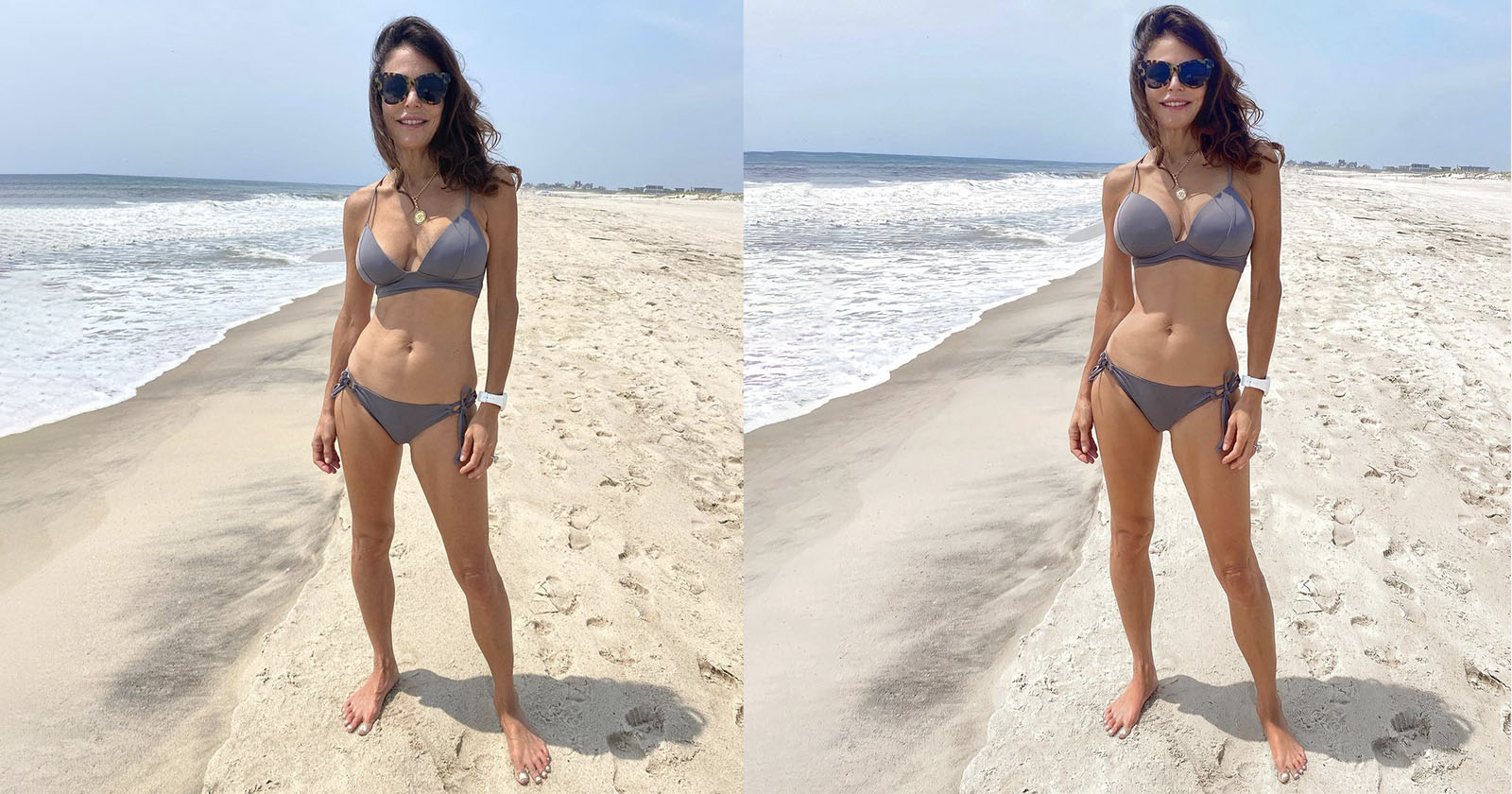 Reality TV star Bethenny Frankel has revealed how “deceptive” editing and filters can be, by posting a Photoshopped image of herself in a bikini on Instagram. Frankel is a former

Frankel shared a heavily edited photo of herself in a bikini last week alongside an unaltered version of that same picture to demonstrate how Photoshopping and filters can change her appearance.

In a caption to the Instagram post she shared last week, Frankel explained just how damaging filters can be and dubbed them outright “inaccurate.”

“Filtering is lying: it is deceptive. Frankel says it makes women feel bad about themselves.

“It makes young girls insecure and obsessed with an unattainable perfection,” she adds. It makes mothers and middle-aged women feel unsecure

” This creates an unrealistic ideal for men. It’s the opposite of inspirational. It’s destructive. It’s irresponsible. It’s insecure and it’s inaccurate. There is a line between making an effort to look pretty and an outright falsehood,” she adds.

Frankel’s post racked up over 150,000 likes on Instagram. Many users applauded her for speaking out about the harmful effects caused by celebrities who are known for photoshopping their social media snapshots.

Im an interview with HollywoodLife, Frankel spoke out about how celebrities use professionals to edit their photos and ordinary women can not “keep up” with this.

“Women feel the pressure to [Photoshop] themselves to keep up and even the playing field. Frankel says that it’s not possible to edit photos properly because of the need for a group of professionals.

” Even professional celebrities make errors with their filtering,” she says. “We live in a society where it’s acceptable to filter out an actual body part to exhibit unattainable perfection as reality. It’s disgusting and insecure. It becomes an obsession and sickness of endless vanity.”

Frankel’s comments come after Kim Kardashian came under scrutiny for the considerable amount of editing on her social media photos last week. Commercial photographer and educator, Caroline Ross posted a viral video in which she analyzed the astounding ways Kardashian photoshops her images.