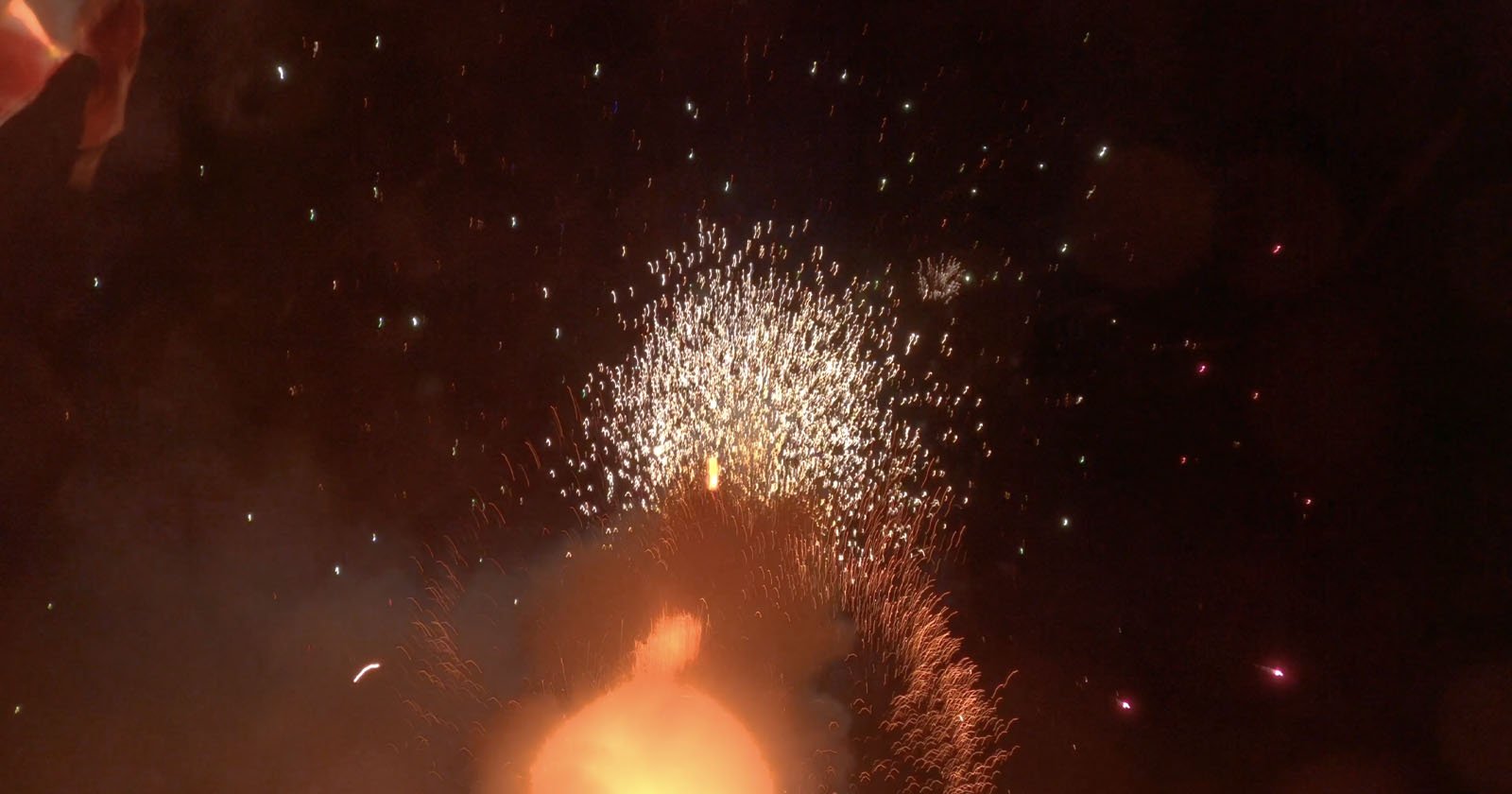 New Hampshire native and photographer Ron Riseman placed a GoPro in the center of the barge that launched his town’s Fourth of July fireworks celebration to provide a rare look at the show as seen from directly below it.

In an interview with DPReview, Riseman explains that his neighbors have a pyrotechnics expert in their family who allowed him to place a GoPro Hero 8 action camera in the middle of the explosives on the launch barge so that he would be able to capture footage of the fireworks igniting, launching, and exploding from an angle few people ever get to see.

A GoPro Hero 8 was placed aiming straight up on a platform in the center of a floating barge full of explosive fireworks for July 4th. This view provides an incredible 3-dimensional view of fireworks in 4K resolution. The GoPro was mounted to a Platypod Pro, which was nailed to the platform to protect it from being blown off the barge as fireworks exploded and projected into the air.

“I felt this could be an interesting perspective as long as the GoPro was able to expose properly for the fireworks. I set the Go Pro HERO8 to record in 4K/60p resolution with a wide lens and 2-stops underexposed. The exposure setting worked out perfectly to capture the color and beauty of the explosions,” Risman tells DPReview.

As he isn’t a pyrotechnics expert himself, Riseman was not permitted to stay on the barge with the camera, meaning once he hit the record button he had to trust that it would record the time between 7:20 PM when the barge set out onto the lake and 9:20 PM when the firework show concluded.

“By the end of the show I had no idea whether the camera survived or whether or not the camera was still recording, but fortunately everything went as planned and the footage captured was as spectacular as I had hoped it would be,” he says.

The video above doesn’t show real-time and only includes the finale of the show. Riseman says he watched the show both in real-time and at four-times slow motion before deciding to publish the footage with the slower speed for what he describes as providing more of an impact. The footage was captured in 4K 60p, edited on a 30p timeline, and slowed down again by 50%.