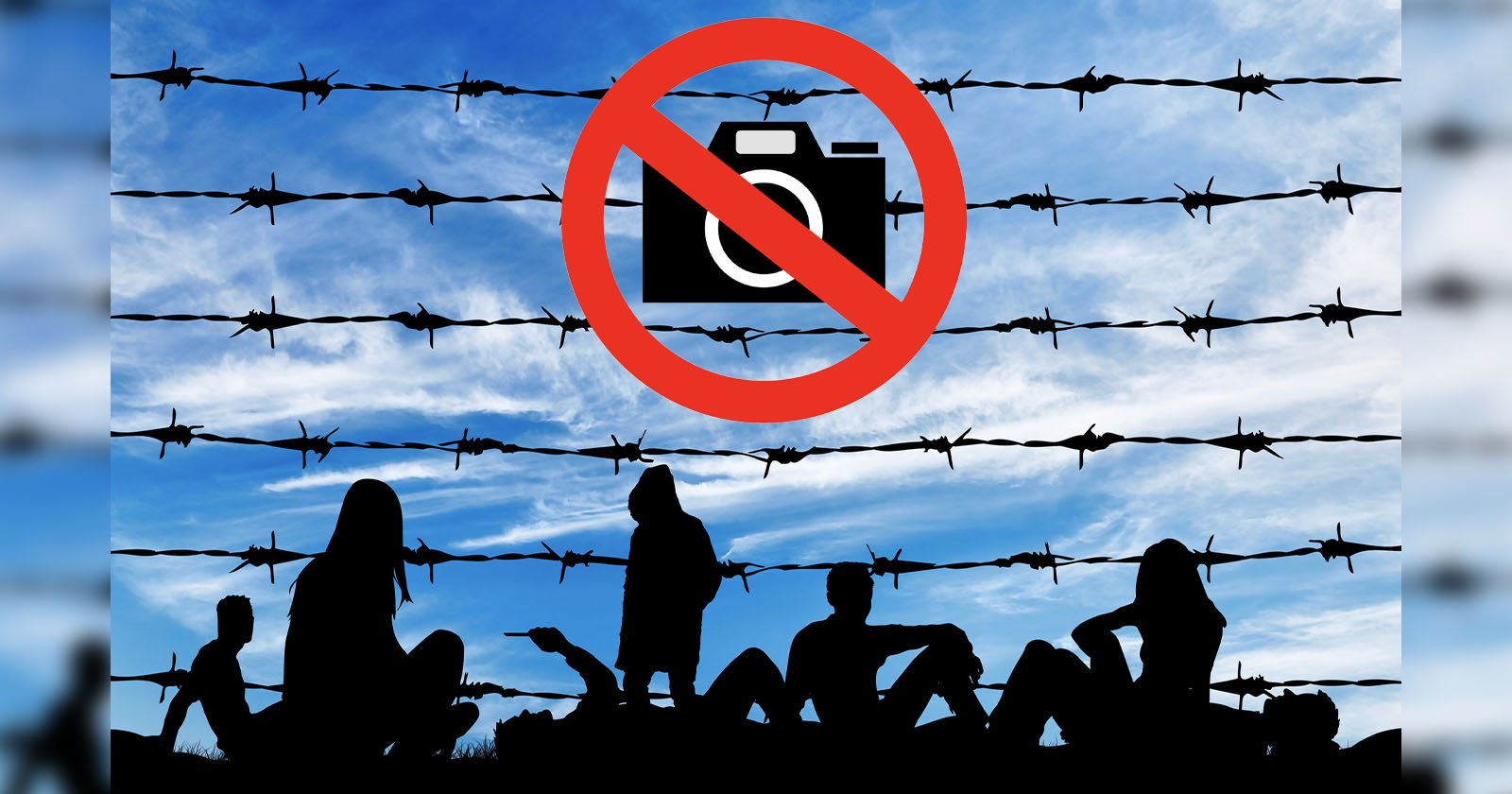 A Pulitzer prize-winning photographer has been fined $1,000 under Spain’s “gag law” when he attempted to take pictures of a refugee camp.

He was photographing thousands of migrants arriving in Spain’s archipelago of the Canary Islands last year.

Bauluz got into a fight with the police, who threatened to fine him for “disrespecting a agent” and refusing to identify himself. Bauluz insisted that Bauluz show his ID.

Footage of Bauluz, who was part of a team awarded the Pulitzer Prize in 1995 for their work in Rwanda, shows the irate photographer refusing to allow police officers to frogmarch him from the scene. The officers accuse Bauluz of insulting them and threaten to fine him under the so-called gag law.

Despite the incident happening a year ago, Bauluz received the fine in the post this week. The award-winning photographer had spent months capturing the story of 20,000 or more people risking their lives to cross into Europe.

The migrants who made the crossing from mainland Africa were forced to live in squalid conditions and police regularly blocked Bauluz and other journalists from approaching the makeshift camp on a dock, reports the Guardian.

” “They made it impossible to tell whether they were male or female, or even if their faces were smiling or crying,” Bauluz says.

“The only thing you can do from that distance is take the kind of photos that feed into xenophobia, showing masses of unidentifiable people.”

What is Spain’s Gag Law?

Spain passed a public security law in 2015, dubbed the “gag law,” which allows authorities to fine journalists and media organizations for distributing unauthorized images of police.

It also contains strict guidelines regarding protests and imposes severe fines on those who violate them. Journalists, photographers and even a female photographer who took a photograph of an illegally parked police car have been fined under the law.