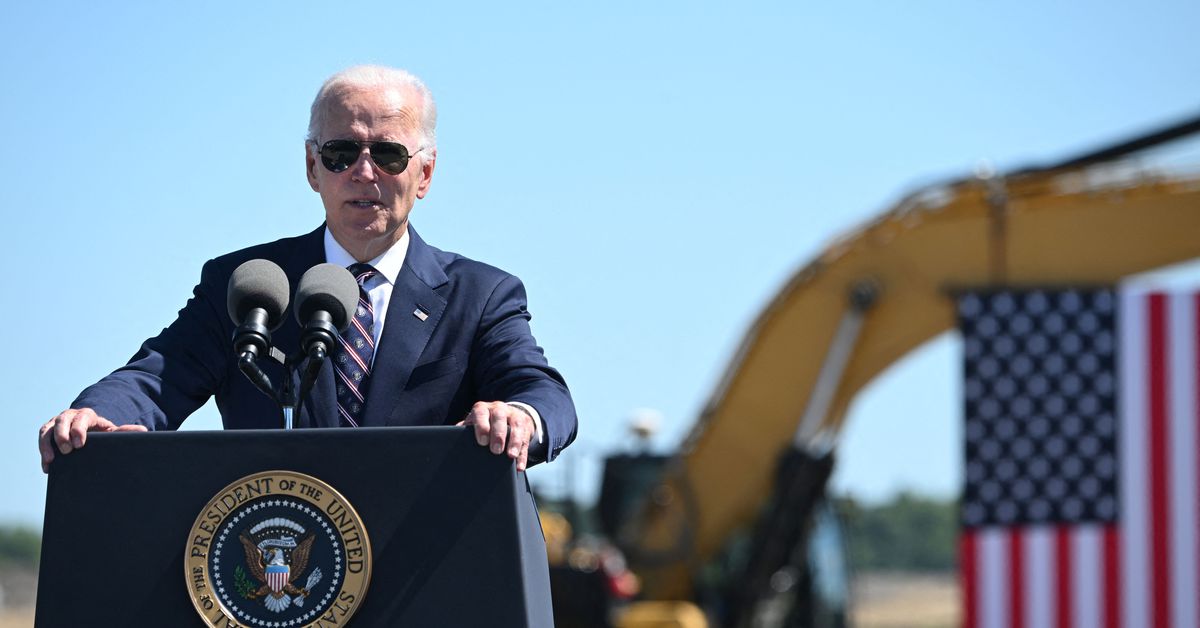 President Joe Biden traveled to Ohio on Friday to celebrate the groundbreaking of Intel’s new $20 billion semiconductor plant, one of the first domestic chip-making facilities to come out of the recently passed CHIPS and Science Act.

Intel’s Friday groundbreaking ceremony kicked off construction of what the company has called the “largest silicon manufacturing location on the planet. ” It’s part of Intel’s plans to invest $100 billion in Ohio over the next 10 years. The company has said that the project could take more than 7,000 workers to build the facility that is expected to house two separate factories and, once finished, employ 3,000 workers.

Intel had previously delayed the plant’s July groundbreaking ceremony because its plans largely relied “on funding from the CHIPS Act,” which Congress had yet to pass. But after a summer of negotiations, Biden signed the $280 billion tech and science bill last month, calling it “a once in a generation investment in America itself.”

The bipartisan deal to boost American innovation in opposition to growing Chinese competition in the tech industry hopes to protect US economic and national security interests following a global semiconductor shortage. The start of the coronavirus pandemic in 2020 fractured global chip supply chains, making it more difficult for device makers to source semiconductors for their products. At the same time, demand for these goods surged as offices closed and people started working from home.

Intel CEO Pat Gelsinger joined Biden for the ceremony he said marked the end of the Rust Belt and the beginnings of a “Silicon Heartland.” Other major chip manufacturers have announced plans for new domestic semiconductor facilities following the bill’s passage. Earlier this month, Micron said that it would invest $15 billion to build a new plant in Idaho. On Friday, Wolfspeed announced a $5 billion investment to build a new semiconductor facility in North Carolina.

“Today we broke ground on a future that every Ohioan can be proud of,” Rep. Tim Ryan (D-OH), Ohio candidate for US Senate, said in a statement on Friday. “This multi-billion-dollar investment is a culmination of an unprecedented collaboration between federal, state, and private sector leaders that will transform Ohio’s economy and provide future generations an opportunity to build a stable middle-class life right here at home.”