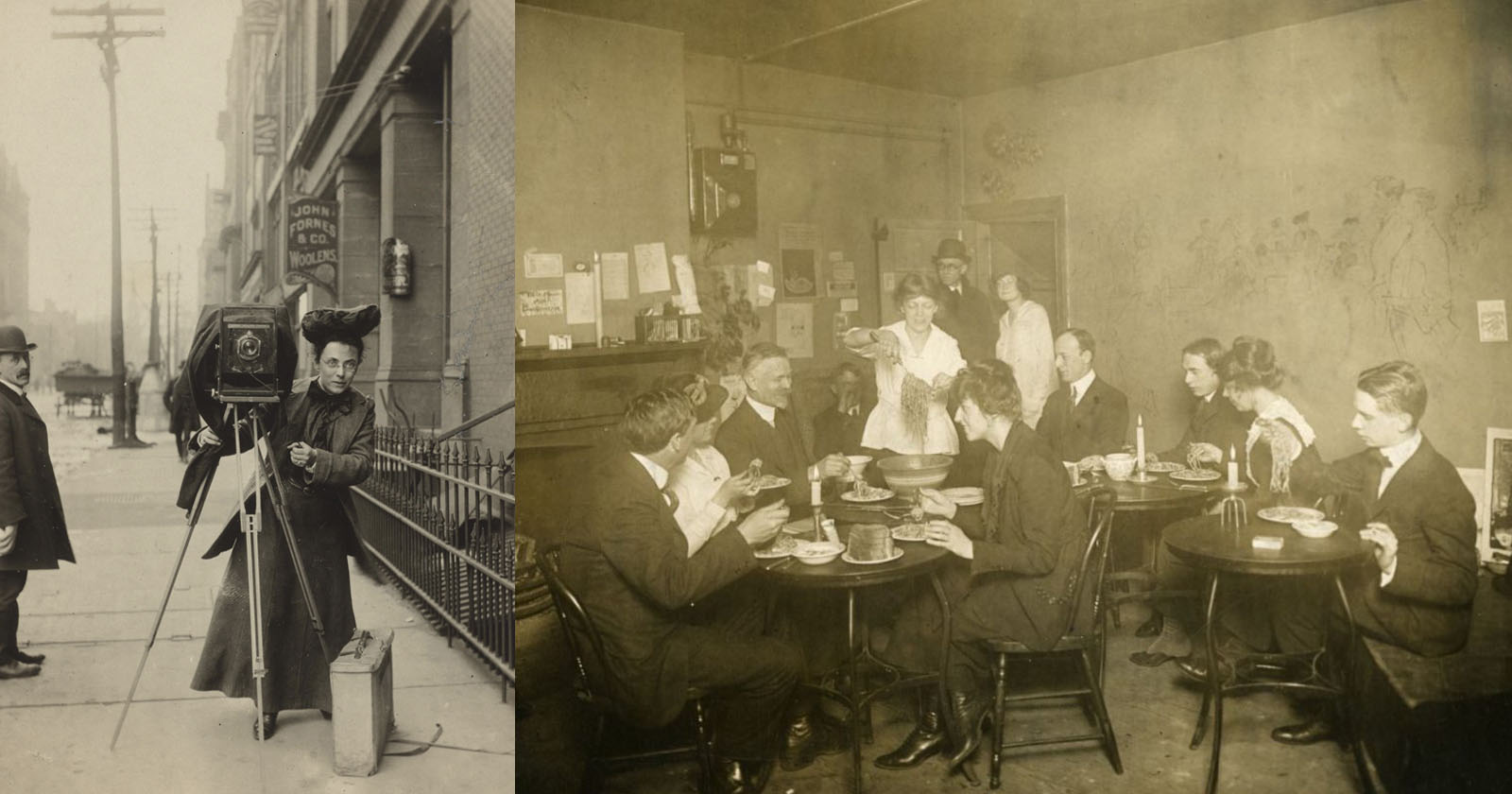 Photographer Jessie Tarbox Beals would haul her 8×10 glass plate camera around the streets of New York where she captured the bohemian Greenwich Village in the 1920s.

Beals achieved fame as the first woman press photographer and lived most of her life in New York City where she would photograph the free-spirited community that occupied a patch in Lower Manhattan.

Grace Godwin’s Garret was an informal hangout for all sorts to mingle and socialize. Located at the corner of 58 Washington Square and Thompson Street, it is now the location of the New York University Global Center for Academic and Spiritual Life, according to Flashbak.

Beals used to drop in with her camera and capture interesting creative characters. They strummed their guitars, wrote poetry, ate pasta, and so on.

In Around Washington Square the proprietress Godwin was described as “philosophically inclined” and “made a practice of engaging customers in ‘soul chats'”.

“Grace Godwin’s Garret, as her place was known, was the most visible, as it was the end of the bus lines in Washington Square, but many other restaurants were already successfully trading on the square’s radical chic,” the author writes.

In May 1921, the New York Times reported that Godwin “has been found guilty of breaking the statute which forbids the refusal to serve negroes in a restaurant.”

Godwin defiantly told reporters that she would fight the matter in court if she had to.

“I doubt whether there ever was anyone as lonely as I was when I first came to New York several years ago, and it has pleased me very much to feel that others who are lonely have found companionship as well as chocolate cake and coffee,” she said.

“The only necessity I deal in is friendship, and I reserve my right to choose my friends, I’ve taken down the sign which made the garret a public eating place in the eyes of the law, and it will be in the future just a club.” 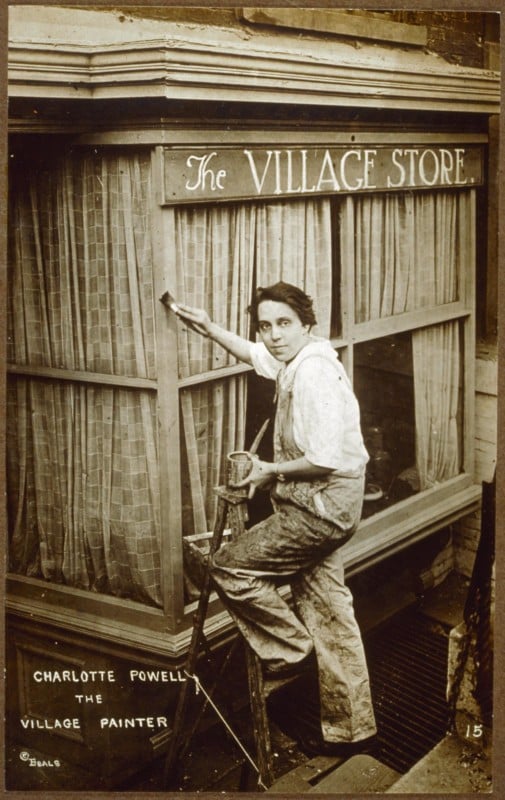 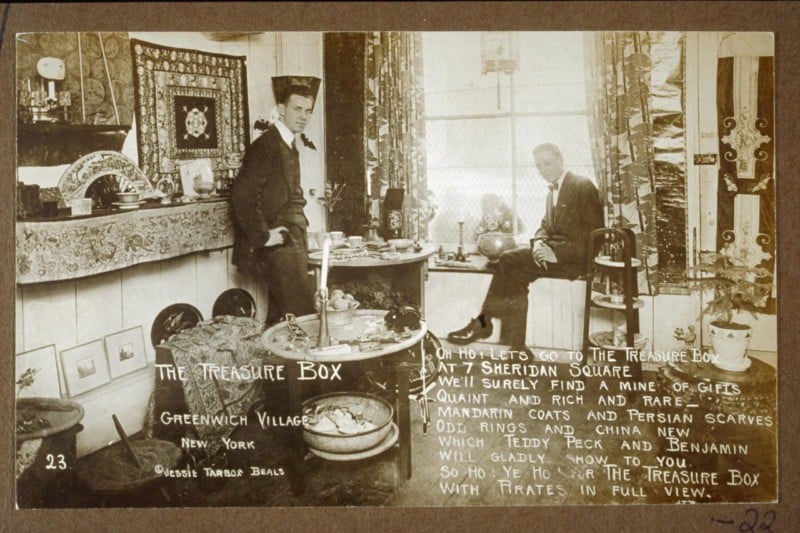 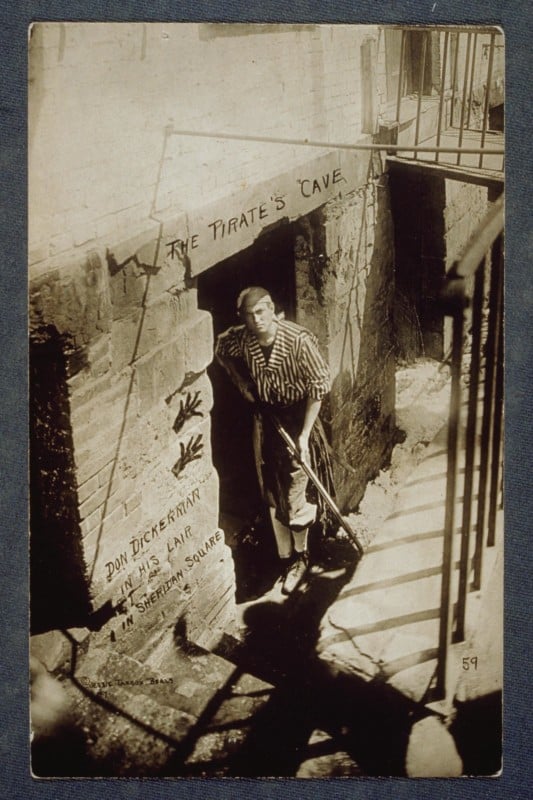 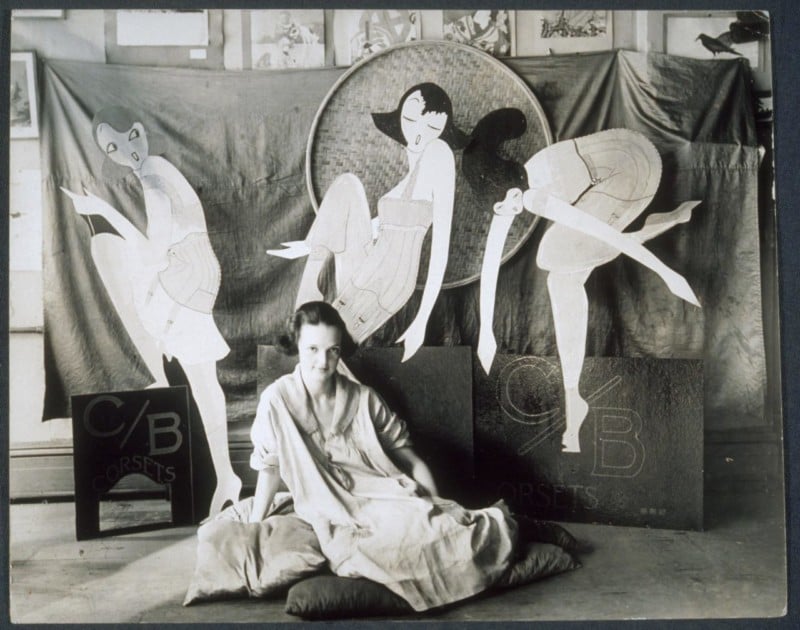 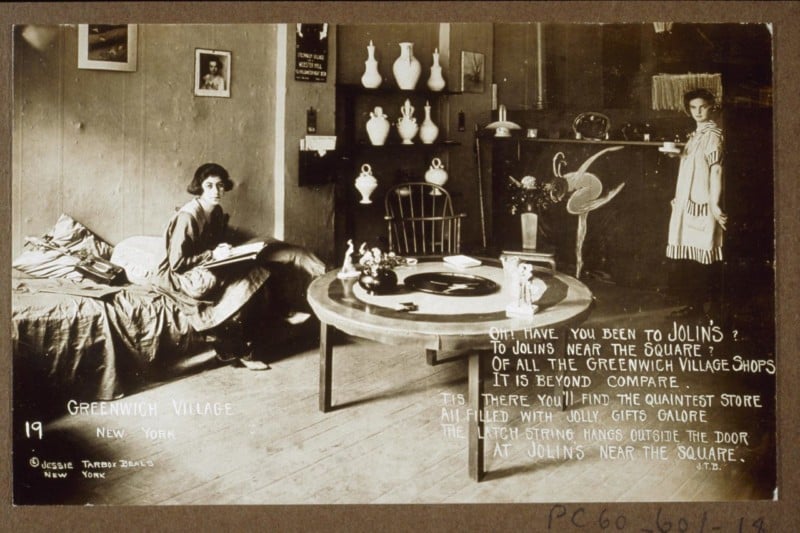 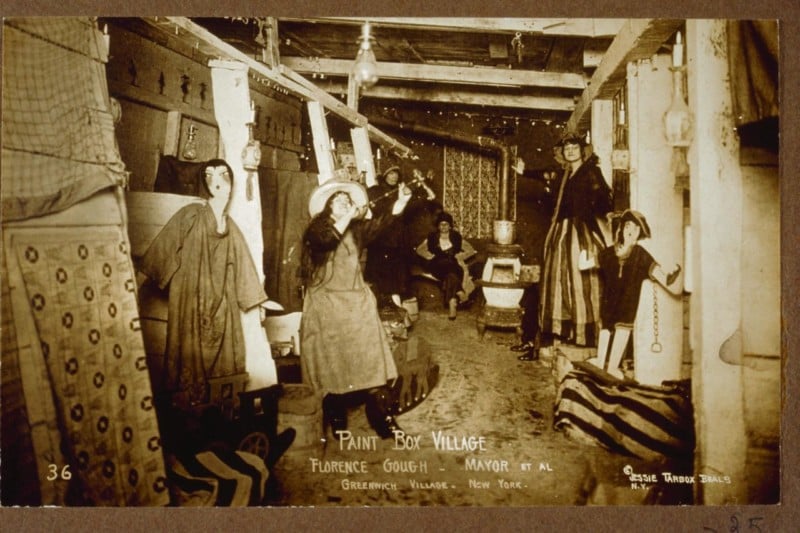 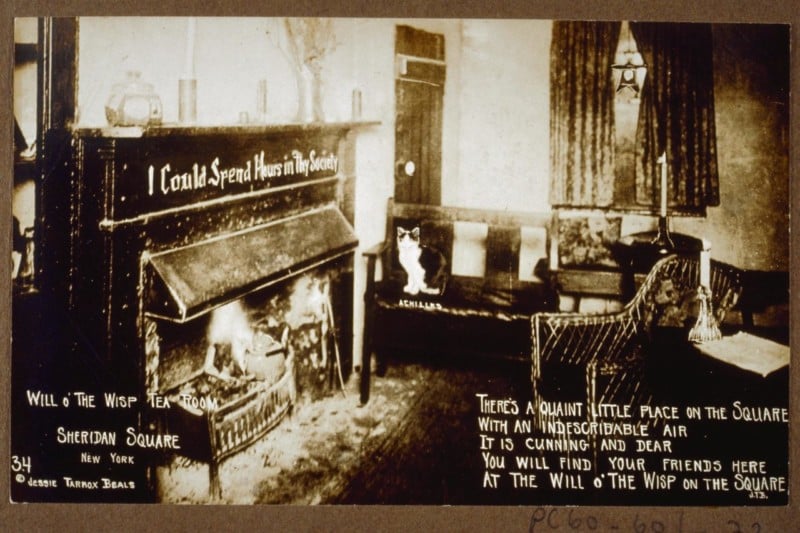 Beals’s photos capture the fascinating stores and businesses that made up the alternative area and later attracted such figures as Emma Goldman, Edgar Allan Poe, Jackson Pollock, and Bob Dylan.