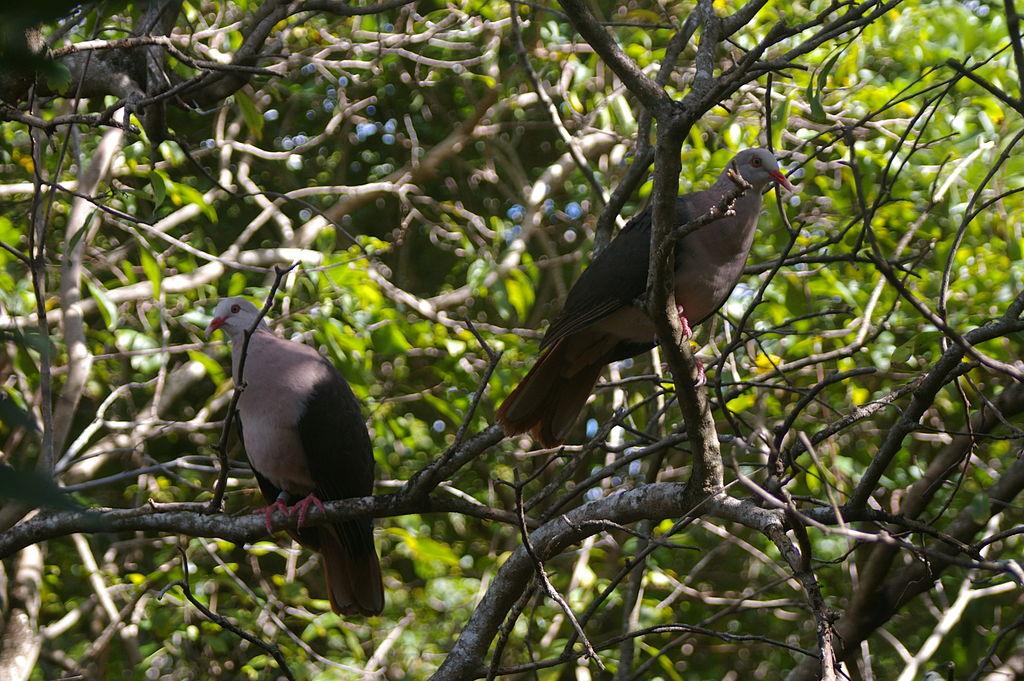 Pink pigeons’ populations have significantly increased, but they may still not be out of the woods from the threat of extinction. They need “genetic rescue” to be saved.

Pink pigeons (Neoenas mayeri) are a species that’s endemic to Mauritius. In the 1980s, pink pigeons suffered a severe population “bottleneck” that left only 12 birds living in the wild, the University of East Anglia (UEA) noted in a news release. This decline happened over several centuries due to factors including invasive species, and the fragmentation and destruction of their habitats, according to the authors of a new study published Thursday in Conservation Biology.

From those dire numbers, however, the species has since made a “rapid population recovery” thanks to conservation rescue efforts. Their number has increased to 400-800, and the species has been downlisted on the International Union for the Conservation of Nature (IUCN) Red List twice, going from critically endangered to vulnerable.

One would think that the species is already on its way to a full recovery, but the researchers’ work shows that increasing its population may not be enough to save the species.

For their work, the researchers examined the birds’ DNA. They also assessed the species’ future risk of extinction, and looked at what actions could be taken to help them, noted UEA.

“We analyzed the impacts of the bottleneck and genetic rescue on neutral genetic variation during and after population recovery,” the researchers wrote. “We used computer simulations to study the predicted changes in genetic variation and population viability from the past into the future.”

“The problem is that all individuals are somehow related to each other. They are the descendants of the few ancestors that managed to survive the bottleneck,” one of the study’s lead authors, Professor Cock van Oosterhout of UEA, said in the news release. “Hence, it becomes virtually impossible to stop inbreeding, and this exposes these bad mutations. In turn, this can increase the mortality rate, and it could cause the population to collapse again.”

So what can be done to help protect the population? A “genetic rescue” may be needed might be needed, one of the study authors, Hernan Morales from the University of Copenhagen, said in the news release. This can be done by releasing more genetically diverse birds that were bred in zoos.

“However, there is a risk that we could introduce other bad mutations from the zoo population into the wild,” said Morales.

Having a better understanding of the birds’ genotypes could then help to address this potential problem.

“By using conservation genomics, future reintroduction programs can avoid releasing individuals with high genetic load,” study co-author, Sam Speak, Ph.D. of UEA, said in the news release. “This would help reduce inbreeding and improve the long-term recovery of threatened species such as the pink pigeon.”

While the researchers are not recommending a change in pink pigeons’ current “vulnerable” classification, they do recommend adding such genetic information on the IUCN’s Green List, which is a counterpart of the Red List, “to inform the assessment of species conservation status.”

Overall, the researchers’ work shows that pink pigeons may still be “at a considerable risk of extinction” despite their population recovery. It also shows the promise of using genomics in assessing species’ extinction risks.

The post Pink Pigeons May Still Be In Trouble Despite Population Increase appeared first on International Business Times.