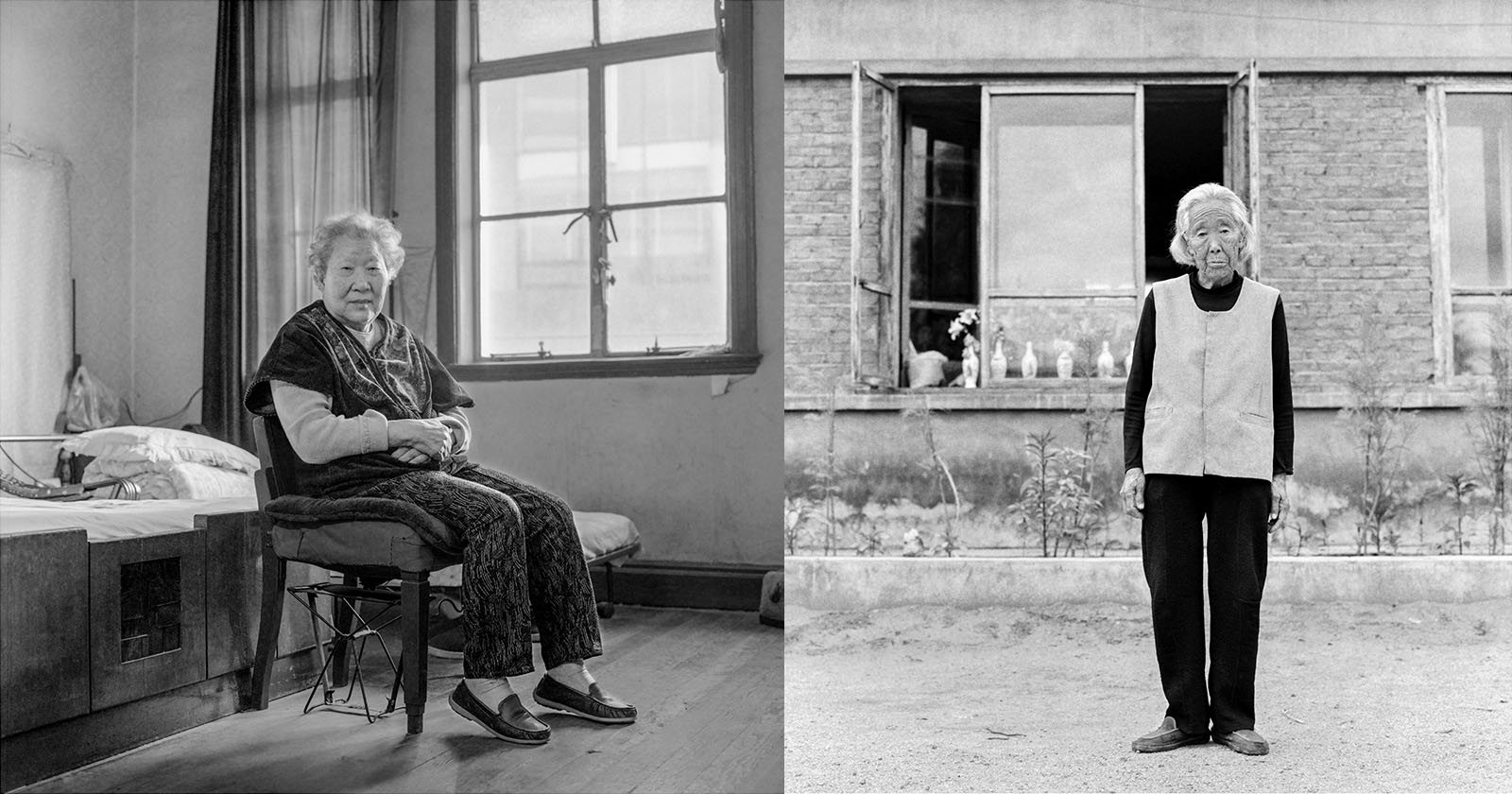 Tsukasa Yajima’s photographs of comfort women, girls forced into sexual slavery by the Imperial Japanese Army, underline the importance of remembering atrocities of the past.

Between 1932 and 1945, Japan forced women from occupied Korea to become military sex slaves and the dark legacy remains politically divisive to this day.

Yajima, who is Japanese himself, set about to win the trust of survivors by going to live and work in the House of Sharing, a nursing home in Seoul, South Korea, where the comfort women reside.

Yajima tells PetaPixel that it was not straightforward to gain the elderly women’s confidence owing to him being a photographer, a man, and Japanese.

It was difficult at first. Yajima explains that one survivor was against me staying in the House of Sharing to be a staff member.

” “I tried to learn Korean as fast as I could so I could speak with her about history and politics.”

Yajima says that when he studied history in Tokyo he learned from foreign students Japan’s “untaught modern history” and became interested in his country’s colonialism and war crimes.

Eventually, Yajima began to communicate with the skeptical woman who eventaully accepted him as a family member in the House of Sharing.

“She is now able to recognize me, but she has dementia.

Yajima shot the photos in black and white on a Hasselblad film camera with an 80mm lens using just natural light. He modified a small storage room into a dark room in the House of Sharing where he could develop films and makes prints.

“They were not patient and I had to wait until they said to me, ‘Hey, do you want to take my photo now? ‘” He says.

The shooting time was usually less than 5 minutes for each session. Sometimes, I could only take a few pictures.

The camera must be set up in advance so that it can be used in my office.

Yajima says that the goal of his photography is to connect the comfort women survivors to modern societies.

“Sexualised violence against women in war or conflict areas is happening even today, continuously,” he says.

“I hope comfort women history is accepted as a good example among our societies to stop violence against women in the future.”

Yajima because interested in photography as an expression after visiting an exhibiton by Sebastiao Salgado.

“It was important to me that I think of myself, a Japanese man who grew up within a patriarchal society,” says he.

“Comfort woman history and issue #6 show me important themes. As it is not only a war crime, but also problems of colonialism, racism, military culture, misogyny, revisionism, and denialism of history.”

The issue of comfort women is still contentious between South Korea and Japan with the latter sometimes reluctant to fully admit responsibility for its war crimes.

An estimated 200,000 women, a large portion of which were Korean, were forced into brothels to be comfort women for Japanese troops. Comfort women is a translation of the Japanese word ianfu, which literally means comforting, consoling woman.

Yajima is currently displaying his photos in Gwangju, South Korea in an exhibit entitled Put It Down, Remember.