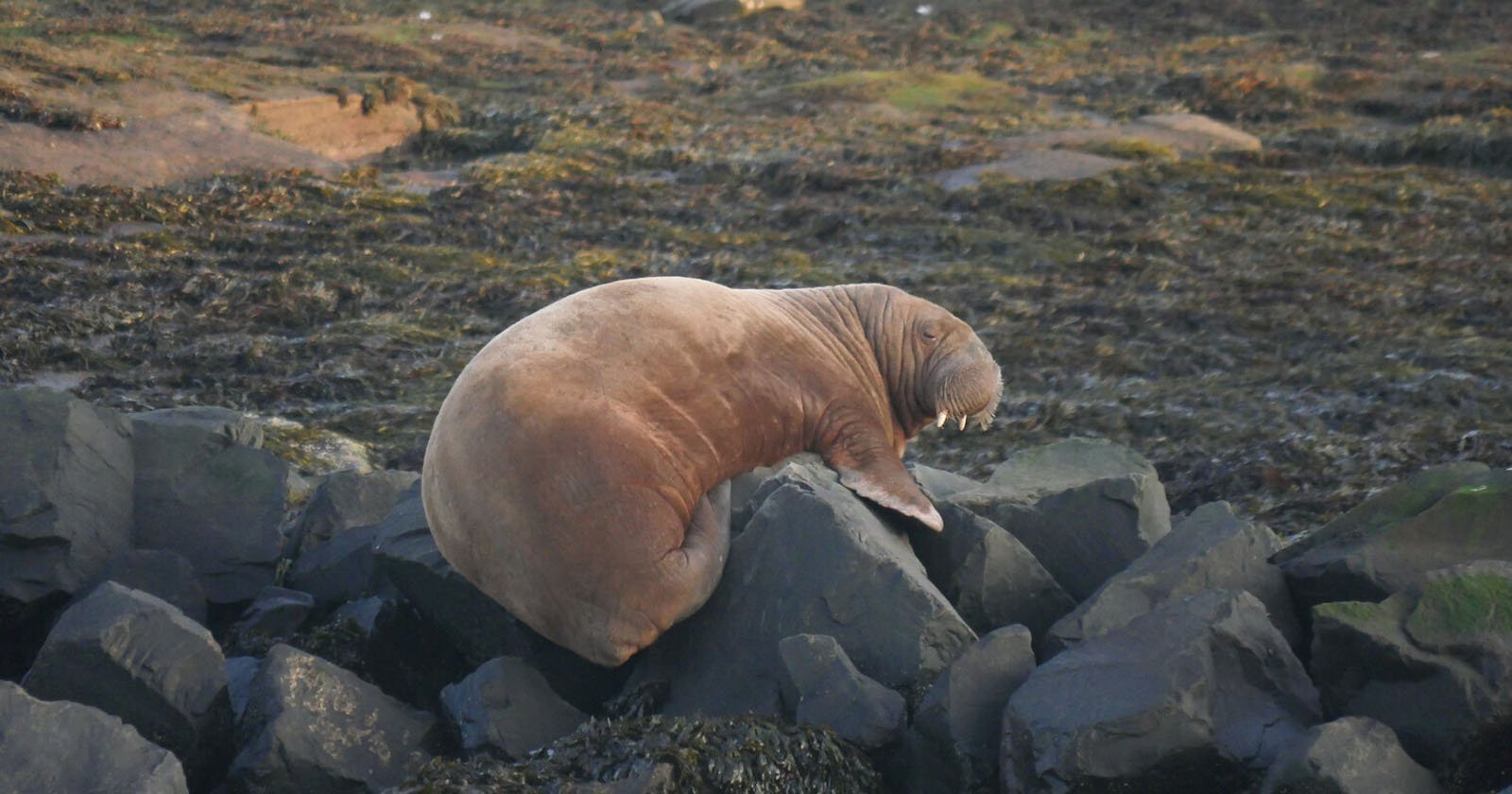 A wildlife photographer who befriended Freya the walrus has condemned her “murder” after Norway euthanized the animal, deeming her a threat to humans.

Hugh Harrop, based in the Shetland Islands, U.K., is apoplectic over Freya’s killing. He had gotten to know the creature in December last year while it lived on the Scottish archipelago and called the act “unforgivable.”

In memory of #Freya – the wandering Walrus that graced us here Shetland last winter.

MURDERED today by the Directorate of Fisheries in #Norway because she was perceived as a “continued threat to human safety”.

Abhorrent and unforgivable on every level. pic.twitter.com/Nu6z1qnIpl

“It’s absolutely abhorrent and unbelievable that a wild animal is being murdered due to human behavior,” Harrop tells the Independent.

“It is not the behavior of the animal that is at fault. It’s the Norwegian government not being able to control people.”

Memories of #FreyaTheWalrus – a very special creature that spent a month here in Shetland last winter.

MURDERED today by the @fiskeridir Directorate of Fisheries in #Norway “based on an overall assessment of the continued threat to human safety.”

Norway’s fisheries directorate said the walrus was euthanized “based on an overall assessment of the threat to human safety” after the public ignored warnings not to get too close to her, often with small children, to pose for photographs.

Other reports showed people swimming with the walrus, throwing things at her, and surrounding her in large numbers.

On one occasion police had to evacuate and block off a bathing area after Freya chased a woman into the sea.

People across the world have been quick to criticize Norwegian authorities over Freya’s demise. Harrop agrees, and says that the walrus should have been anesthetized and moved to the nearest walrus colony.

“The outrage surrounding Freya’s murder is warranted,” he says.

“We can’t change the past, we can’t bring Freya back, but lessons have to be learned.”

Norway’s prime minister has defended the decision saying that it was “right” to put down the 1,300-pound female.

“It was the right decision. I am not surprised that this has led to many international reactions. Sometimes we have to make unpopular decisions.”