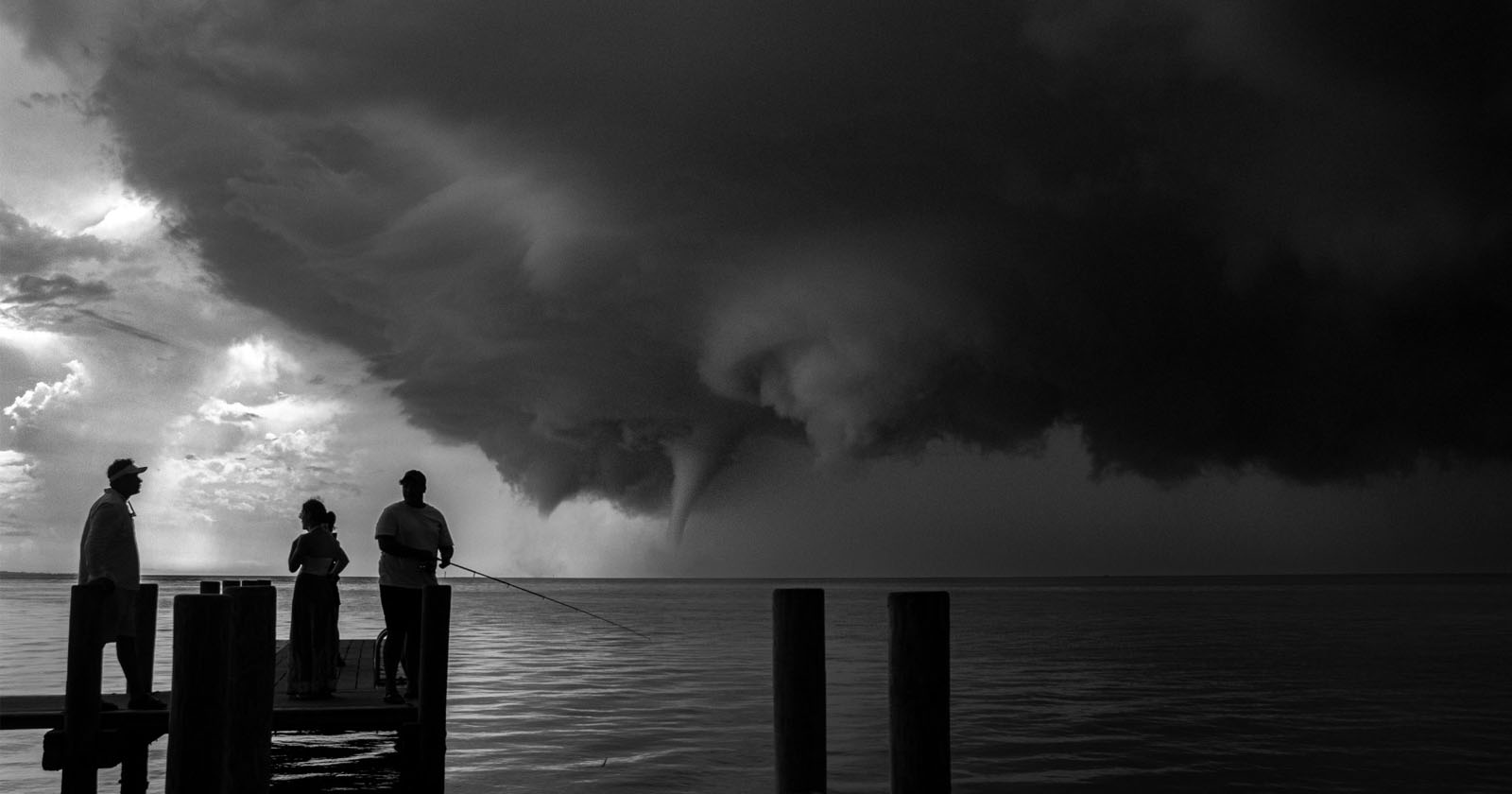 Photographer Casey Robertson took dramatic pictures of a waterspout off Ocracoke Island in North Carolina. These were photos he had been waiting “years” for.

Robertson tells PetaPixel that he had wanted to capture the rare columnar vortex for a very long time before finally achieving it over the weekend.

Waterspouts would appear but I would just ignore them. They would disappear before I reached there or they would leave me off the island,” Robertson explains.

I’m happy with the result. Though a few shots I would have liked to get were rained out. It’s definitely been the largest reaction of any photos I’ve done yet.” 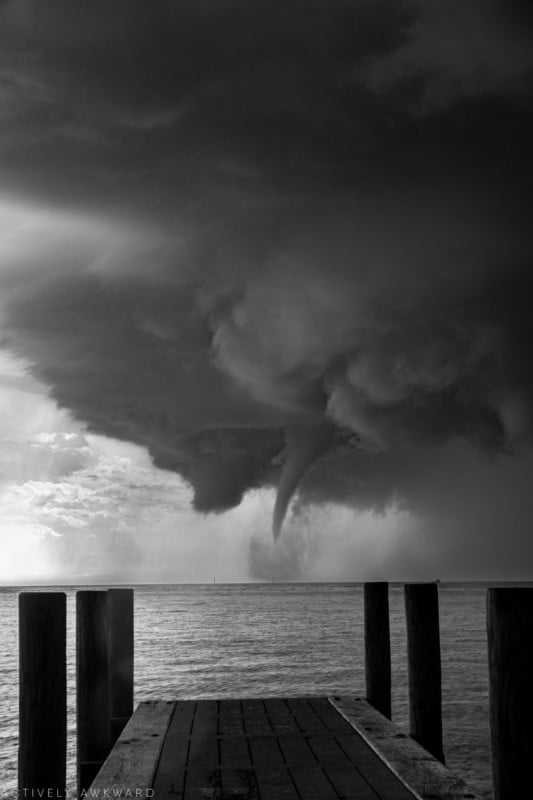 The remarkable images, a mixture of color and black-and-white, show dark brooding clouds with the tornado-like column spinning down to the water to create an apocalyptic scene. Some of these pictures were also captured by a crowd of people using their phones to capture the moment. Robertson used a Canon 80D with an 18-135mm kit lens attached.

The photographer, who is also a school teacher, reports The Virginia Pilot, says that he’s no “weather expert” but there are usually a couple of waterspouts every year on Ocracoke Island.

” “I ran out the house and left my smartphone, taking photos like a madman,” Robertson told . 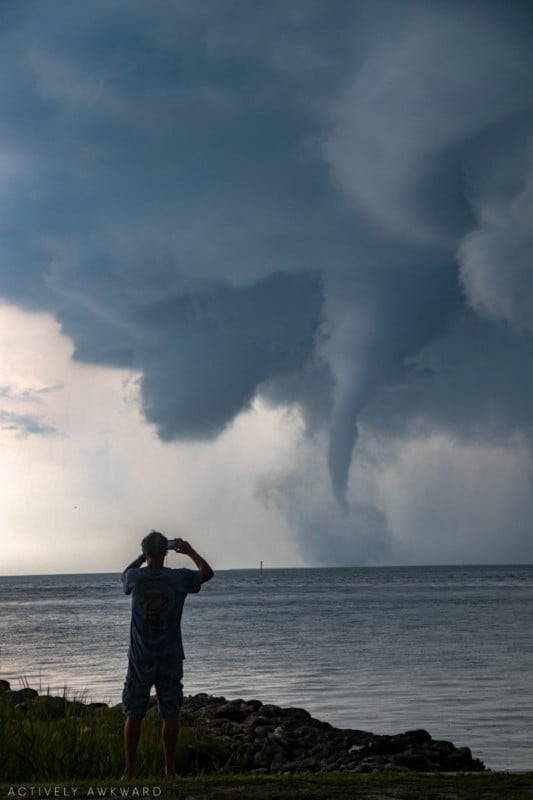 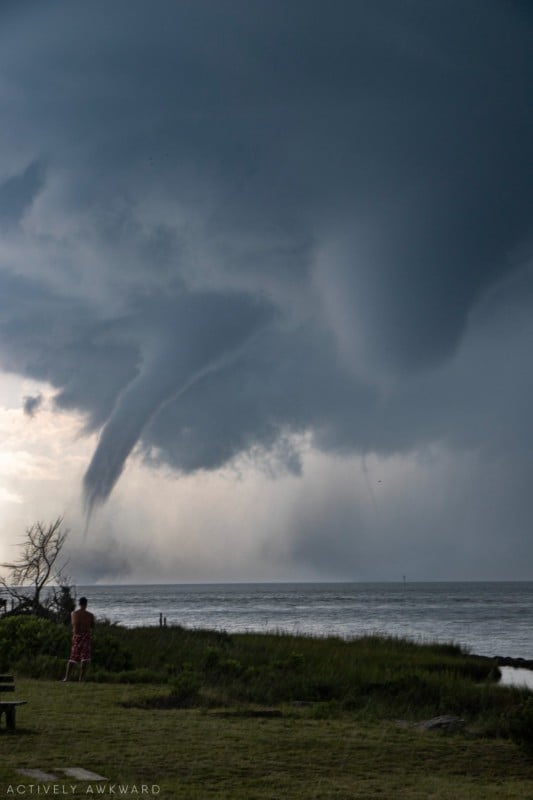 Robertson operates Actively Awkward Photography and Digital Art Facebook page and lives on the Outer Banks, located off the coast of North Carolina.

Photography is a side hustle for Roberston who teaches computer and business at the Ocracoke School, a campus of about 165 public school students. He’s been living on the island of Ocracoke for 10 years.

Waterspouts tend to pop up due to a mix of warm water and high humidity in the air and typically last between two to 20 minutes. These are similar to tornadoes, but they occur over large bodies of water. They tend to be more intense than the latter.

Waterspouts were seen in several places in the United States, including Wrighstville Beach in North Carolina and Lake Erie in Ohio.