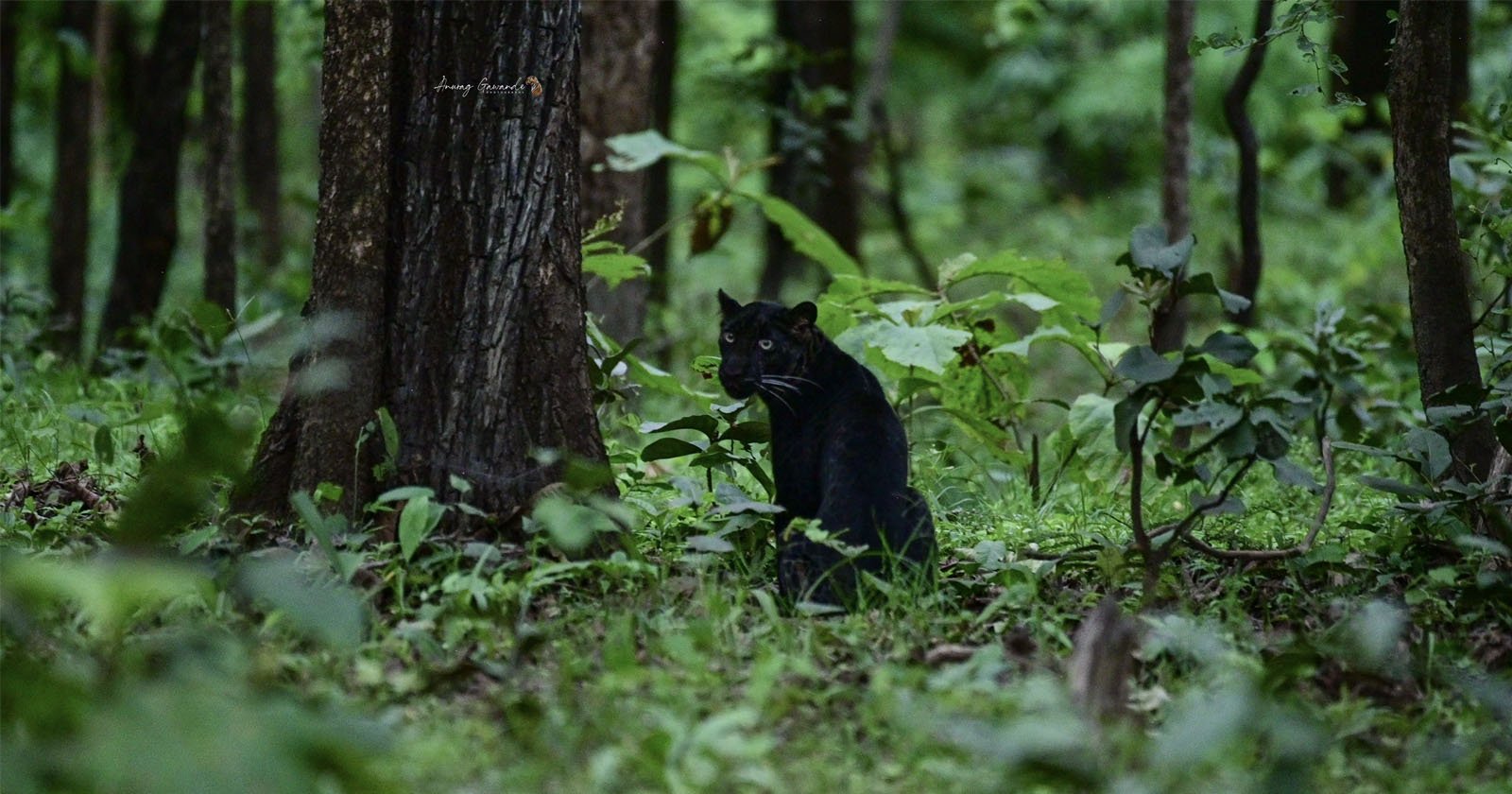 Gawande tells PetaPixel that capturing the melanistic leopard was no easy task.

“We waited almost nine hours for this moment to happen. I wanted to capture this beauty from the day I got to know that she is giving a good sighting.” 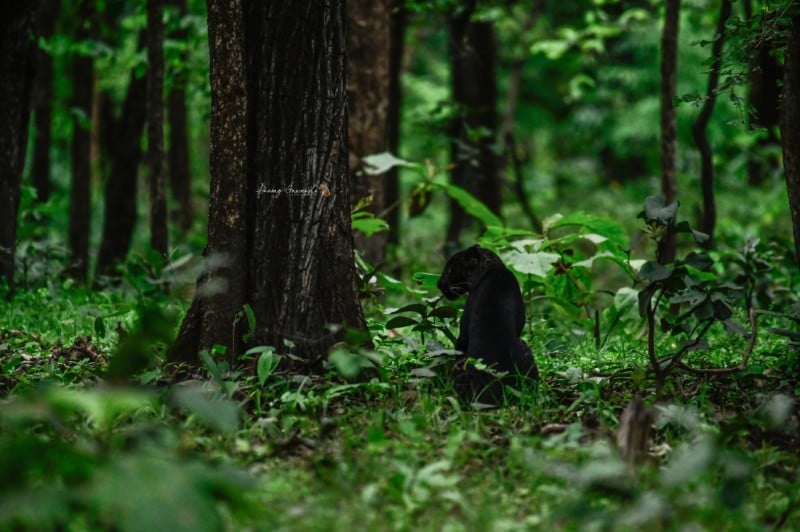 Gawande captured the majestic photo in Pench National Park in Madhya Pradesh, India where he had previously seen the elusive leopard but from far away.

“We decided to visit the park, but to be honest it was not an easy task to do,” he says.

Gawande used a Nikon Z6 with a 200-500mm attached to the mirrorless body.

In our first safari, we were able to see her inside but we could only glimpse her. But we wanted to capture her no matter what. “So I decided to not leave her territory,” Gawande explains.

” We waited almost nine hours for her to emerge the next day and she finally came out in late afternoon. I took amazing photos and videos, he said. It was an amazing experience .”

Gawande captured the black panther several times before. Two and half years ago he captured the photo below in Tadoba National Park.

“They don’t show up easily. If they know that you are there they will hide themselves,” Gawande explains.

“And because of his black color, it becomes more difficult as you can’t figure between the black stones and black leopard.”

The photographer says that he does not get to see black panthers on a regular basis so he has “to keep his patience to capture them.”