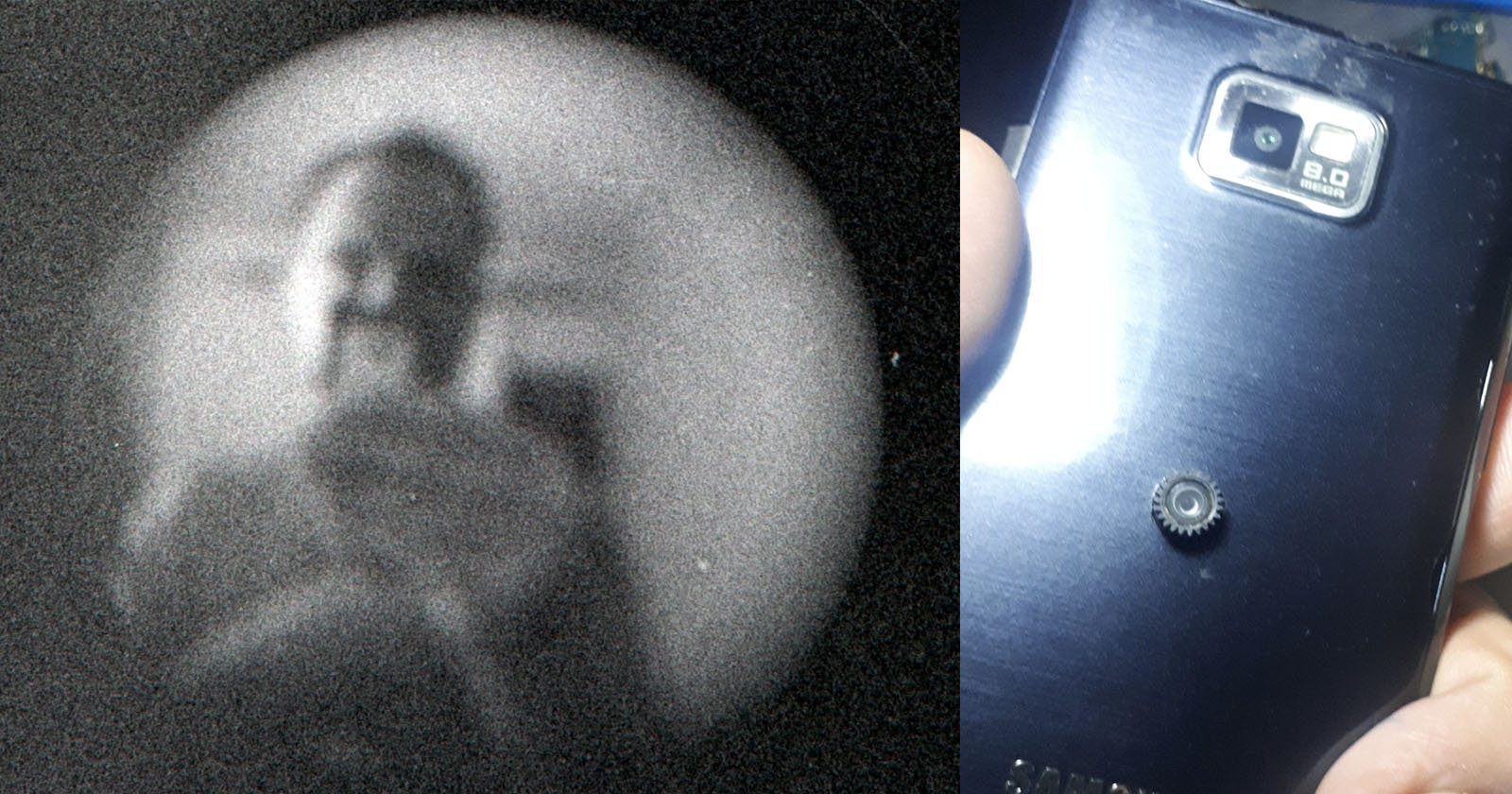 A photographer has repurposed an old and broken Sony Ericsson smartphone lens into a camera that shoots film and integrated it into his Samsung Galaxy S2.

Alireza Rostami had an old Sony Ericsson k700i that was broken and unable to be repaired. But instead of throwing it away, Rostami decided to repurpose it by taking the camera out and adding it to the back of his Samsung Galaxy S2 in a way that would allow him to shoot to film. Speaking to PetaPixel he explains why.

“In the past, there was just a single lens for photography on the back of a mobile phone. Now, we can see there are many lenses attached to a phone’s back. I thought to myself; Why not create one for analog photography?” 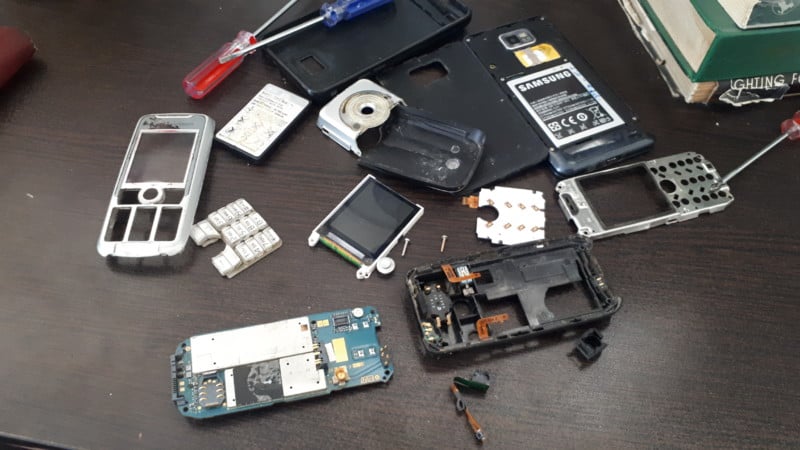 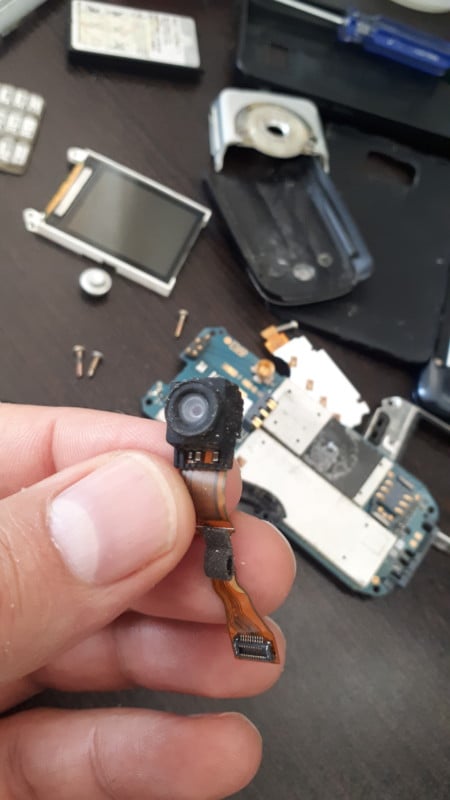 To capture an image, he puts the camera and film negative in a light-proof envelope and then places it carefully inside the Galaxy S2 with a lens cap on. Rostami removes the lens cover to let light into the film.

The resulting images are admittedly grainy and blurry, but they also may be the first-ever film images that were taken on a mobile phone. 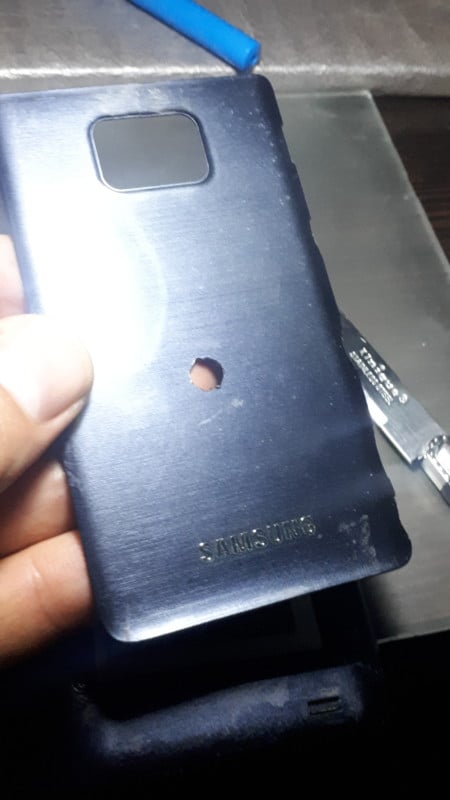 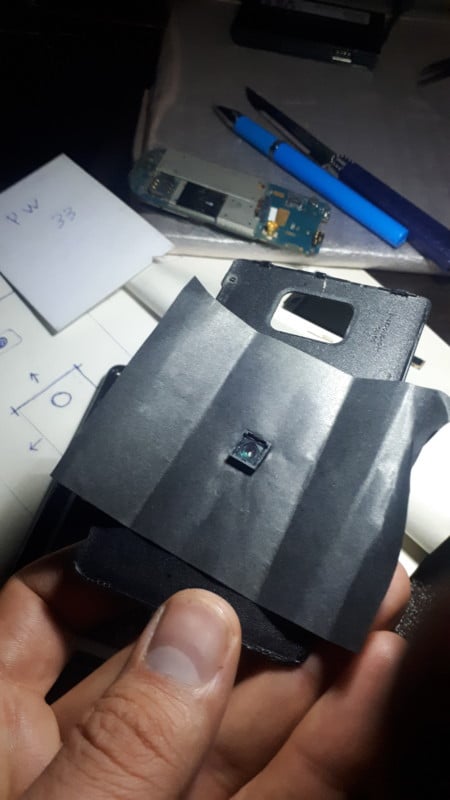 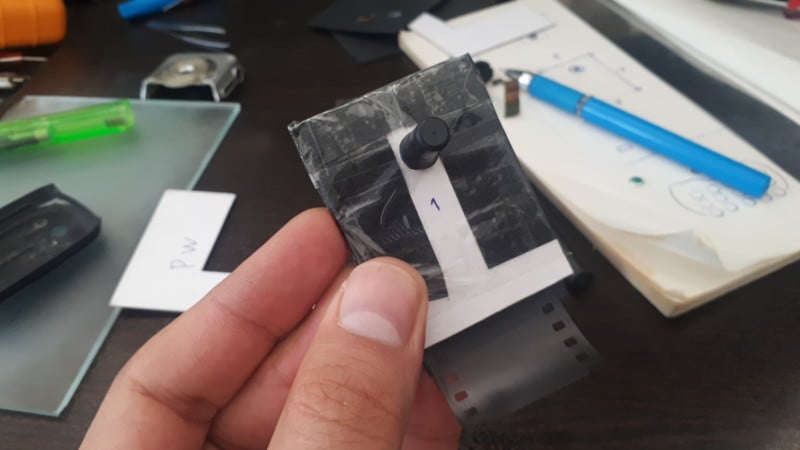 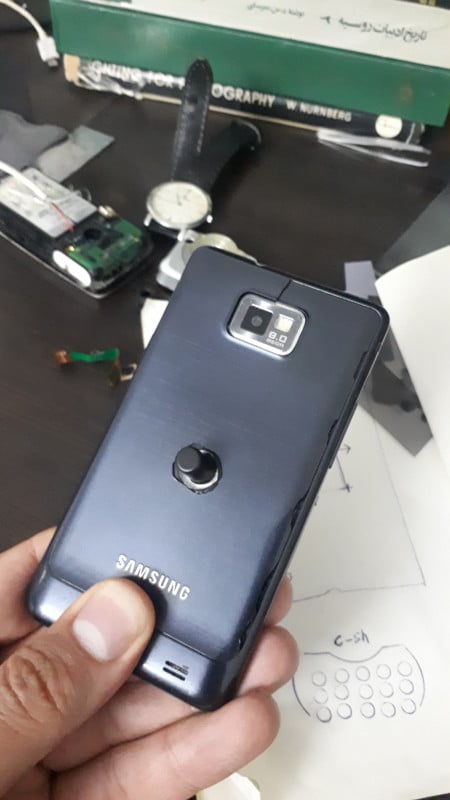 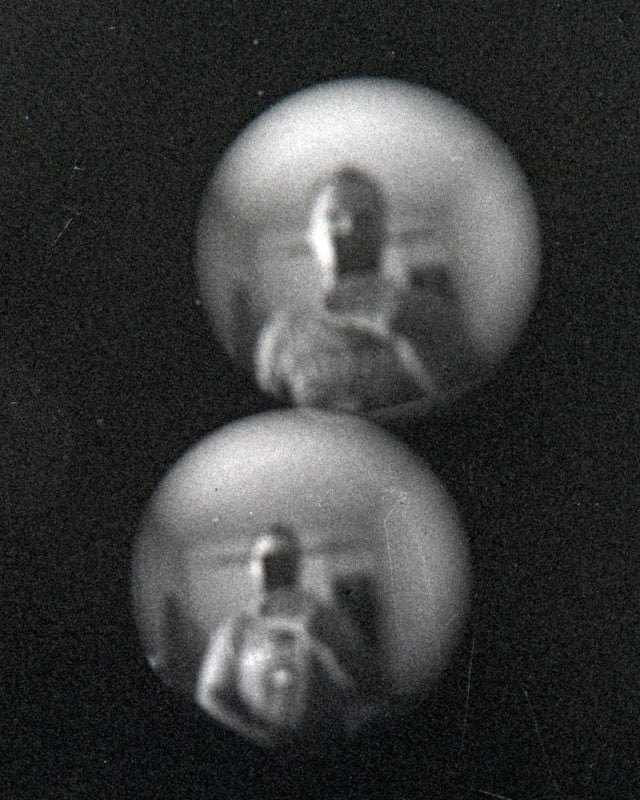 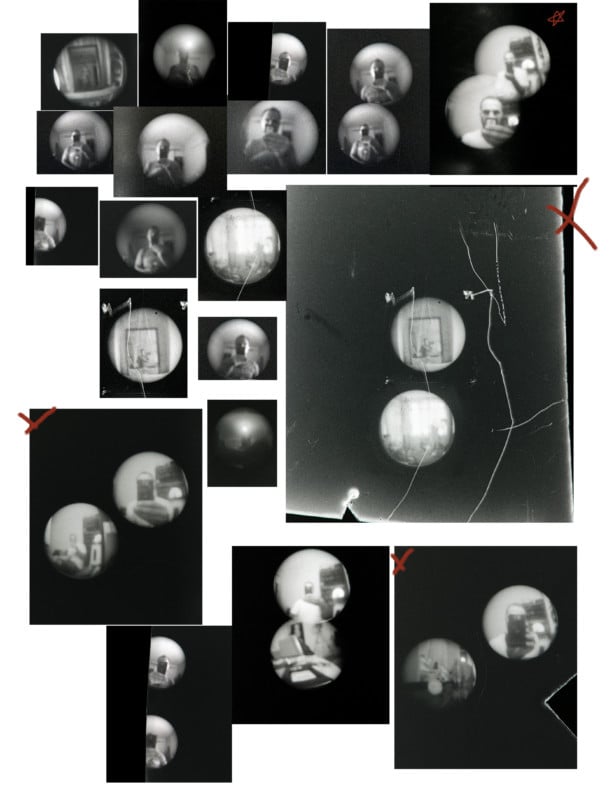 “I want to invent other devices with the rest of the old mobile parts. I do not know if I can or not, but I will try. Rostami says that if these ideas are successful, he will publish them.

The photographer also stated that he wants to create a camera capable of making phone calls and playing music. However, he says his ultimate dream is to give a camera artificial intelligence, like a more powerful version of Siri.

Rostami previously made a camera that took film pictures and turned an old computer into working equipment. Last year he made a wrist camera, and 35mm film is fed through the strap.

Rostami is a proud recycler of electronic waste. This problem has become a major concern in today’s world. Last month PetaPixel covered a studio making art pieces out of discarded smartphones which has a similar mission.

You can see more of Rostami’s work on his Instagram.