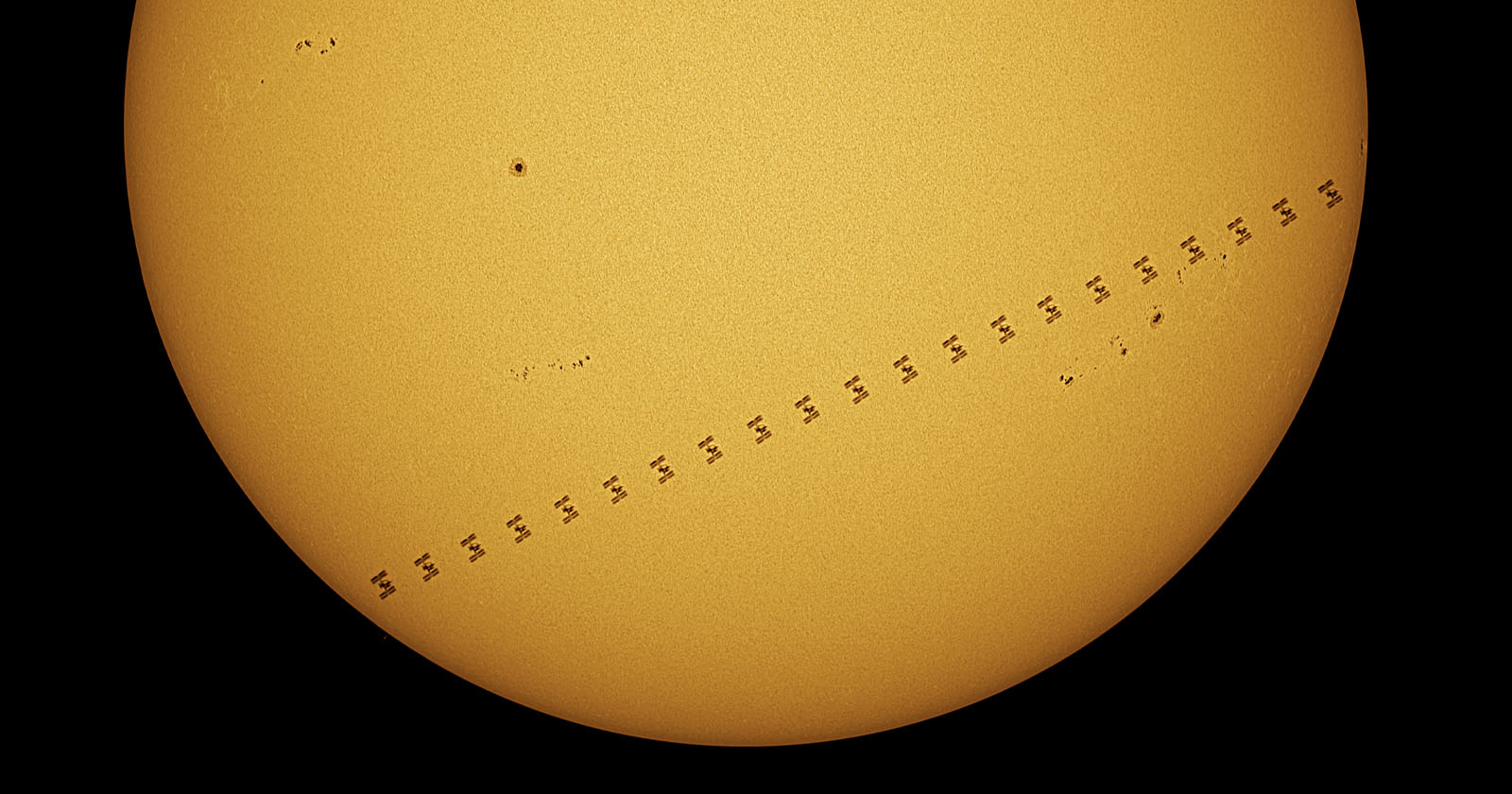 Astrophotographer Jamie Cooper captured an incredible photograph of the International Space Station passing in front of the sun from his backyard garden.

Speaking to PetaPixel, Cooper says he had less than one second to capture the ISS in this position, which he says “was an opportunity not to be missed.” 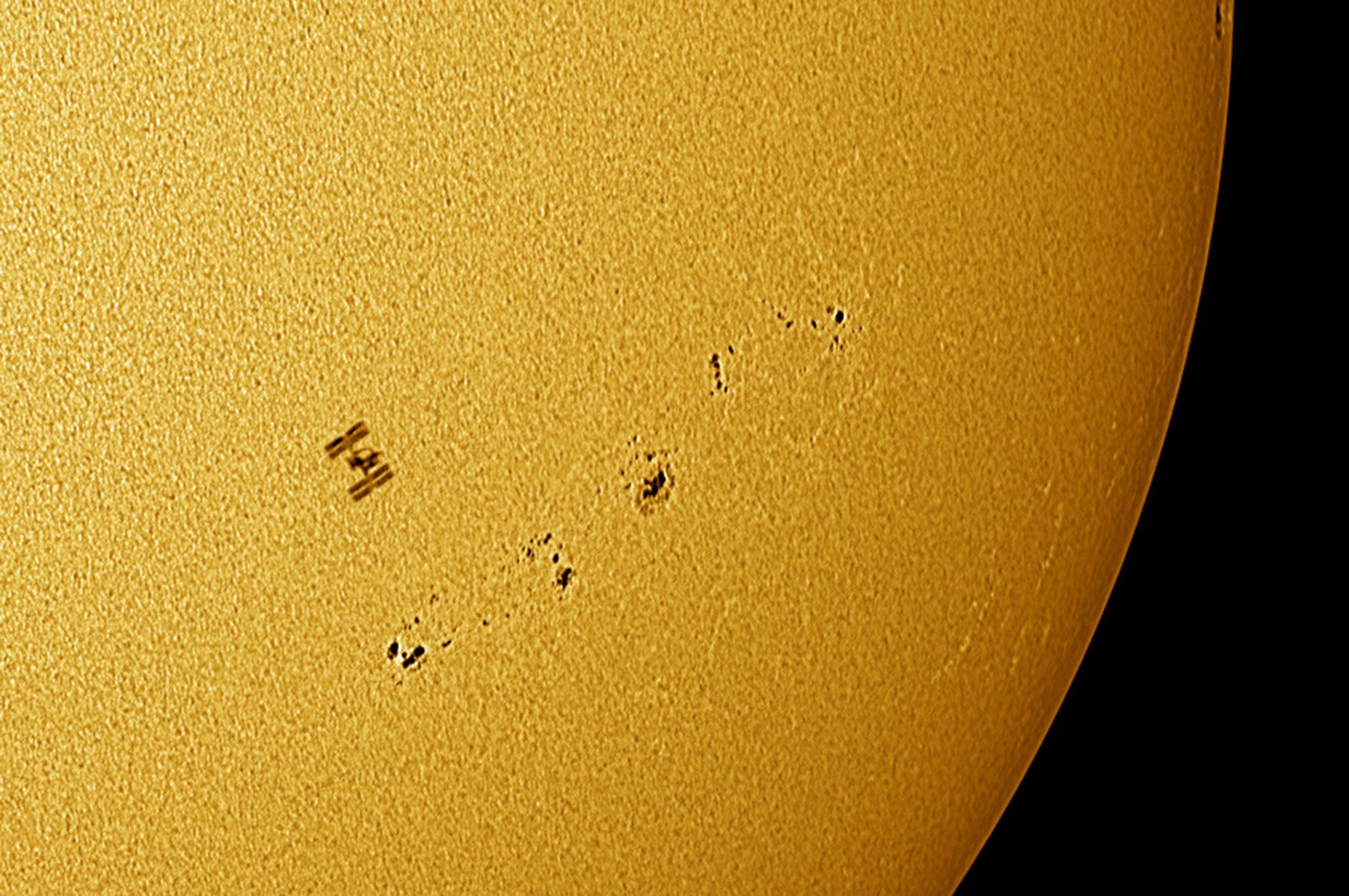 “On the late morning of June 17, a pass of the International Space Station in front of the sun was predicted to be visible from my own home in Whilton, Northamptonshire, UK,” says Cooper.

“I shot the entire transit event, that lasted less than one second, using a high speed ZWO ASI290MM video camera capturing frames of one millisecond exposure at 80 frames per second.”

Cooper used another filter from Baader Astrosolar Film that he made at home and attached it to the objective of the telescope. To bring it all together, he used Autostakkert and Registax software.

The space station was about 250 miles away and traveling at about 17,000 mph when Jamie shot his images, reports the Northampton Chronicle and Echo.

“It’s important to say I use a specialist telescope with a filter because you should never look at the sun without a filter, it can lead to permanent blindness,” he tells the local newspaper. 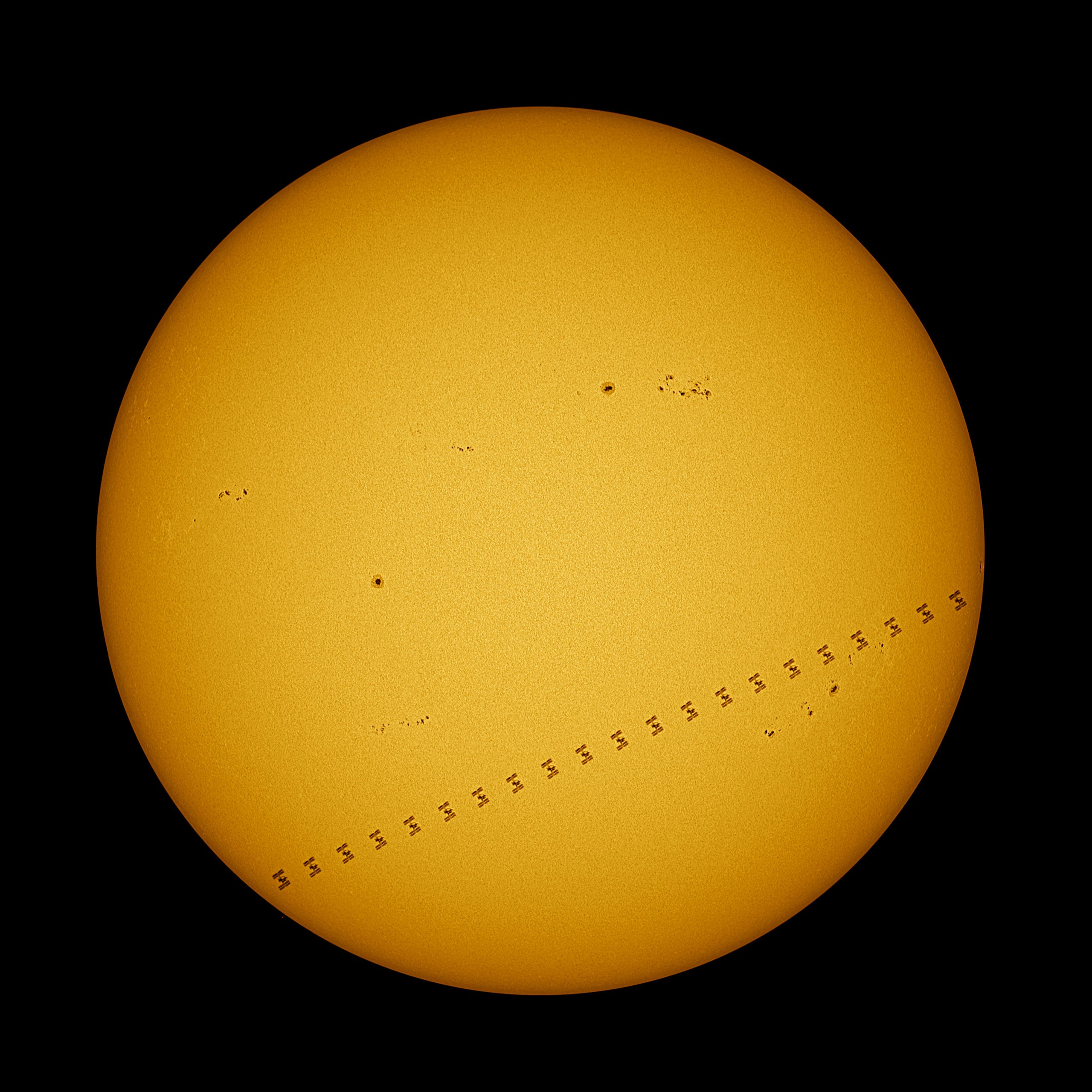 “There’s a very narrow band where you, the space station, and the sun are all in a straight line and it’s about three miles wide,” he tells Amateur Photographer.

Photography and the ISS

Earlier this year PetaPixel reported on a German man who photographed two astronauts making repairs on the International Space Station outside the structure.

Conversely, while there have been many amazing images taken of the earth from the ISS, astronaut Thomas Pesquet says it is remarkably difficult to get a good picture of earth while orbiting and it takes meticulous planning to do so. Cooper joins a short list of Earthbound photographers who have managed to capture the ISS in front of the sun, along with photographers Mack Murdoc and Andrew McCarthy who each did so at different points in 2020.

More of Cooper’s work can be found on his Instagram.