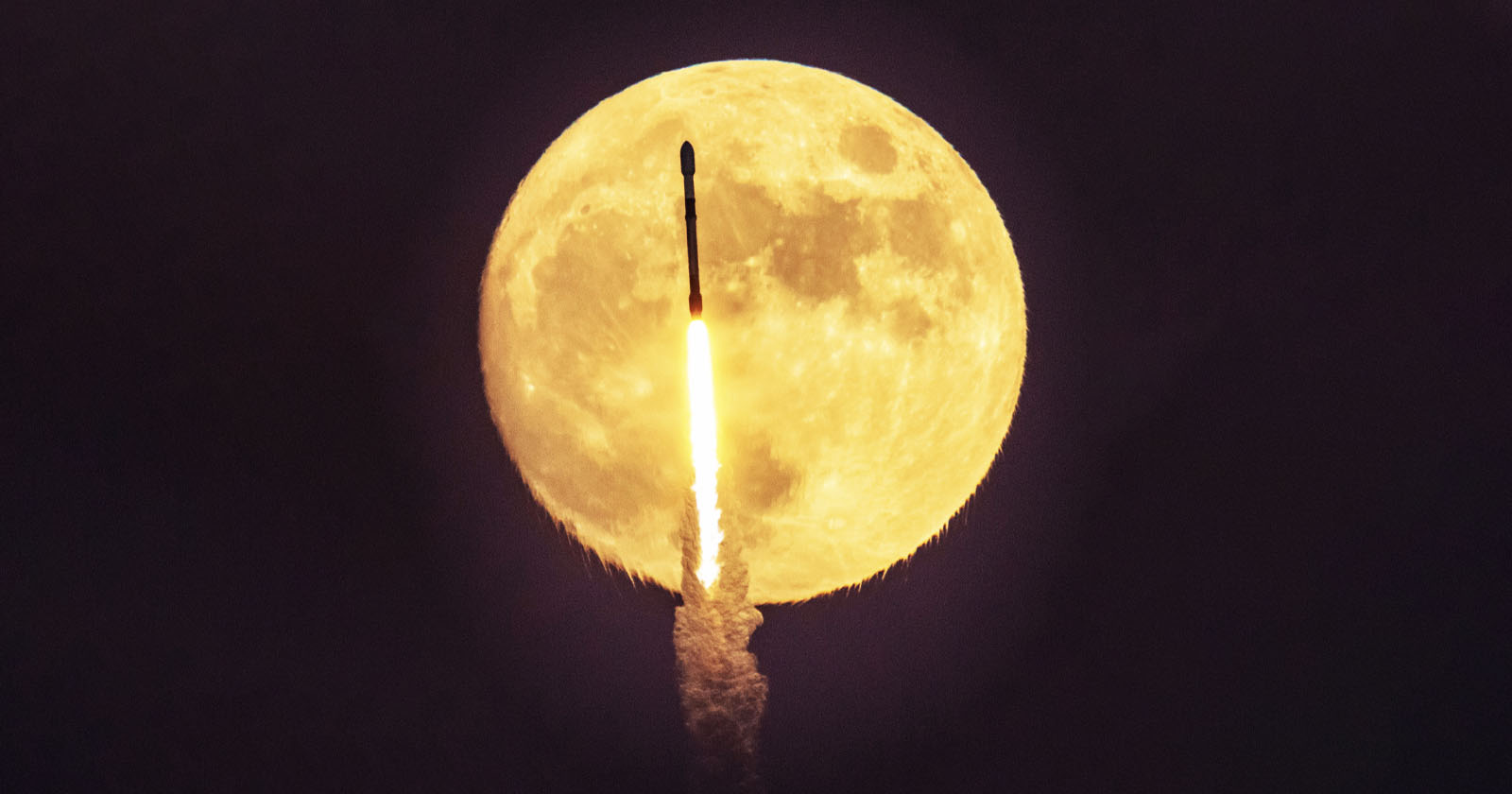 Nicholas D’Alessandro captured this incredible photo of a SpaceX Falcon 9 rocket launching in front of the full moon.

The amazing picture was captured last Saturday (October 8) at Cape Canaveral Space Force Station in Florida and is just one photo converted from RAW.

D’Alessandro tells PetaPixel that the photo was three days in the making after launches were scrubbed on the previous two days due to a helium leak. But, fortuitously this led to the best conditions for the photo.

“It happened to be the best day out of the three for the moon’s position, as it was increasingly full and lower on the horizon which each successive attempt,” explains, D’Alessandro.

“A fourth attempt would have been off the table as the moon rose after the launch at that point.”

The sounds of happy rocket photographers having days of hard work and planning finally pay off pic.twitter.com/HiJfgKAeP0

The photo captured the launch of SpaceX Intelsat’s Galaxy 33 (G-33) and Galaxy 34 (G-34) satellites and D’Alessandro used a specialist app to help him capture the epic shot. A rocket enthusiast turned programmer, Declan Murphy developed an app called Flight Club that overlays any launch trajectory with features of the sky. It even predicts what the frame will look like depending on your camera equipment information.

With the help of the app, D’Alessandro noticed before the launch that all the “ingredients were coming together.”

“The Moon would be increasingly full and rising lower on the horizon as the days got closer to launch. He explains that the weather for the following days was beautiful.

“I checked the Flight Club software and sure enough there was a point in north Titusville where the shot could be achieved.”

His desired location was on a private condominiums pool desk so he had to secure permission before shooting from there.

“The condo allowed us to shoot from their property, The Moon was huge and low, the weather was clear, the rocket launched, and the Flight Club software was accurate. The rocket crossed the moon and the rest is history.”