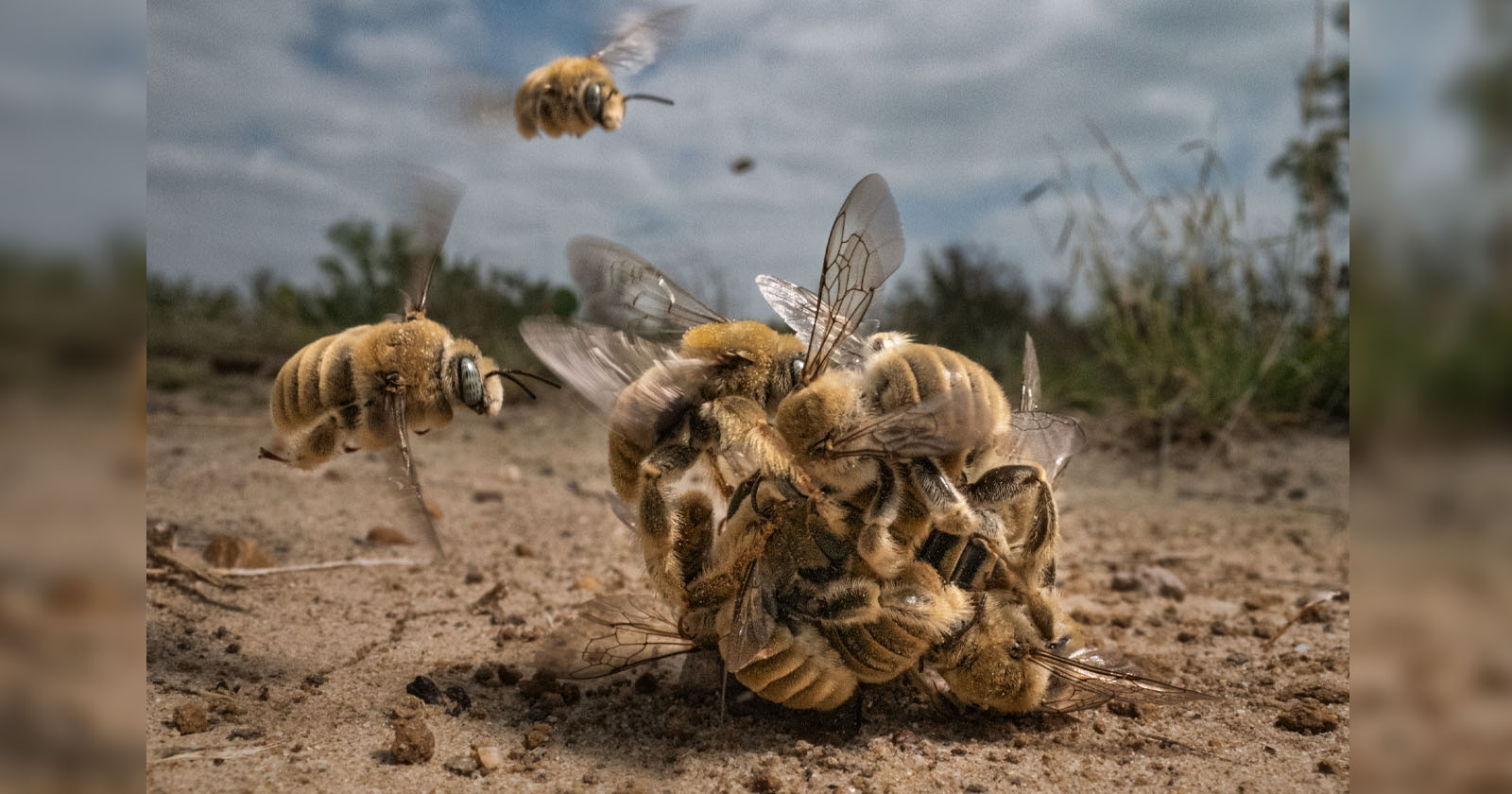 The BigPicture Natural World Photography Competition 2022, which highlights Earth’s biodiversity and illustrates the many threats that the planet faces, has unveiled its winners and finalists. The competition is administered by the California Academy of Sciences. It is judged annually by Jaymi Heimbuch, Sophie Stafford and Suzi Eszterhas.

Last year the Grand Prize winner took home $5,000, as well as being featured in the annual exhibit at the California Academy of Sciences, while the winners in each category received $1,0000 and were also exhibited.

The Grand Prize, as shown above, went to Karine Aigner for her photo entitled “Bee Balling,” an up-close shot of cactus bees swarming together in a mating ball. The picture, taken in Texas, is unusual because cactus bees are solitary, but nest in near proximity to each other for mating purposes.

” So the grappling men might be cooking. The sex ratio in this species is often wildly lopsided, with single females emerging occasionally, dozens of patrolling males finding her in seconds, and potentially thousands of males flying overhead,” he adds.

Mating aggregations only last for a week so photographer Aigner was fortunate to capture this particular mating ball. Native bees play a vital role in pollination, particularly for the prickly pear Cacti which are a crucial source of food for many wildlife species living in the American Southwest.

Photographer Bence Mate won the Terrestrial Life category with a picture of a Eurasian beaver gnawing a tree while backlit by the first rays of the morning sun. A few hundred yards away, a number of trees that were previously cut down are still standing in misty water with a glowing web attached to one log.

The stunning image shows how beavers transform their habitats by building dams. The Eurasian beavers were once widespread, but the large rodents were hunted to near-extinction in the 1800s. Their number dropped to a historic low of 1,200 individuals at the beginning of the 20th century, but following a reintroduction effort the beavers now number over one million individuals.

California sea lions are iconic members of the Monterey Bay ecosystem but photographer David Slater found a sad scene while diving on a stretch of the sea floor. The dead sea lion was lying on the bed covered in colorful bat stars, decorating the sea lion’s body.

Bat stars are omnivores and feed on carcasses that have fallen to the ocean floor. Although they don’t move fast, timelapse video has captured how fiercely the bat stars fight for their position on carcasses.

Below are other winners and runners-up.

Image credits: This gallery was originally published in bioGraphic, an independent magazine about nature and conservation powered by the California Academy of Sciences, and media partner of the BigPicture Natural World Photography Competition.