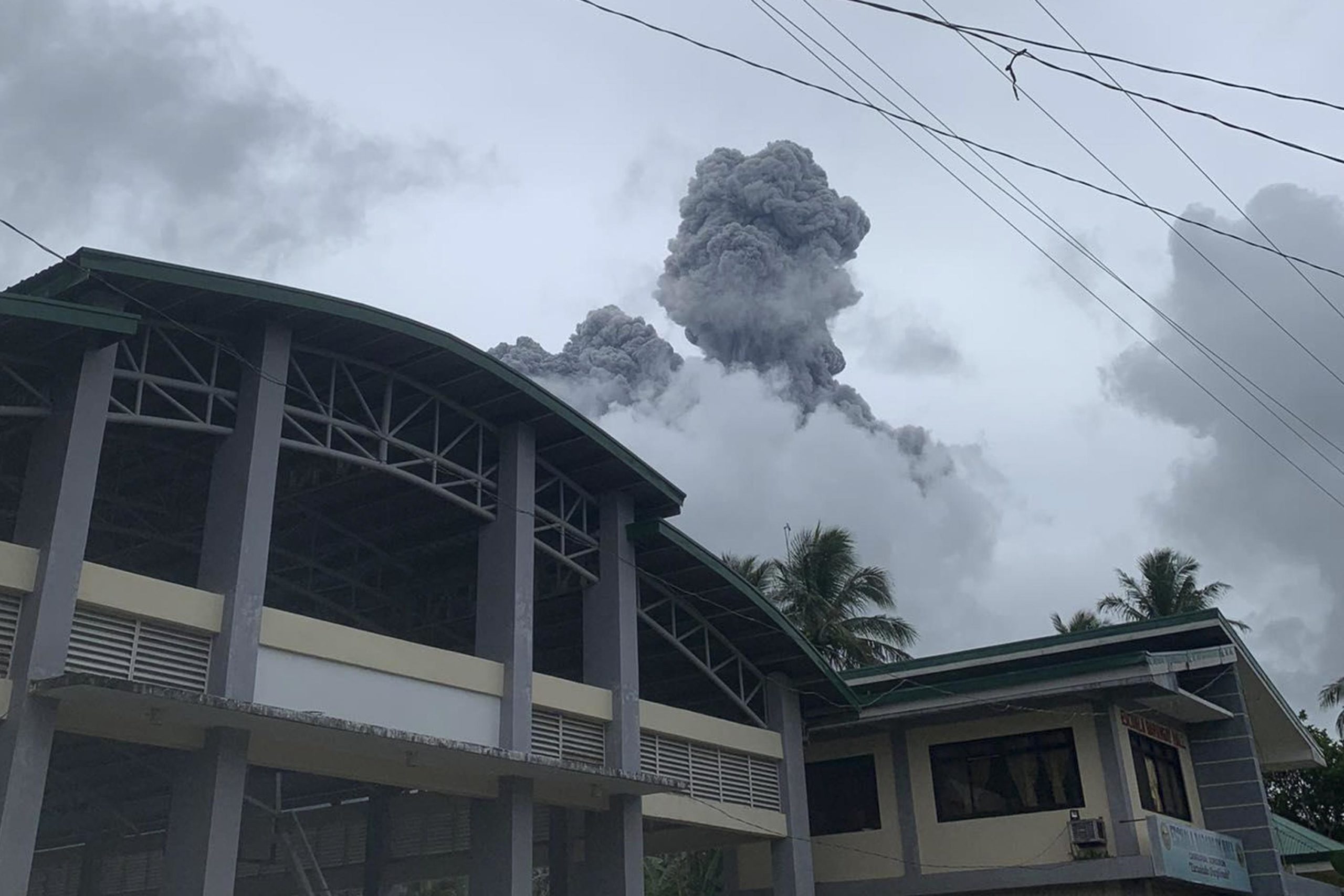 MANILA, Philippines — A volcano southeast of the Philippine capital spewed ash and steam about a kilometer (half a mile) into the sky on Sunday, scattering ash on nearby villages and alarming residents, officials said.

The Philippine Institute of Volcanology and Seismology raised the alert level at Mount Bulusan in Sorsogon province following the 17-minute blast but added there was no sign of an impending major eruption.

There were no reports of injuries, officials said. Fourteen people with four guides were hiking on a trail on the 1,565-meter (5,134-foot) volcano when it erupted close to noontime but everyone reached a nearby town safely, they said.

Villager Rica Tomale was hanging her laundry when ashfall rained down on her coastal town of Juban near Bulusan, shrouding the sky in darkness. She said that two motorcycles fell on the ash-covered roads, but they were not hurt.

“I got scared and ran back to the house, where we hurriedly put on our face masks,” Tomale, a mother of two, told The Associated Press by telephone, adding she was surprised by the ashfall because she did not hear the volcano explode.

One of the country’s most active volcanoes, Bulusan has been showing signs of unrest with on-and-off ash and steam explosions in recent years.

“It is currently in an abnormal condition,” the government volcanology institute said, and asked people to stay away from a 4-kilometer (2. 4-mile) permanent danger zone around the volcano.

Ashfall hit at least seven villages in and near Juban at the foot of Bulusan where people were asked to stay indoors and wear masks. Motorists were advised to drive cautiously.

Officials said they were assessing whether to evacuate residents, especially pregnant women, the elderly and children.

Outside the permanent danger zone, the institute warned people including those living on the vulnerable southeastern side of the volcano to stay alert due to the increased possibilities of sudden eruptions and mudflows amid the rainy season. The volcano is located approximately 600 kilometers (373 mi) southwest of Manila.

The Philippine archipelago, which has about two dozen active volcanoes, lies on the Pacific Ocean’s “Ring of Fire,” where volcanic activity and earthquakes are common.