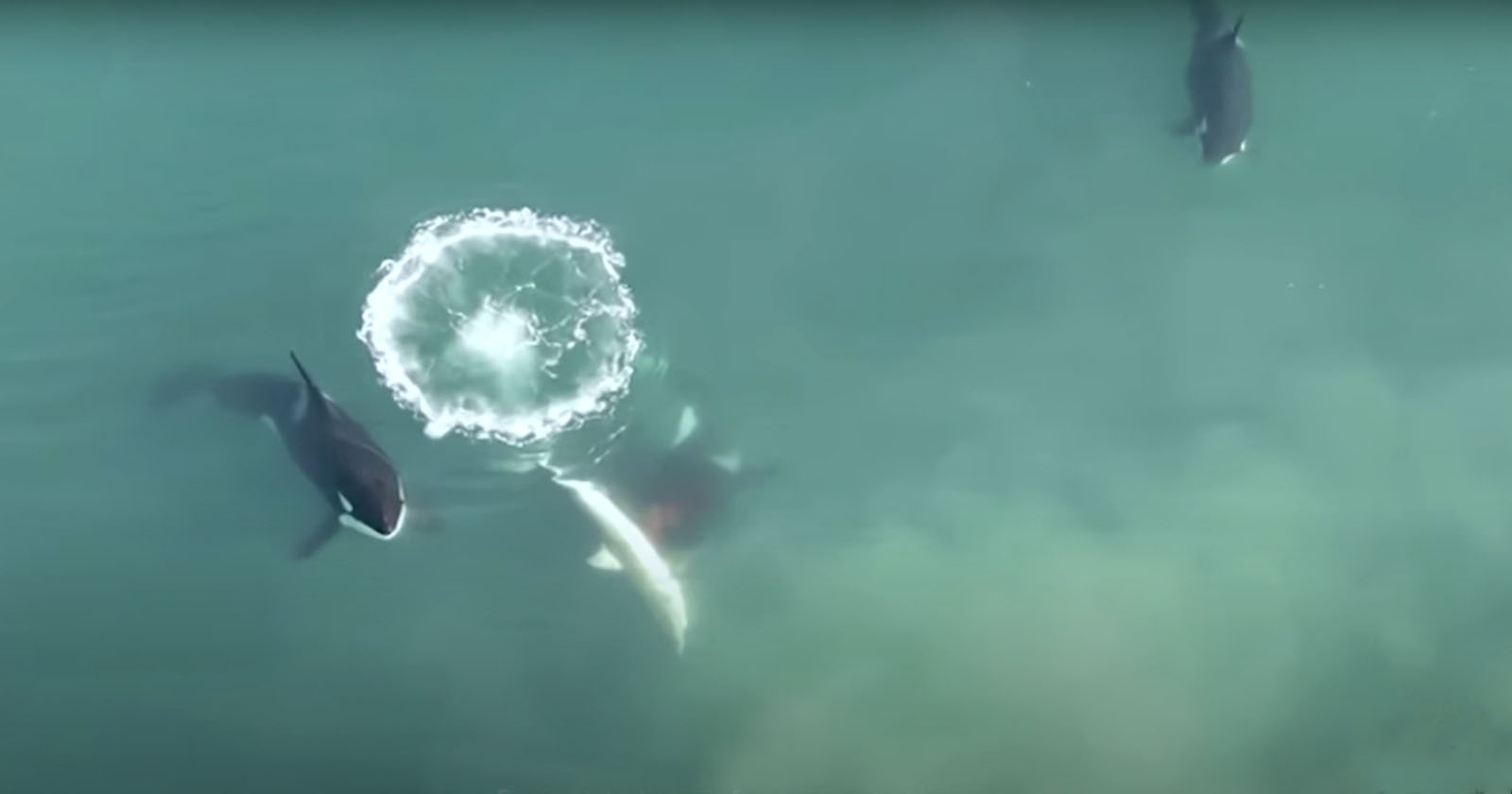 Scientists have been scratching their heads as to why great white sharks have been disappearing from the coast of South Africa. Now, newly-emerged photos and videos confirm the theory that it is because killer whales are hunting them.

Photos taken from a helicopter and video footage captured from a drone, have provided the first direct evidence that orcas are killing great white sharks in South Africa which have been published in a new paper by the Ecological Society of America’s journal.

“This behavior has never been witnessed in detail before, and certainly never from the air,” says marine scientist Alison Towner from Rhodes University in South Africa.

Orcas are known to attack other shark species but this is the first direct evidence of predation on the notorious great whites, who for years have been common around the coast of South Africa.

The astonishing footage was captured in the harbor of Mossell Bay on the afternoon of May 16. A hobbyist drone pilot caught the sight of a white shark with a pod of orcas nearby and decided to stick with them.

The drone pilot followed the group and witnessed the orcas split up. Two orcas close to the surface were seen looking in opposite directions as if they were keeping lookout, and then suddenly a fellow orca emerged from the deep between the two while pushing a three-meter-long white shark up to the surface.

The orca rolled the shark on its side and bit into its belly behind its pectoral fin, causing blood to spill into the sea. The shark was then dragged down into the abyss, never to be seen again.

Just prior to the savage killing caught by the drone, a helicopter pilot says he witnessed two sharks killed by orcas in the same area.

“Given the overlap in time and area, we assume it is the same group captured by the drone footage,” the researchers write.

The helicopter pilot captured a confrontation between the great white and the orca, where new evasive tactics used by the shark were revealed.

When an orca approached the great white, the shark adopted the tactics more commonly used by a hunted seal. Instead of fleeing, the shark remained close to the killer whale in the hope that it will outmaneuver it by tightly circling. However, because orcas hunt in groups this strategy could be redundant.

Great white sharks have been strangely absent off the coast of South Africa in recent years, with suspicions for their decline in number falling on orcas.

According to Science Alert, a well-known orca with a collapsed dorsal fin called Starboard has previously been implicated in a series of washed-up shark carcasses on South Africa’s beach, four of which were missing their livers.

The helicopter pilot witnessed Starboard eating what appears to be a large piece of shark liver, managing to get a photo of it.

That same day, sharks were witnessed fleeing the area, and for weeks after the killing spree, hardly any sharks were spotted in the bay.

The incredible imagery has shone a light on the mystery of disappearing sharks, who are treasured in that part of the world. Some people had blamed illegal hunting or overfishing, but this may not be the case after all.

The paper can be read here.