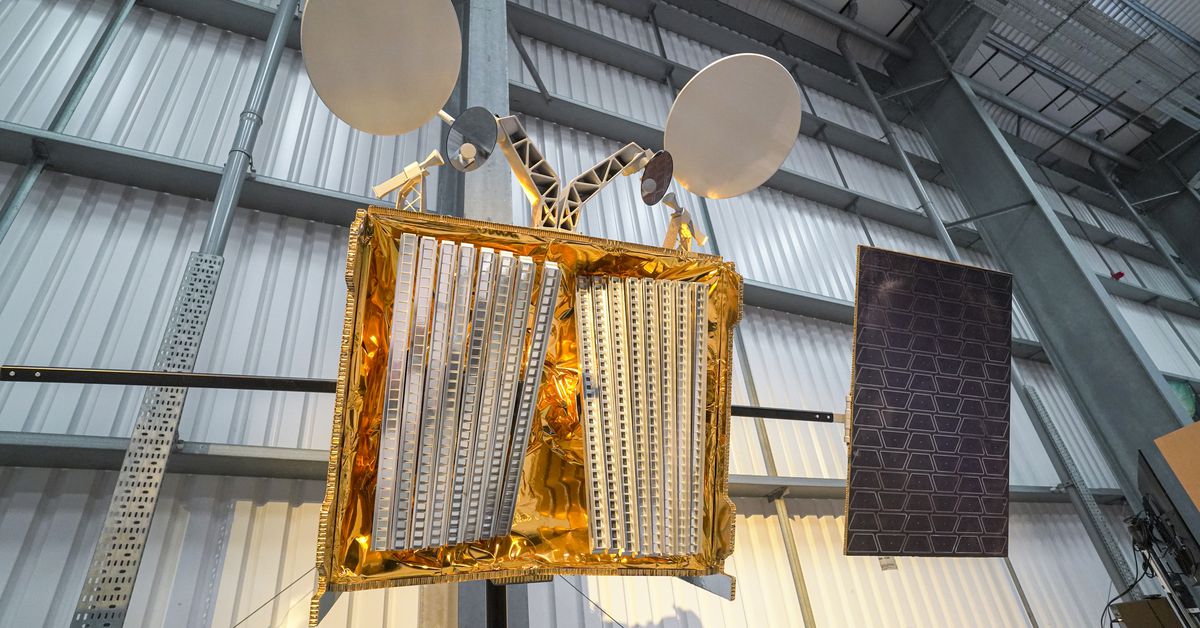 Satellite companies OneWeb and Eutelsat have agreed to a $3.4 billion merger to create a player in global internet connections that competes with SpaceX’s Starlink and Amazon’s Kuiper. Combined, the two companies say they will tie together low Earth orbit satellites that offer faster connections with less lag and geostationary satellites that have more capacity and cover wider areas, with OneWeb continuing to operate as its own brand under Eutelsat.

France-based Eutelsat provides television and internet via 36 satellites in geostationary orbits around the Earth’s equator. OneWeb, which launched its first internet-broadcasting satellites in early 2019, currently has about 428 satellites in orbit out of the 648 it plans to have as part of its constellation and has so far cut deals focusing on acting as a provider for governments and other businesses like AT&T.

Amazon’s low Earth orbit satellite internet venture Project Kuiper has booked 83 launch flights over a five-year period to deliver its planned constellation of 3,236 satellites but hasn’t launched any yet. SpaceX Starlink, by comparison, has already launched thousands of satellites, has over 250,000 subscribers, and is offering high-speed internet service in dozens of countries with multiple service options right now. For more information on the current state of satellite-delivered internet, take a look at our video describing the current state of things and the potential impact of satellite internet services.

“Bringing together our two businesses will deliver a global first, combining LEO constellations and GEO assets to seize the significant growth opportunity in connectivity, and deliver to our customers solutions to their needs across an even wider range of applications,” Eutelsat chairman Dominique D’Hinnin said in a press release. “This combination will accelerate the commercialisation of OneWeb’s fleet, while enhancing the attractiveness of Eutelsat’s growth profile.”

OneWeb competed early on with SpaceX to provide internet to the Arctic. In March 2021, the company launched 36 satellites into space and announced in July of last year that it had completed its “Five to 50” mission to provide coverage from the North Pole to the 50th Parallel. It was targeting global coverage by June of this year, but planned launches from Russia were cut off after the country invaded Ukraine. As Russia held the launches in an attempt to extract demands from OneWeb, the company was forced to switch to SpaceX as it seeks to complete its constellation.

Current OneWeb shareholders will end up with a 50 percent stake in Eutelsat after the merger is completed, which could happen in the first half of 2023. The approval process also includes navigating the UK’s National Security and Investments Act in order to evaluate any potential threats the merger could pose to national security.

The post OneWeb and Eutelsat merger sets up a European satellite internet giant to take on SpaceX, Amazon appeared first on The Verge.