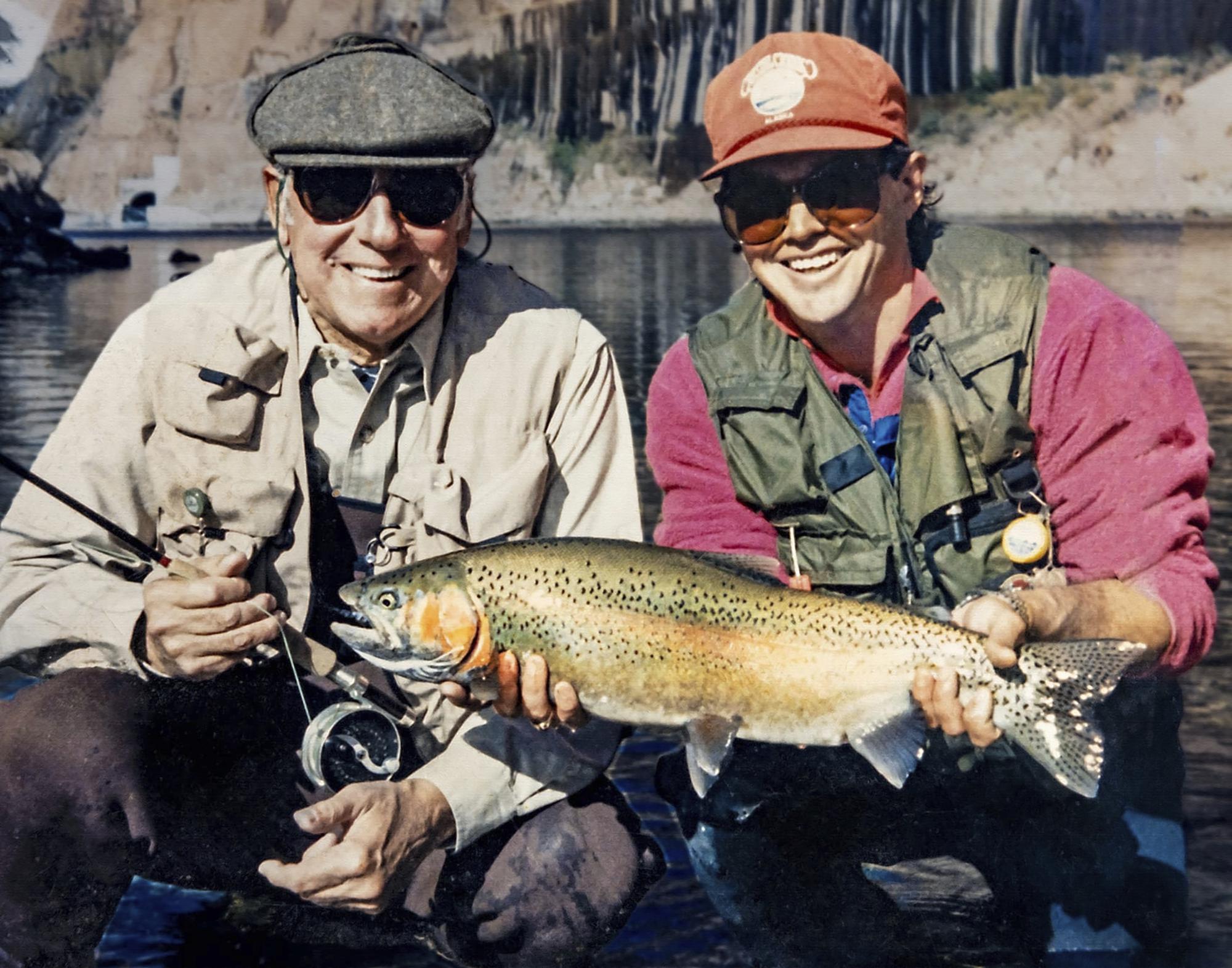 DENVER — To guide fishing trips for a year or two, that’s what brought Terry Gunn to the red canyons of northern Arizona. The chance to hike, raft and fly fish drew Wendy Hanvold, a retired ski bum, who took a job there waiting tables at an anglers lodge. He was an intrepid fisherman who just returned from Alaska. She had heard of him and approached his table one day to order.

“You’re a fly-fishing guide, aren’t you? She replied. “I’ve always wanted to learn.”

It was a match made in Marble Canyon.

The couple started an anglers shop and guide service. They also bought a lodge. And they raised their son. The couple takes pride in showing visitors the best places to fish for prized rainbow trout under the craggy Colorado River cliffs.

But it could all soon change as warmer water temperatures threaten fish survival and the Gunn’s livelihood.

Key Colorado River reservoirs Lake Powell & Lake Mead only have about one quarter of their capacity. Overuse combined with an ever-drier climate are threatening fish stocks and economies.

“We’re in totally uncharted territory,” said Gunn, who began guiding in Marble Canyon in 1983. That year, Glen Canyon Dam began to release water on an emergency basis after record snowmelt produced a powerful spring runoff, resulting in near failure of the dam. In all these years, the river has usually been cold, with typical summer temperatures in the 50s.

But since late August, the water temperature at Lees Ferry — the site of a world-famous trout fishery — has risen above 70 degrees seven times. That might be idyllic for a summer dip under the blazing Arizona summer sun, Gunn said, but approaches peril for the beloved sport fish. A few degrees higher can be lethal.

To make matters worse, when temperatures rise, the amount of oxygen dissolved in the water falls, making it tough for fish to even breathe.

As the reservoir drops, it sends warmer water with less oxygen into the river below the dam. Should that water reach 73 degrees, Gunn said his family’s guide service could start calling off afternoon trips.

Recently, a small reprieve of cooler temperatures has taken the edge off the fear at Lees Ferry, but uncertainty still taints the air.

“Mother Nature has a few trump cards, and she can play any one that she chooses.

Seven states, Mexico, and tribal nations depend on the stressed Colorado River. They have undergone voluntary and mandatory cuts and are grappling with how to further reduce their reliance on the river by about 15 to 30 percent, per a recent mandate by the Department of the Interior.

A few miles from Lees Ferry’s trout fishing operation, there is another danger: the non-native predatory smallmouth Bass. These fish are supposed to be kept in Lake Powell. But this summer they were found in the river below the dam. Smallmouth bass already wreaked havoc on native fish way upriver where the government spends millions of dollars each year to control the predators. They were held at bay in Lake Powell because Glen Canyon Dam has served as a barrier for them for years — until now. These introduced fish are now able to break through the dam to reach the Grand Canyon where they can be found the largest numbers of the endangered humpback Chub.

The National Park Service will apply chemical pesticides to these fish on Saturday. The infested area is sealed off from the river with a vinyl barrier, desirable fish are moved to the main channel, and the substance is applied to just that area, said National Park Service fisheries biologist Jeff Arnold. A second treatment is likely later this fall. The Bureau of Reclamation has said it will contribute $30,000 for the second treatment, and is exploring additional funding from the Bipartisan Infrastructure Law and Inflation Reduction Act for longer-term solutions such as barriers that would prevent fish from even approaching the dam. A mid-term solution might be to allow cold water from the deeper parts of the lake to flow into the river below. This would require hydropower to be avoided, but the cool water could disrupt the spawning process of predatory fish. It’s been successful in other rivers and could help protect both native fish and rainbow trout.

Several hundred miles downstream, at the site of another fish threat, one hatchery has completely shut down. Lake Mead Fish Hatchery, which used to breed endangered razorback sucker and bonytail chub, ceased operations earlier this year when the lake dipped below the point where the hatchery drew its water.

Last month, the state of Nevada and the Bureau of Reclamation announced they’re kicking in nearly $12 million on a project to pull water from deeper in the lake into the hatchery. The new line will source water from a third straw that the Southern Nevada Water Authority built following a severe drop in lake levels in the early 2000s. As Lake Mead plummeted this year, the agency had to begin using it to rescue Las Vegas, and soon, the hatchery. Walking into an empty hatchery that is normally hums with water pumps and compressors can be a difficult task, according to Brandon Singer, Nevada Department of Wildlife’s supervising fish biologist.

” At first, you feel like your purpose has been lost,” Singer stated. Singer said that it was an opportunity to repair and allow his team to continue working on other species while waiting for their return to fish-rearing.

Maintaining native fish populations is a legal obligation the bureau has under the Endangered Species Act. If it does not meet this obligation, it could be sued.

Back downstream near Lake Powell. The introduced rainbow trout do not have that protection. Losing them would be heartbreaking but feels inevitable, said Terry Gunn, who checks water temperature religiously. “It’s like watching a family member grow old or die — it’s gonna happen.”

Wendy Gunn says if the trout fishery is lost and smallmouth bass take over, she could imagine Lees Ferry transitioning to a haven for warm water fish. She said that although it would be sad for many reasons, the loss of the rainbow trout and possible loss of native fish down the river could make things worse, people will still be willing to cast their lines.

“Everybody’s just gonna have to adapt,” Wendy said. “You either roll with it and change or you go away.”

The Associated Press receives support from the Walton Family Foundation for coverage of water and environmental policy. The AP is solely responsible for all content. For all of AP’s environmental coverage, visit https://apnews.com/hub/climate-and-environment

The post On the Colorado River, growing concern for trout and chub appeared first on Associated Press.