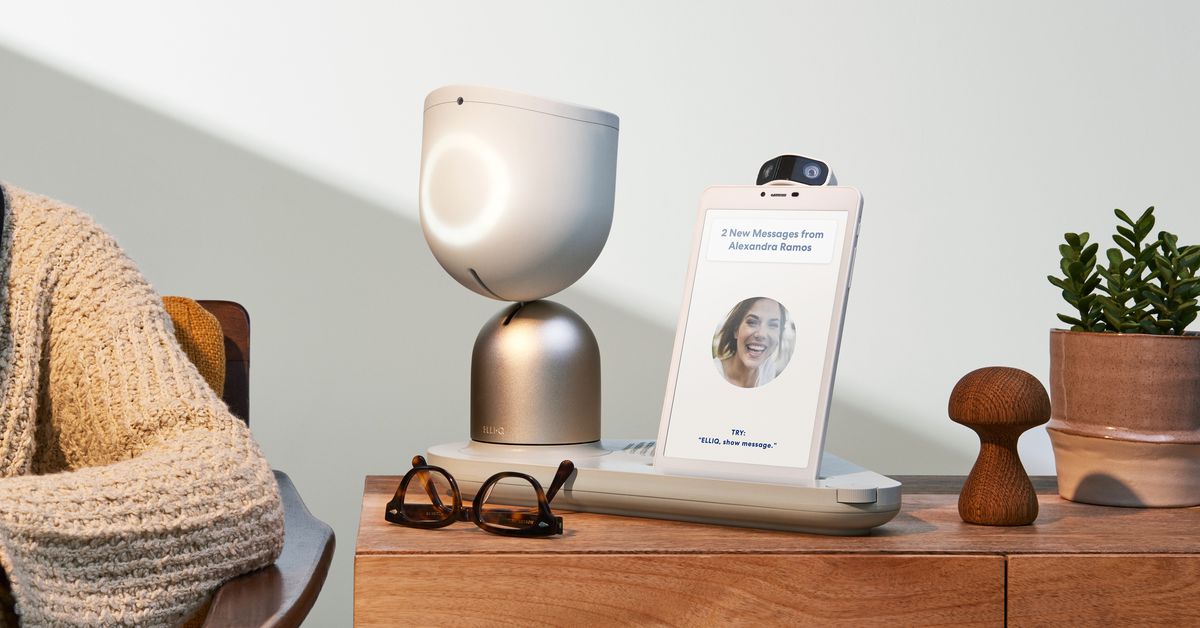 The state of New York will distribute robot companions to the homes of more than 800 older adults. Although the robots cannot assist with daily tasks physically, they can be used as companions for older adults.

The scheme is being organized by the New York State Office for the Aging (NYSOFA), and is intended to help address the growing problem of social isolation among the elderly. An estimated 14 million Americans over the age of 65 currently live alone, and this figure is projected to increase over the next decade as the boomer generation ages. Studies have suggested that long-term loneliness is as damaging to an individual’s health as smoking.

“Many features attracted us to ElliQ — that it is a proactive tool, remembers the interactions with the individual, focuses on health and wellness, stress reduction, sleep, hydration, etc,” Olsen told The Verge. “It focuses on what matters to individuals: memories, life validation, interactions with friends and families and promotes overall good health and well being.”

ElliQ consists of two parts attached to a single base. The first part is a lamp-like “face” with microphone and speakers, that lights up and swivels to face people it’s talking to. A touchscreen tablet is the second part. It displays pictures and additional information as well as conducts video calls. To better concentrate attention on the conversational capabilities of this unit, it has been intentionally designed to look more humanoid than robotic.

Intuition Robotics’ claim is that ElliQ can project empathy and form bonds with users. It is expected to be able to recall key information about the user and create a character that is unique to them. If the user is prone to laughing a lot, it will make more jokes. Media reports indicate that the robot is likely to be liked by people. Although ElliQ was developed for years, Intuition Robotics has conducted dozens of home trials in order to refine its functionality. But the true test will come from widespread deployment.

Olsen says that NYSOFA case managers will identify individuals who might benefit from ElliQ based on a few criteria. “ElliQ is designed for people aged 75 and older, who have access to Wi-Fi, and are comfortable with tech equipment and who are isolated or lonely,” he tells The Verge. “Once individuals are identified as being in the target group, Intuition Robotics will work to provide installation and training.”

NYSOFA has bought some 800 ElliQ units from Intuition Robotics for an unknown price. The usual cost to hire the robot is a $250 upfront fee and then a $30 monthly service charge. NYSOFA says by buying the robots outright it will be able to relocate them more easily.

Deploying robots for elderly care is often controversial. Advocates say robots are a necessary tool, especially when humans aren’t available. Critics say robots can dehumanize users and that their use is a reflection of the low regard society gives older people. Scientific studies suggest social robots do “appear to have the potential to improve the well-being of older adults,” but researchers say it’s hard to draw conclusions without wider trials. A new New York experiment is in its early stages.

The article NY State gives out hundreds of robots to elderly appeared originally on The Verge .