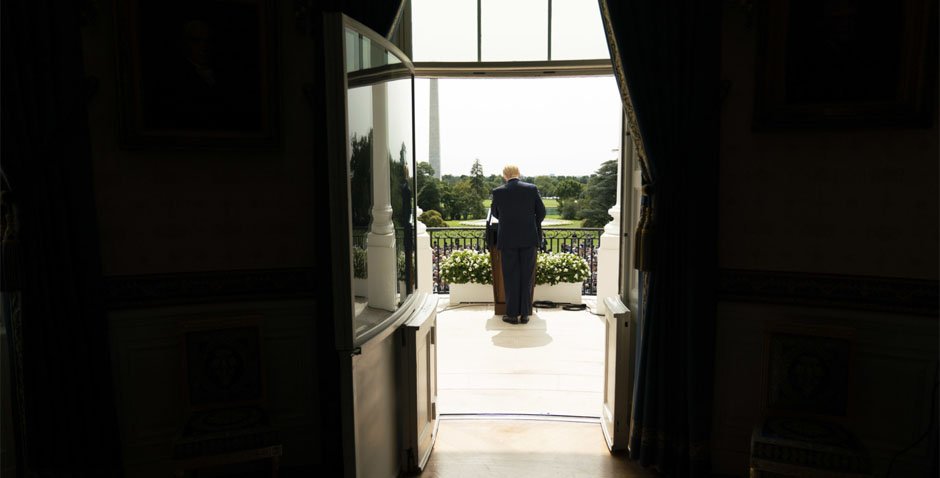 Former President Donald Trump allegedly ordered his official White House Photographer not to take any photos during the January 6, 2021 assault on the Capitol.

Shealah Craighead rarely put down her camera when Trump was in the public eye, as the former president was particularly, and notably, fond of being in front of the camera and driving stories and ratings, Business Insider reports. But on January 6, 2021, the day of the insurrection at the Capitol, photos were conspicuously absent.

This led to the House investigating committee asking why no photographs or documentation were taken on January 04, which was the day of insurrection at Capitol. She responded that it was because she had been told to not take photos.

“The chief White House photographer wanted to take pictures because it was, in her words, ‘very important for his archives and for history,'” Representative Elaine Luria, a Virginia Democrat who co-led Thursday’s hearing, tells CNN.

“But she was told, quote, ‘no photographs.'”

The House committee did not identify Craighead by name, only referring to the “chief White House photographer,” but she served in that position from 2017 until Trump left office in 2021.

” Despite not having any photos of Trump, or any official records, it was possible to learn what he was doing in his dining room [outside the Oval Office],” Luria says.

The lack of photos from that time mimics the lack of activity on Trump’s call log as there is no record of the former President making or receiving a call between 11:06 AM and just before 7 PM. The lack of public documentation has been a point of discussion from the January 6 committee, and Andrew Weissmann, who was once a top prosecutor in Special Counsel Robert Mueller’s investigation into Russian interference in the 2016 election, described this lack of documentation as a “smoking gun.”

Smoking gun: Trump trying to keep his conduct on 1/6 afternoon secret. Ordering no photos and missing call logs. Why? What didn’t he want to see: no record of his leading a coup.

But after asking for a cut of the sales in exchange for a forward for the book, Trump undercut Craighead’s book plan and sold his own with her work in it titled, “Our Journey Together.”