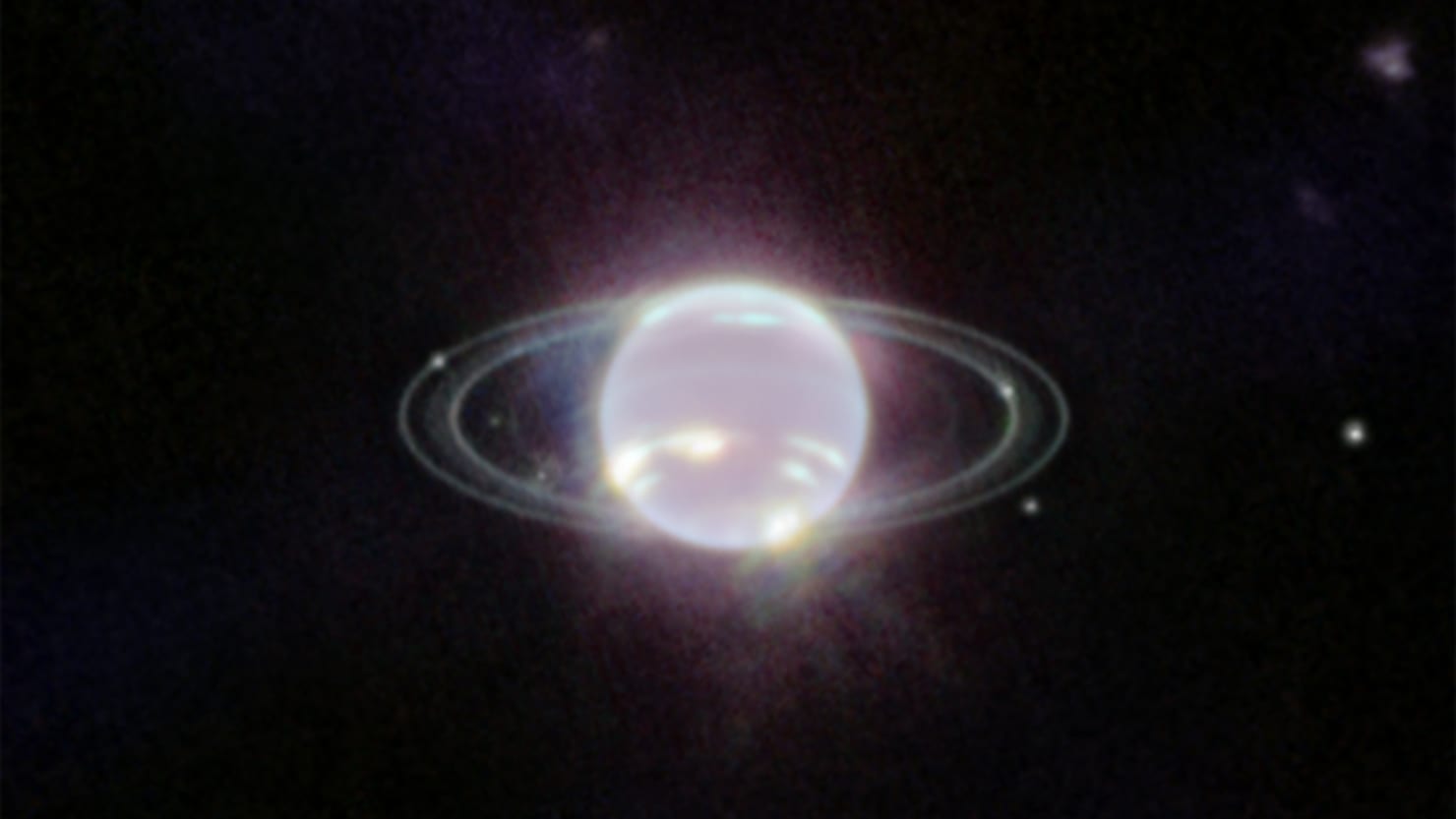 NASA’s mighty James Webb Space Telescope just delivered a picture that shows a side of Neptune you’ve probably never seen before: its rings.

The telescope’s Near-Infrared Camera (NIRCam) was able to capture what NASA is calling the clearest view of the planet’s rings in more than 30 years. Moreover, the NIRCam was also able to pick up on dust bands around the planet, as well as bright methane-ice clouds reflecting sunlight.

Compare the image to this one taken from by Hubble in 2021, which relies on visible light wavelengths, and you can quickly see how much more powerful Webb is when compared to its decades-old counterpart. The older image of Neptune also shows it appearing blue while Webb’s shows the planet shimmering like a disco ball thanks to its infrared cameras.

“It’s been 30 years since we last saw these faintly dusty rings and this is our first experience seeing them in infrared,” Heidi Hammel , an expert on the Neptune system and interdisciplinary scientist at the Webb said in a release .. This marks the first time some of the rings have been spotted since Voyager 2 whizzed past the planet in 1989.

The picture also shows seven of Neptune’s 14 moons as they orbit the icy planet. In fact, its largest moon Triton appears as the brightest spot on the image due to how it reflects 70 percent of the sunlight that hits it.

Researchers aren’t done with either Neptune or its moons either. More observations of the planet and Triton are slated for the Webb in the next year. Astronomers believe that Neptune’s orbital telescope will provide clues to the origins and evolution of Triton.