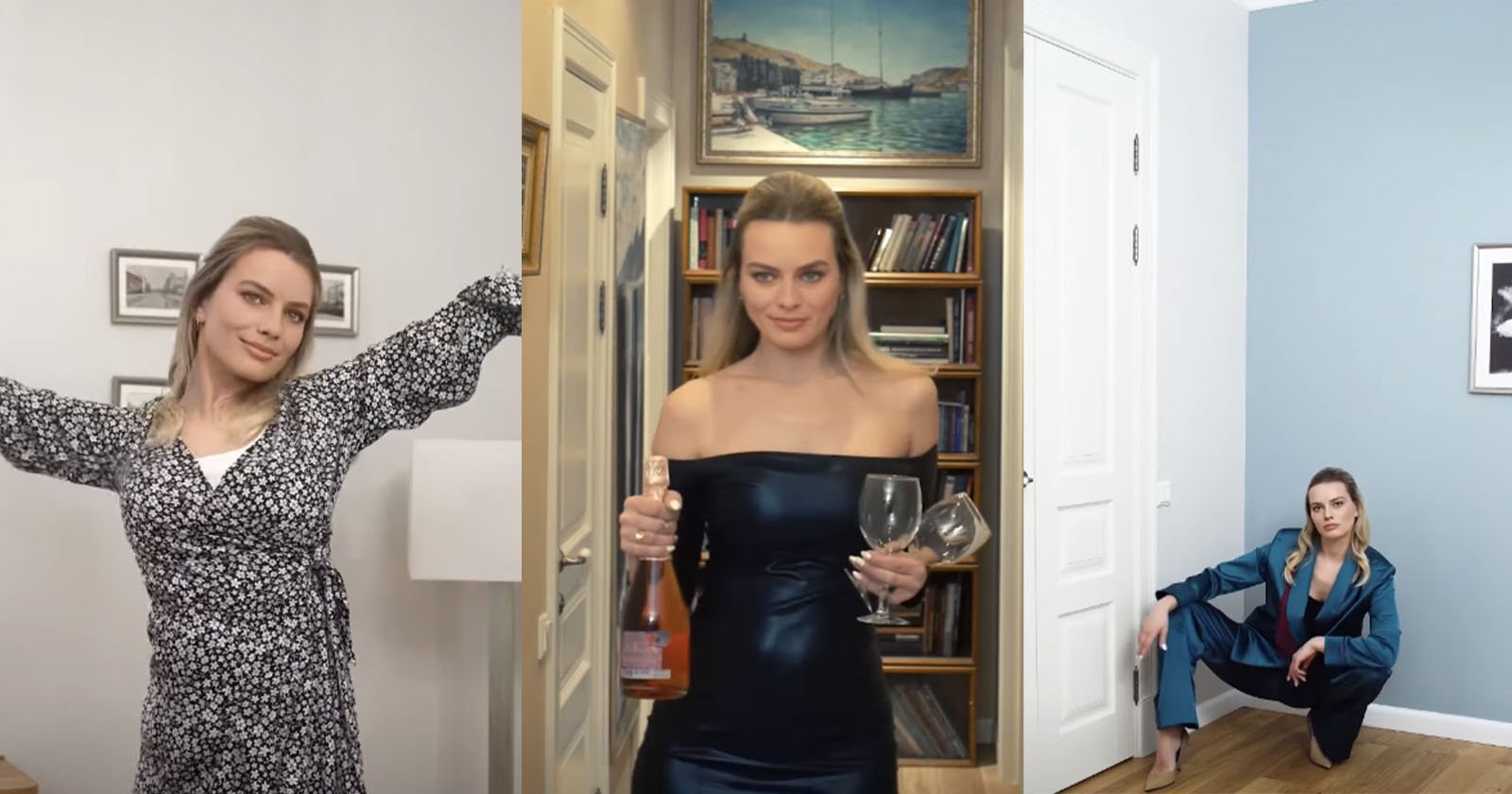 A series of disturbingly convincing online videos showing Margot Robbie appear to have been posted. The deepfakes look so much like the real actress that many users have been fooled into believing it is actually her.

Despite using the handle, @unreal_margot, many social media users are reacting to the content as if they are genuine videos of The Suicide Squad star to the degree that others have to point out that the videos are a hoax.

@unreal_margot Would you like to do a digital detox? #margotrobbie #digitaldetox #fyp sonido original – Cpryano

Videos of Robbie show her apparently posing for photos, dancing with a bottle of wine, and holding her husband’s belongings.

Comments such as “You are an absolute doll,” and “where did you get that dress from,” were common underneath one video that has racked up over 17 million views.

User ttvlifeoftiger writes, “I don’t think people realize this isn’t Margot.” Another with the username zoee.br_ says, “I’m shocked at how many people don’t know what deep fakes are.”

@unreal_margot Why do they do this? #margotrobbie #familylife #funny #fyp Baby Work It – Your Favourite Garcon

The Robbie deepfake is very convincing, although eagle-eyed viewers may notice that the eyes are not quite right: they are almost always looking forward and rarely, if ever, blink.

A Threat to Cybersecuirty and Wider Society

Research has shown that the majority of people are unaware of the existence of deepfakes, leaving this nascent technology open to abuse.

While deepfakes are used for comedy stunts like last year’s highly-realistic Tom Cruise, other sinister videos featuring a false Elon Musk were used to steal peoples money through cryptocurrency scams.

@unreal_margot What have you been up to this year? #margotrobbie #actress #digitaldetox #challangeaccepted #fyp Jr Stit x bruno mars x adele – Margaux_lbt

“The threat to civil society is that left unchecked, entire populations could have their views and opinions swayed by deepfake-delivered disinformation campaigns distorting the truth of events. People will no longer be able to determine truth from falsehood,” writes Kevin Townsend on Security Week.

How Does a Deepfake Work?

Deepfakes rely upon machine learning models that utilize large data sets to create an accurate algorithm which is why most of the deepfakes that gain popularity are of celebrities: there are many photos and videos to build a convincing deepfake.

There are actually two machine learning models that can be used to make a deepfake: one that creates the forgeries, and another one that tries to detect if they are fake. When the latter model can no longer tell if the video is counterfeit, then the deepfake should be believable enough to a human viewer. This technique is called generative adversarial network (GAN).

While deepfakes can be detected by other AI-based systems produced by Microsoft and Facebook, scientists recently proved that these security systems can still be fooled.