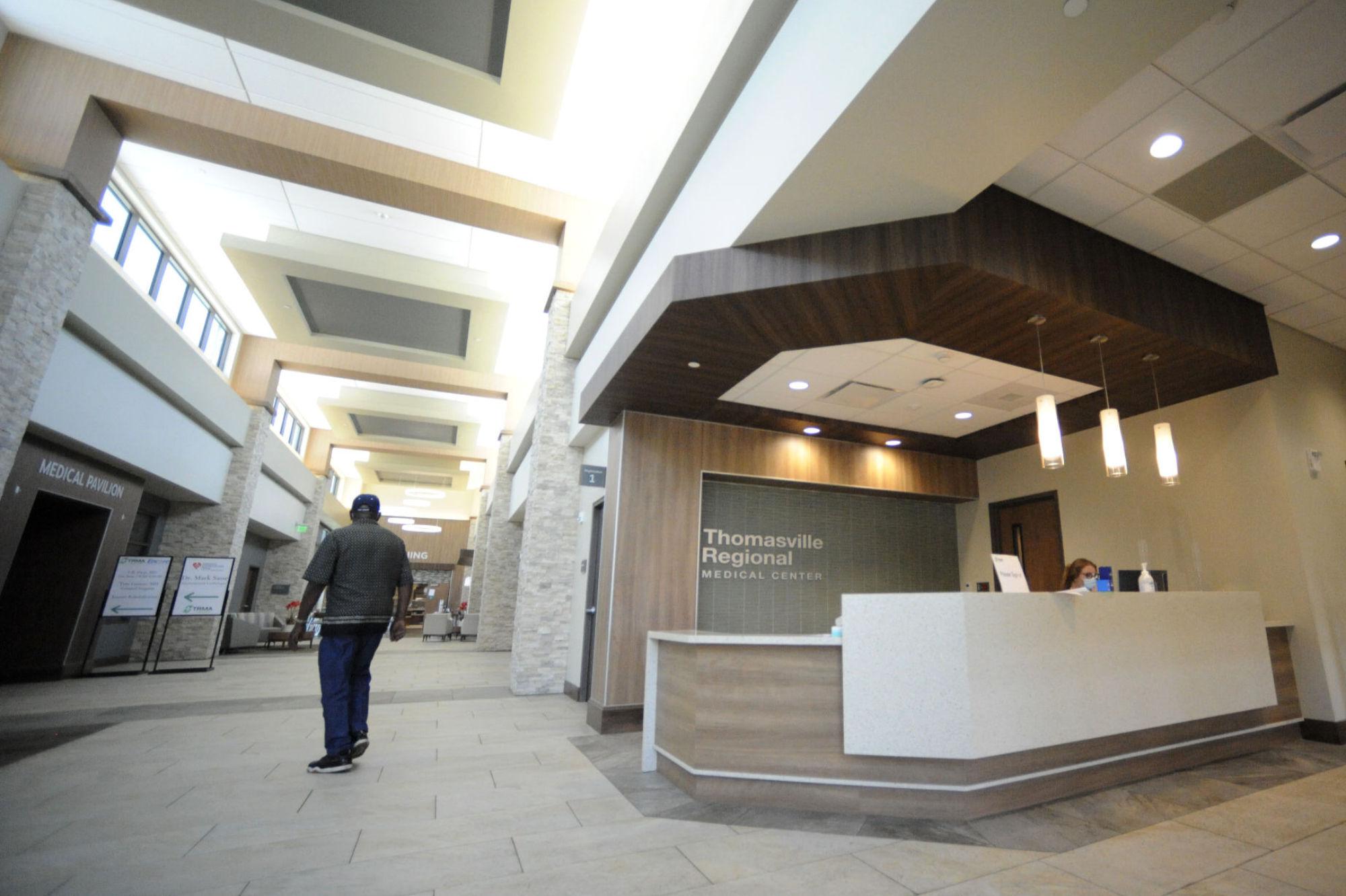 THOMASVILLE, Ala. — A whole town celebrated in 2020 when, early in the coronavirus pandemic, Thomasville Regional Medical Center opened, offering state-of-the-art medicine that was previously unavailable in a poor, isolated part of Alabama. The timing for the ribbon-cutting seemed perfect: New treatment options would be available in an underserved area just as a global health crisis was unfolding. In the end that is what may have caused the hospital’s demise.

Now deep in the red two years into the pandemic, the 29-bed, $40 million hospital with a soaring, sun-drenched lobby and 110 employees is among three medical centers in the United States that say they are missing out on millions in federal pandemic relief money because the facilities are so new they lack full financial statements from before the crisis to prove how much it cost them.

In Thomasville, located in timber country about 95 miles (153 kilometers) north of the Gulf Coast port of Mobile, hospital officials have worked more than a year to convince federal officials they should have gotten $8. 2 million through the CARES Act, not just the $1 million they received. With a total debt of $35 million, the quest gets more urgent each day, said Curtis James, the chief executive officer.

“A hospital cannot survive without the CARES Act funds that everyone else received,” James stated.

Employees are trying to save money by cutting back on supplies but residents including Judy Hutto are worried about the hospital’s future. Hutto drove there recently for tests from her home 15 miles (24 kilometers) out in the country.

CEO Barry Beus also is trying to plug a gap at Rock Regional Hospital, located south of Wichita in Derby, Kansas. The hospital is due as much as $15. 8 million, officials said, but because it only opened in April 2019 and lacks complete pre-pandemic financial statements, it has received just a little more than $985,000.

The only thing that’s saved the facility from financial ruin so far is the cooperation of doctors, contractors and vendors who haven’t pushed for payments, he said. Beus stated, “If they lose them we lose the hospital.”

Three Crosses Regional Hospital opened in 2020 in Las Cruces, New Mexico, and piled up a staggering $16. 8 million in losses in just three quarters while receiving only $28,000 in aid, said Landon Fulmer, a Washington lobbyist working with all three hospitals to obtain additional funding. Each facility is being penalized for being new even though they provided the same costly COVID-19 care as other medical centers and lost revenue from other procedures including elective surgeries, he said.

“It really is quite a strange situation in a way, one that shouldn’t have happened,” Fulmer said.

With about 420,000 health care providers nationwide already receiving assistance from a $178 billion pot, the government isn’t covering 100% of losses for anyone, said Chris Lundquist, a spokesman for the U.S. Health Resources and Services Administration, which is overseeing the program.

“HRSA “has tried to give as much support to hospitals as possible within the limitations of the law, funding,” he stated. To create an equitable payment system, the agency used proxy financial data for hospitals in 2019 and 2020.

” They have all been funded,” stated Lundquist.

While virtually all the aid money is spoken for, Lundquist said hospitals seeking additional aid can go through an appeals process. Hospitals also can seek a supplemental appropriation or funding in the upcoming fiscal years, he said. The hospitals all feel they are entitled to more.

Officials in Thomasville are trying to leverage congressional influence. Mayor Sheldon Day has made several trips to Washington, D.C., to speak with members of the state’s congressional delegation and health officials, and the president of the Alabama Hospital Association, Dr. Don Williamson, has contacted the White House seeking help.

“They’ve been assured they’re going to be taken care of. But the fact is, when you’re dealing with government entities, you don’t have the money until you have the money,” said Williamson.

Located in southwest Alabama, Thomasville lies within an impoverished area called the Black Belt. About 70% of Black Belt residents qualify for Medicare or Medicaid, and health care has been limited for generations.

The last hospital shut down in Thomasville more than a decade ago, leaving only hospitals that offer fewer services in the surrounding region. Officials worked for years to secure a new hospital so residents wouldn’t have to drive 90 minutes for high-tech services such as digital imaging, full surgical options, echocardiograms, 3D mammography and more.

Using a partnership between the city and a municipal health care authority, Thomasville Regional secured federal funding from the Department of Agriculture and opened on March 3, 2020, before cases of COVID-19 caught fire in the rural South.

“We thought we were off to a good start,” said James, the chief executive. “And then everything shut down.”

Patients stopped showing up for scans, elective surgeries, mammographies and other moneymaking services because of pandemic shutdowns, and financial reports that looked promising turned perilous within weeks.

Recognizing that new hospitals couldn’t calculate COVID-19 losses because they couldn’t compare 2020 numbers with past years, Health and Human Services allowed hospitals to use budget numbers for calculations rather than prior financial statements. That’s how the hospital determined that it was missing out on more than $7 million in aid, James said.

While the hospital is still waiting on that aid, he said, the government did agree to provide $1 million in assistance that went to all other hospitals.

“That was OK, but other hospitals that are in our region got $8 million, $9 million,” he said.

Just like Thomasville Regional in Texas, Rock Regional was unable to generate any revenue soon after it opened, according to Beus, its CEO. The hospital is still struggling with staff shortages due to the pandemic. They also have to pay premiums to nurses who travel to the hospitals to cover shifts. All this while trying to keep the company afloat. He said that it was frustrating.