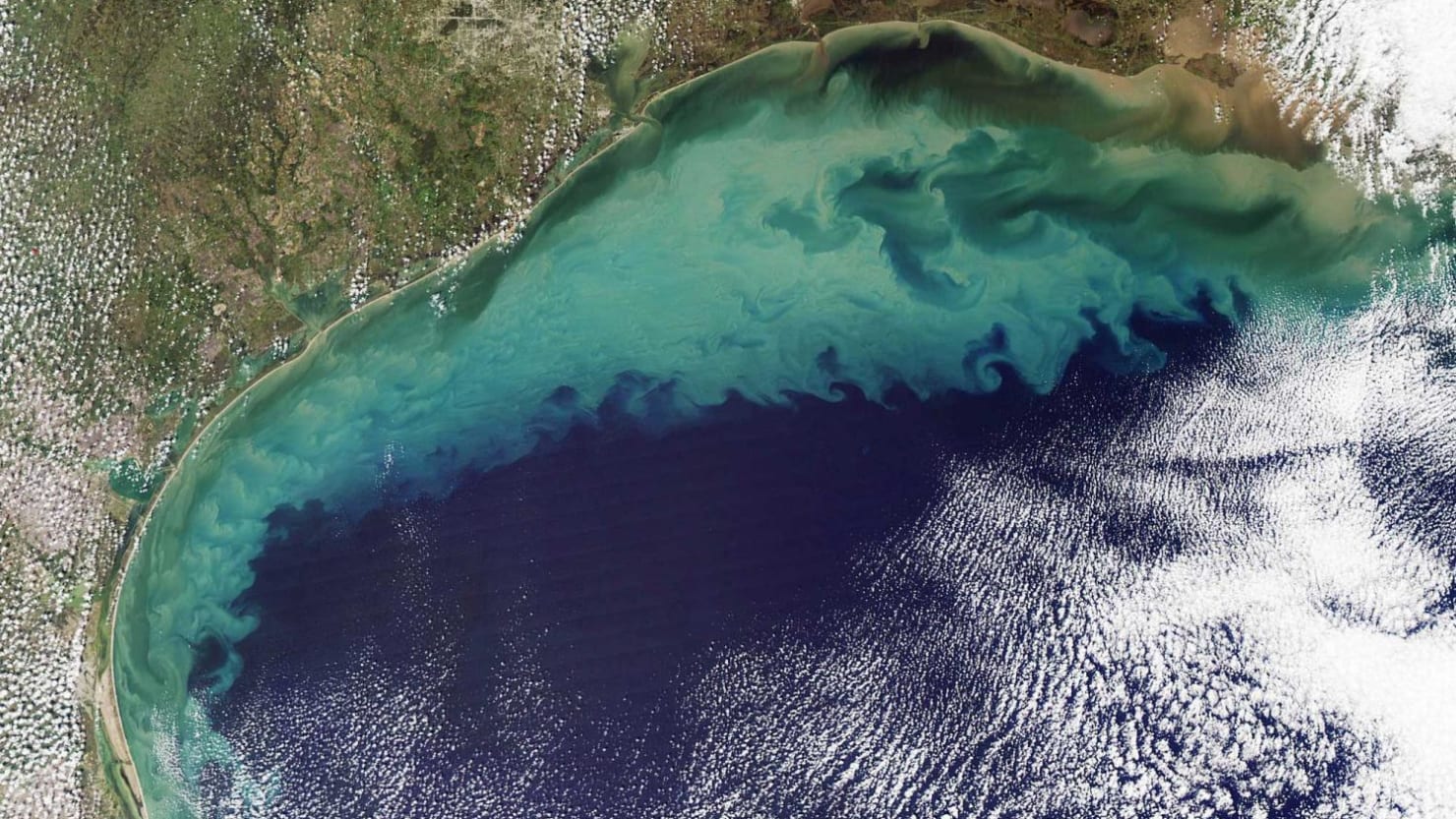 Global warming doesn’t just mean scorching temperatures and rising sea levels. It also means the death of oceans, lakes, rivers, and other bodies of water. Dead zones–areas in the water that are low on oxygen–are on the rise around the world due to a double-whammy of hotter temperatures and increased pollution, leading to the death of marine life and turning once vibrant habitats into hypoxic deserts.

Scientists have been monitoring one such dead zone in the Gulf of Mexico–considered the largest in U.S. waters–for over three decades. On June 2, the National Oceanic and Atmospheric Administration announced the Gulf of Mexico dead zone is expected to reach 5,364 square miles (or about eight times the size of the city of Houston) this year. This forecast is only a smidge lower than the five-year average of 5,380 square miles, and about 15 percent smaller than last year’s measurement. But it’s still nowhere close to the federal-state target of 1,900 square miles set in 2001. Dead zones result from runoff of chemicals such as nitrogen and phosphorus that has been emitted by agricultural activities and industrial activity. This can stimulate the growth of algae in nearby waterways. Overgrown algae sink and decompose and the decomposition process strips water of its oxygen, depriving marine life.

Climate change only worsens the situation since water holds less oxygen as it warms up, making it easier for dead zones to form. Marine animals, which expend more energy in warm weather, require oxygen more.

The Gulf of Mexico’s dead zone is fueled by nutrient runoff from farms along the Mississippi River. Interagency Mississippi River, and Gulf of Mexico Hypoxia Task force have used NOAA’s hypoxia forecasts (based on computer modeling by five universities and one agency) and the U.S. Geological Survey nutrient monitoring in setting nutrient reduction goals across Mississippi’s watershed states. To confirm and expand the size of the dead zones, NOAA conducts a summer monitoring survey to include any coastal conditions that might affect the size or oxygen levels.

” The Gulf dead zone is still the most hypoxic area in US waters. We want to learn more about its causes and effects,” stated Nicole LeBoeuf (assistant administrator, NOAA’s National Ocean Service ) in a press release . “The modeling we do here is an important part of NOAA’s goal to protect, restore, and manage the use of coastal and ocean resources through ecosystem-based management.”

The post New NOAA Report Shows How Climate Change Is Fueling a 5,000-Square-Mile ‘Dead Zone’ in the Gulf of Mexico appeared first on The Daily Beast.