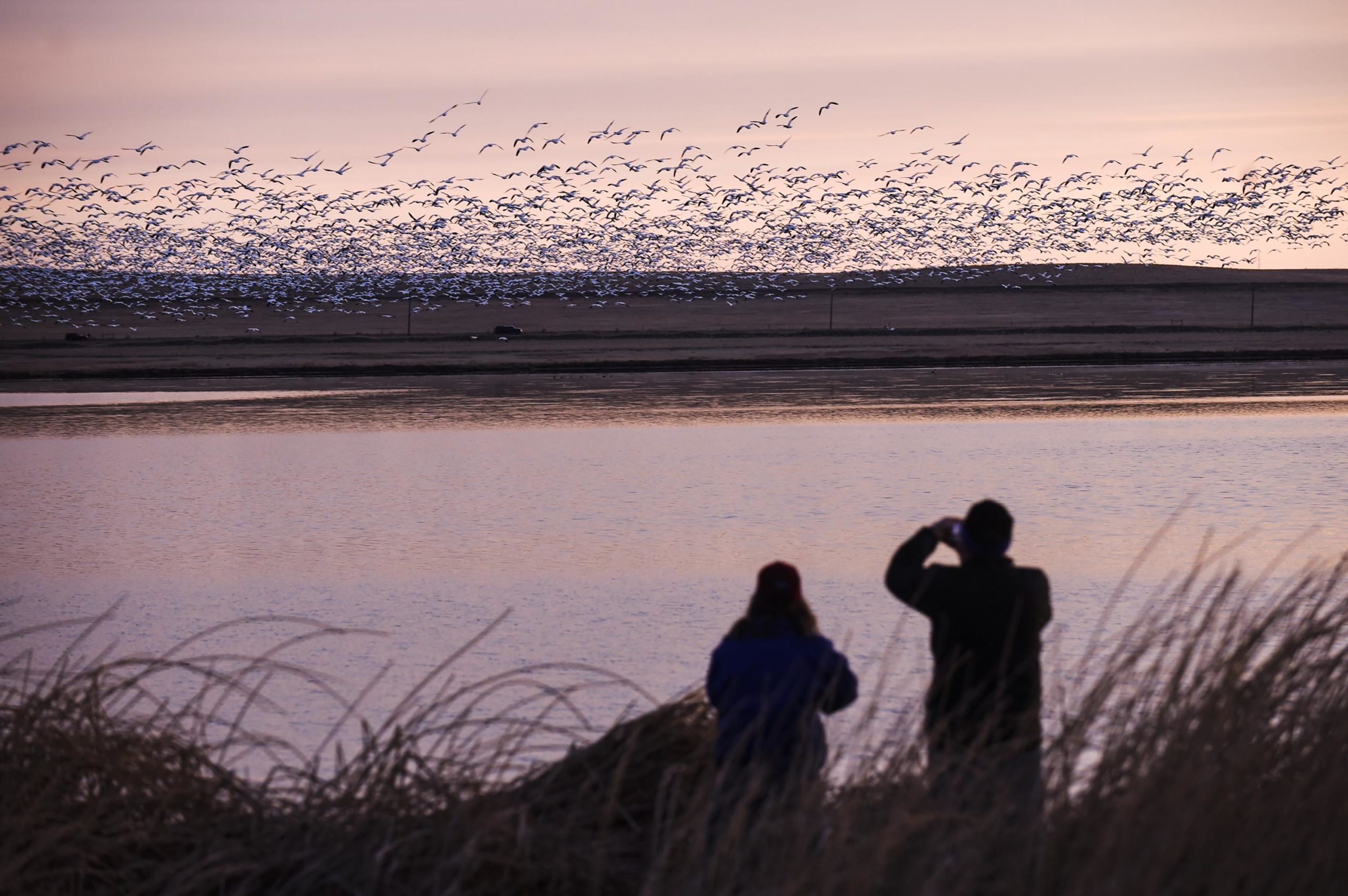 WASHINGTON — A bay-breasted warbler weighs about the same as four pennies, but twice a year makes an extraordinary journey. The tiny songbird flies nearly 4,000 miles (6,437 kilometers) between Canada’s spruce forests and its wintering grounds in northern South America.

“Migratory birds are these little globetrotters,” said Jill Deppe, the senior director of the migratory bird initiative at the National Audubon Society.

A new online atlas of bird migration, published on Thursday, draws from an unprecedented number of scientific and community data sources to illustrate the routes of about 450 bird species in the Americas, including the warblers.

The Bird Migration Explorer mapping tool, available free to the public, is an ongoing collaboration between 11 groups that collect and analyze data on bird movements, including the Cornell Lab of Ornithology, Smithsonian Migratory Bird Center, the U.S. Geological Survey, Georgetown University, Colorado State University, and the National Audubon Society.

For the first time, the site will bring together online data from hundreds of scientific studies that use GPS tags to track bird movements, as well as more than 100 years of bird-banding data collected by USGS, community science observations entered into Cornell’s eBird platform, genomic analysis of feathers to pinpoint bird origins, and other data.

“The past twenty years have seen a true renaissance in different technologies to track bird migrations around the world at scales that haven’t been possible before,” said Peter Marra, a bird migration expert at Georgetown University who collaborated on the project.

The site allows a user to enter a species — for instance, osprey — and watch movements over the course of a year. For example, data from 378 tracked ospreys show up as yellow dots that move between coastal North America and South America as a calendar bar scrolls through the months of the year.

Or users can enter the city where they live and click elsewhere on the map for a partial list of birds that migrate between the two locations. For example, ospreys, bobolinks and at least 12 other species migrate between Washington, D.C. and Fonte Boa, Brazil.

As new tracking data becomes available, the site will continue to expand. Melanie Smith, program director for the site, said the next phase of expansion will add more data about seabirds.

Washington, D.C. resident Michael Herrera started birdwatching about four months ago and was quickly hooked. “It’s almost like this hidden world that’s right in front of your eyes,” he said. “Once you start paying attention, all these details that were like background noise suddenly have meaning.”

Herrera said he’s eager to learn more about the migratory routes of waterbirds in the mid-Atlantic region, such as great blue herons and great egrets.

Georgetown’s Marra hopes that engaging the public will help spotlight some of the conservation challenges facing birds, including loss of habitat and climate change.

In the past 50 years, the population of birds in the U.S. and Canada has dropped nearly 30%, with migratory species facing some of the steepest declines.