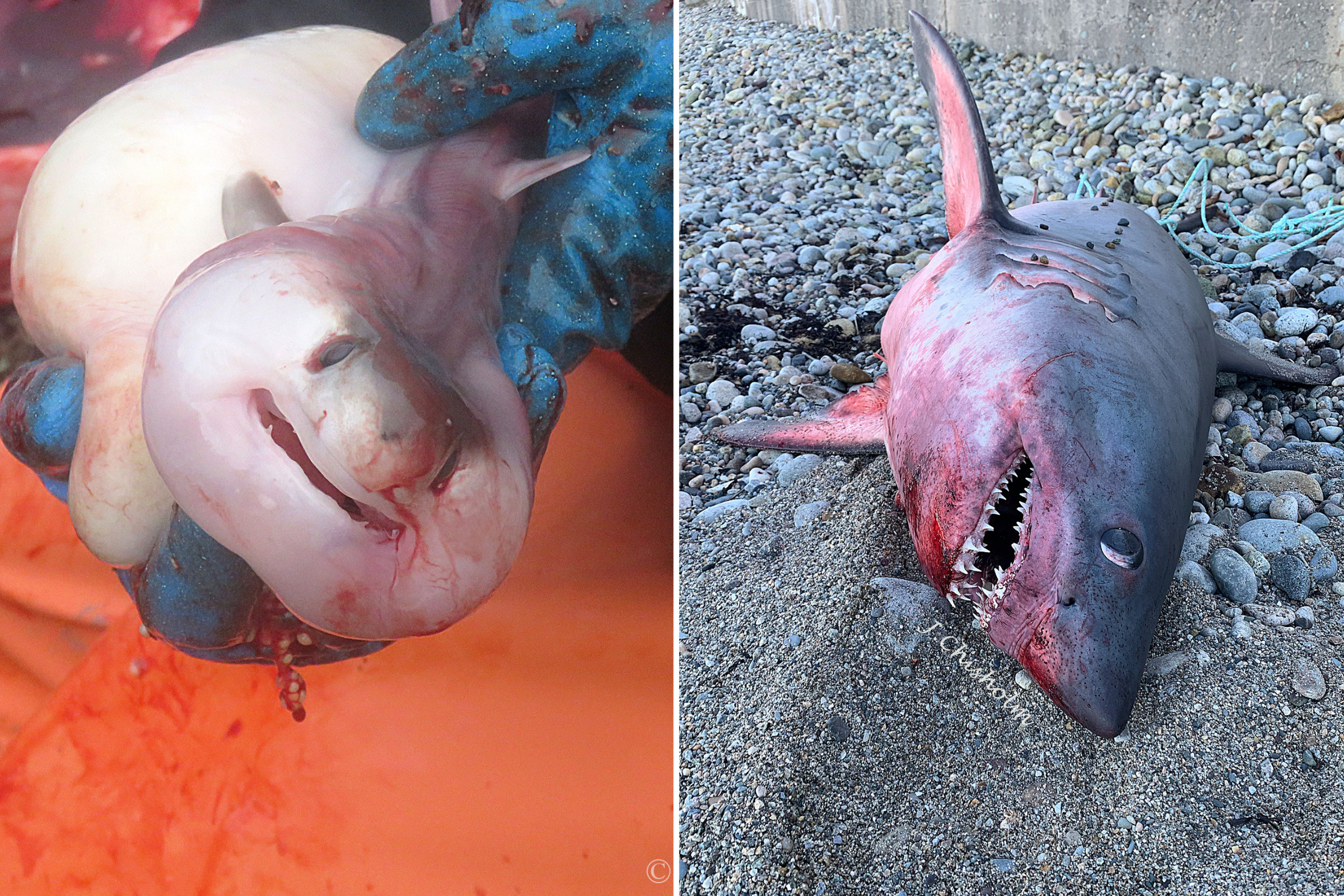 An 8-foot pregnant shark was found washed up dead on a beach in Marshfield, Massachusetts last week.

Marine biologist John Chisholm received a call on Friday from a member of the public reporting a washed up female porbeagle shark.

“It happens every year–usually around this time,” Chisholm told Newsweek.

With the local harbormaster and other first responders, he went down to the shore to investigate and was taken aback by the rare find.

” I could see it was fresh,” he stated. “The weather was really bad. There was a high surf so we couldn’t really do anything then. We got some help from the local fire department because it was a pretty big shark and we ended up dragging it up above the high tide line and securing it so we could come back on Saturday.”

The next day the team returned to perform a necropsy, and the condition of the deceased shark was good news for their research.

“Usually by the time we get there the sharks are dead or decaying so it’s hard to get any real information from them,” explained Chisholm, who works with the New England Aquarium. “We don’t always get such pristine specimens.”

The mature female shark was also pregnant, with four embryos, something which Chisholm said is “unusual” to see. The shark died without any obvious trauma signs. However, the team has taken samples of tissue to analyze the tissues.

How Long Is a Shark Pregnant?

In other shark species, lengths of pregnancy vary from 12 months for a great white shark to estimates of up to 3. 5 years for basking sharks.

“What we did get from it was valuable information on the reproductive history of these sharks, which we know a little bit about,” said Chisholm. “We secured the embryos so we can look at them and see what phase of development they were in and things like that.”

” The vertebrae and tissue from the liver will be given to researchers who study the biology of sharks.

The porbeagle shark, also known as the mackerel shark, is often called this because it is its favourite prey. They resemble a small great white and are found in the Northern Atlantic Ocean. However, they can also be found in Southern Indian Ocean, Southern Pacific, Antarctic Ocean, and the Antarctic Ocean.

How Does a Shark Get Pregnant?

The female porbeagle is ovoviviparous meaning that their eggs are fertilized internally. When he is courting, the male shark will bite at the females’ pectoral fins and gill area. This helps to keep them on their side during pregnancy.

“We don’t like to see dead sharks, but when we do have the opportunity to sample a shark like this, that’s a win for science because we can learn more about the natural history of this shark,” said Chisholm. “A lot of people get to benefit.”

After sharing the discovery, Chisholm highlighted the importance of public reports of dead marine life.

“A lot of these sharks get discovered by people walking the beach,” he explained. “We depend a lot on public observations, in this case someone walking the beach was the first one to report it–if they hadn’t, we probably would’ve never found it in such good shape.”

People who want to report washed-up marine life can contact John Chisholm via Twitter under the handle @MA_Sharks.

The post Necropsy on Pregnant Shark Washed Up in Massachusetts Reveals 4 Embryos appeared first on Newsweek.