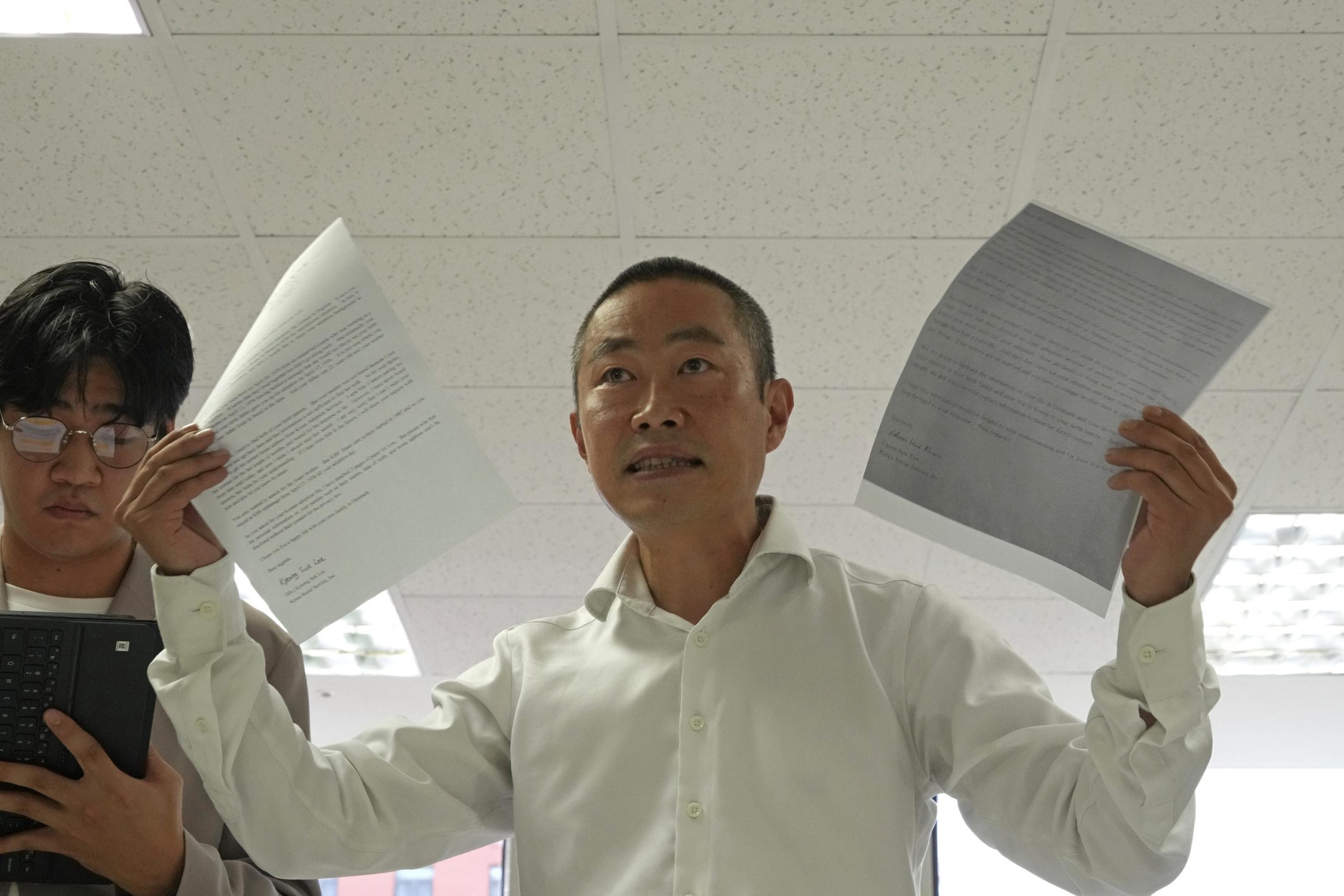 SEOUL, South Korea — For 40 years, Louise Kwang thought she was an orphan baby found on the streets of the South Korean port city of Busan before her adoption to Danish parents in 1976.

She felt her entire sense of identity collapse in 2016 when her South Korean agency matter-of-factly acknowledged that her origin story was fiction aimed at ensuring her adoptability.

“(The English file) says you were transferred from Namkwang Children’s Home in Pusan (Busan) to KSS for international adoption. In fact, it was just made up for adoption procedure,” Kyeong Suk Lee, a social worker at the Korea Social Service, wrote in a letter to Kwang after she requested her original Korean-language file.

The agency turned out to know about Kwang’s biological parents, including her father whom she later met. There’s no indication Kwang was ever in Busan, which is several hours’ drive from the country’s capital, Seoul, where her father had been living in 1976.

“I was not an orphan. I have never been to Busan nor at the orphanage in Busan,” Kwang said at a news conference in Seoul on Tuesday. “This was all a lie. A lie made up for adoption procedure. I have been made non-existent in Korea, to get me out of Korea as fast as possible.”

Kwang is among nearly 300 South Korean adoptees in Europe and the United States who so far have filed applications calling for South Korea’s government to investigate the circumstances surrounding their adoption, which they suspect were based on falsified documents that laundered their real status or identities.

Their effort underscores a deepening rift between the world’s largest diaspora of adoptees and their birth nation decades after scores of Korean children were carelessly removed from their families during a child export frenzy that peaked in the 1980s.

The Denmark-based group representing the adoptees also on Tuesday delivered a letter to the office of South Korean President Yoon Suk Yeol, urging him to prevent agencies from destroying records or retaliating against adoptees seeking their roots as the agencies face increasing scrutiny about their past practices.

The 283 applications submitted to Seoul’s Truth and Reconciliation Commission so far describe numerous complaints about lost or distorted biological origins.

Some adoptees say they discovered the agencies switched their identities to replace other children who died, were too sick to travel, or were retaken by their Korean family before they could be sent to Western adopters. They say such findings worsen their sense of loss and sometimes lead to false reunions with relatives who turn out to be strangers.

Peter Møller, attorney and co-founder of the Danish Korean Rights Group, said he also plans to sue two Seoul-based agencies – Holt Children’s Services and KSS – over their unwillingness to fully open their records to adoptees.

While agencies often cite privacy issues related to birth parents to justify the restricted access, Møller accuses them of inventing excuses to sidestep questions about their practices as adoptees increasingly express frustration about the limited details in their adoption papers that often turn out to be inaccurate or falsified.

Møller’s group last month initially filed applications from 51 Danish adoptees calling for the commission to investigate their adoptions, which were handled by Holt and KSS.

The move attracted intense attention from Korean adoptees from the world, prompting the group to expand its campaign to Holt and KSS adoptees outside of Denmark. The 232 additional applications received so far included 165 cases from Denmark, 36 cases from the United States and 31 cases combined from Belgium, the Netherlands, Norway and Germany.

The commission, which was set up in December 2020 to investigate human rights atrocities under military governments that ruled South Korea from the 1960s to 1980s, must decide in three or four months whether to open an investigation into the applications filed by adoptees. If it does, that could possibly trigger the most far-reaching inquiry into foreign adoptions in the country, which has never fully reconciled with the child export frenzy engineered by its past military leaders.

“There are many more adoptees that have written us, called us, been in contact with us. They are afraid to submit to this case because they fear that the adoption agencies will … burn the original documents and retaliate,” said Møller. He said such concerns are greater among adoptees who discovered that the agencies had switched their identities.

Holt didn’t immediately respond to calls for comment. Choon Hee Kim, an adoption worker who has been with the KSS since the 1970s, said the agency is willing to discuss issues surrounding its adoptions with adoptees individually but not with the media.

When asked about KSS letters admitting to the falsifying of biological origins, Kim said: “The adoptees are saying they received such letters because they did, and it’s not like they are making things up.”

About 200,000 South Koreans were adopted overseas during the past six decades, mainly to white parents in the United States and Europe and mostly during the 1970s and 1980s.

South Korea’s then-military leaders saw adoptions as a way to reduce the number of mouths to feed, solve the “problem” of unwed mothers and deepen ties with the democratic West.

Most of the South Korean adoptees sent abroad were registered by agencies as legal orphans found abandoned on the streets, although they frequently had relatives who could be easily identified or found. That practice often make their roots difficult or impossible to trace.

It wasn’t until 2013 when South Korea’s government required foreign adoptions to go through family courts, ending the police that allowed agencies to dictate child relinquishments, transfer of custodies and emigration for decades.

This version has corrected the spelling of Louise in first paragraph.