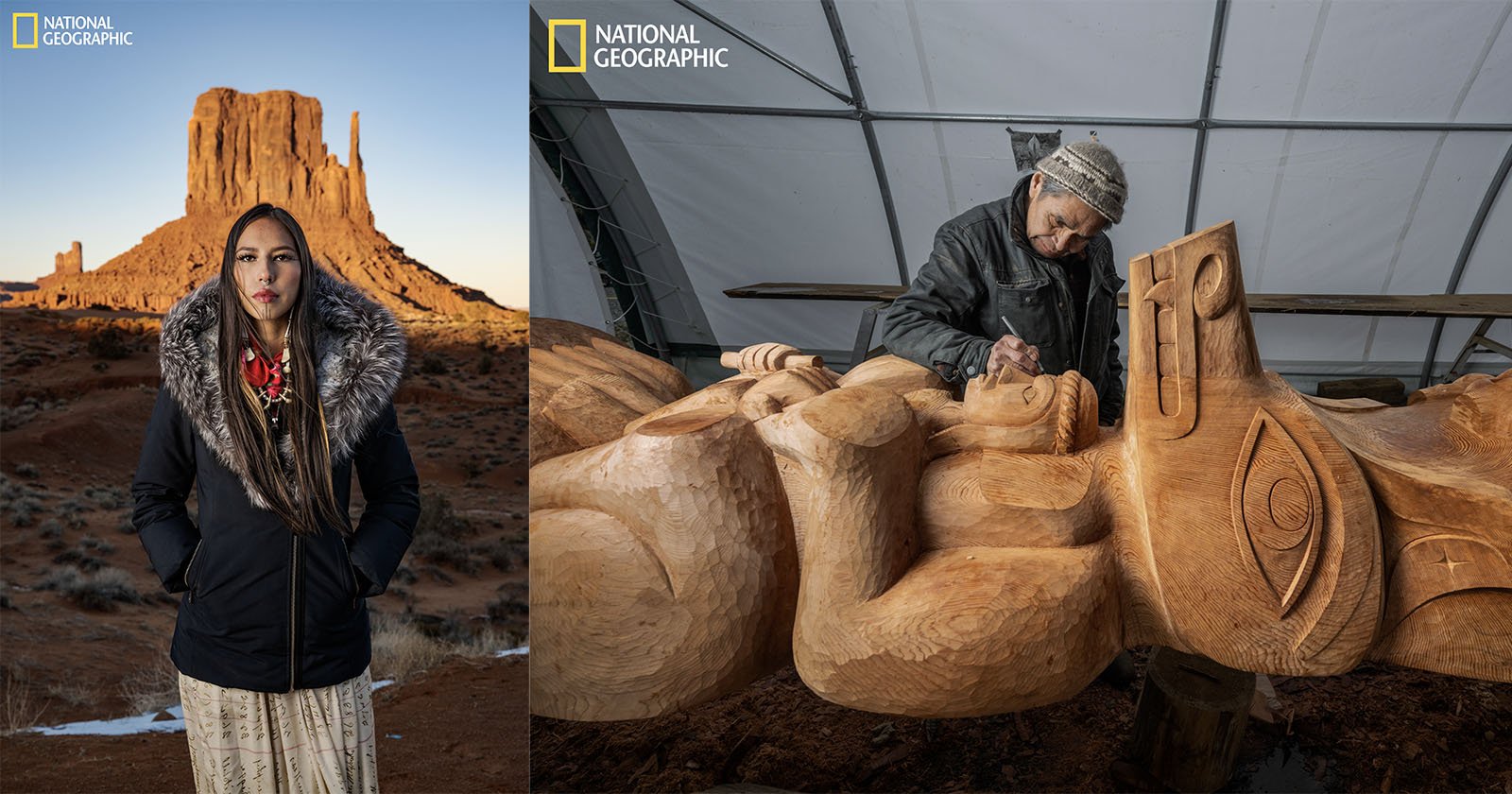 We Are Here The title of National Geographic’s feature story is We are here . It is full of striking photographs that show the individuals behind Native American sovereignty.

“Sovereignty for Native Nations means both freedom and responsibility in order to maintain the balance of the universe,” reads the story.

The Indigenous communities of North America have long fought for self-rule and sovereignty, only recently beginning to make progress on the issue in the United States. While Washington has started to cooperate — for example, efforts are underway for the co-management of land with tribes and the Supreme Court has declared half of Oklahoma is still Native American country in 2020 — the magazine brings to focus the arguments that it is still imperative that such advancements continue.

The story is well-timed, as earlier this week, a mountain in Yellowstone National Park was renamed in honor of the Native Americans who were massacred, changing it from Mount Doane to First Peoples Mountain. Gustavus Doane led an attack in 1970 that saw 173 Native American killed, many of them elderly or children who were sick with smallpox.

“We are Here” examines that with amidst global issues such as climate change, intense fires, growing poverty levels, and more, the publication argues that the answers to many of these problems are inherently linked to Native American sovereignty.

The publication makes the case that Native communities have extensive experience in addressing some of the biggest problems facing the planet today:

Constructing Infrastructure: With the income from their casinos and businesses, the Chahta tribe now constructs roads, supports schools, puts up clinics, and builds homes for their elders. The tribe has erected 17 community centers, one in almost every town in their nation.

Performing prescribed burns on their land: The Karuk, Yurok, Hupa, and the Klamath Tribes keep order by regularly subjecting their terrain to low-level burns that prevent severe fires and maintain uncluttered areas, which promotes game and useful plant species. They are no longer allowed to burn the land as it is not theirs. Wildfires continue to rise at an alarming rate, despite park services and other government agencies lacking the funds or personnel required for burns.

Cultivating cleaner water: Tribes including the Karuk, Yurok, Hupa, and Klamath Tribes which have fought for the removal of dams along the Klamath River, which will help restore the natural river’s flow, improve water quality, and revive the area’s diminished salmon runs.

Repopulating buffalo populations: For example, the Siksikaitsitapi have been raising buffalo in Montana after part of calculated attacks on Native land and culture. They now have more than a thousand buffalo and their meat can be purchased at the reservations grocery. The larger objective is to establish free-ranging ecosystems.

The story of the different tribes is impactful, but so are the photos that help showcase the topic. National Geographic says that the images bring to life the case for Native sovereignty.

For more on this story, visit National Geographic or check out July 2022 issue.