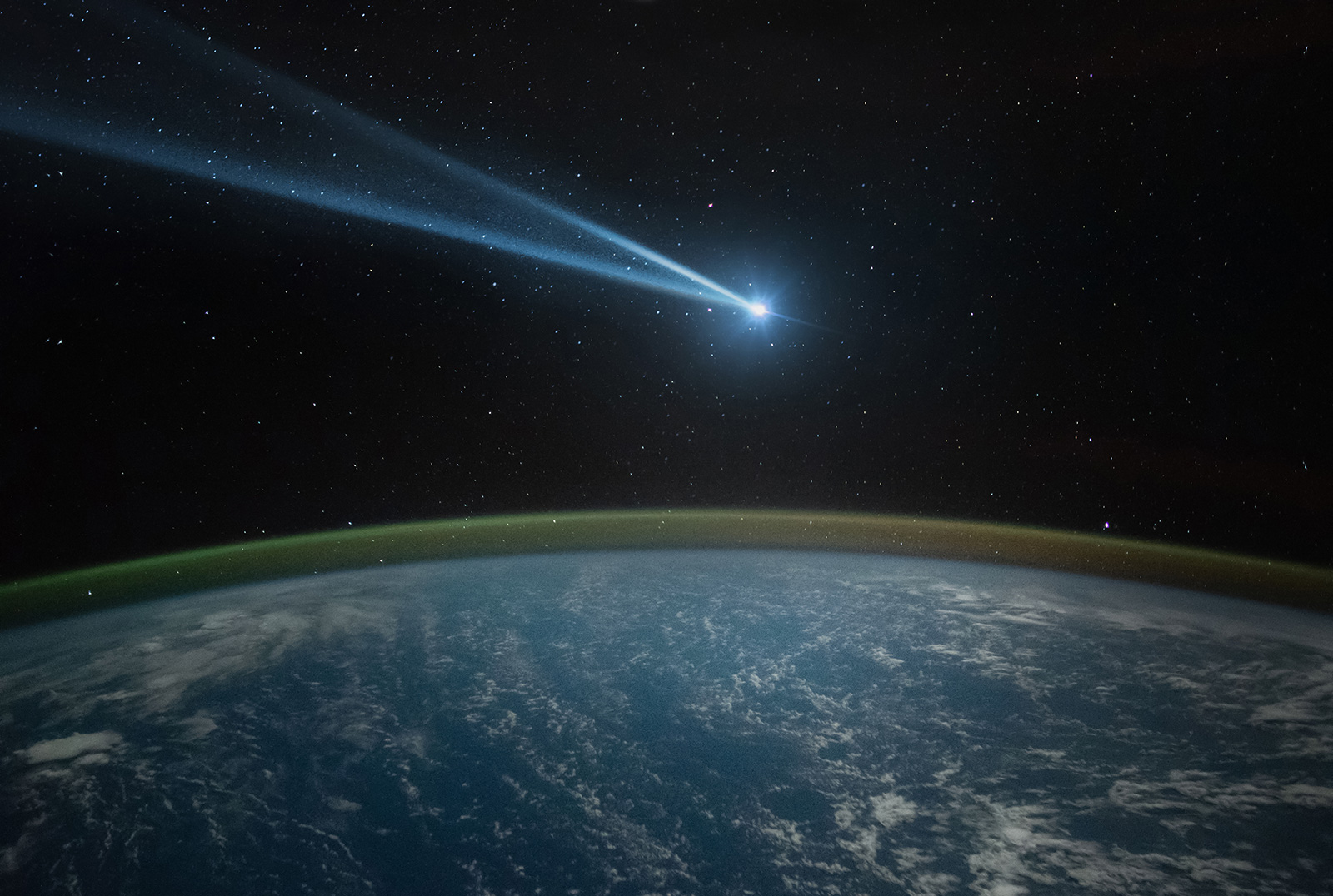 Today’s astronomy photo of the day is none other than the comet C/2022 E3 (ZTF). The comet was first found by astronomers in March of 2022.. Comet E3 is set to pass by Earth at the end of this month, coming its closest to Earth on February 1. Until then, though, NASA has shared a spectacular E3 comet photo.

This particular E3 comet photo was published back in December. However, with the E3 comet taking such a spotlight right now as many eagerly await the comet’s passing of Earth. It’s the fact that this comet isn’t likely to pass by Earth for the next 50,000 years that has so many excited about it. You can see the image on NASA’s website. The comet was believed to be from the Oort Cloud. This is a huge cloud of icy objects that surrounds our Solar System. We’ve previously seen other comets from the Oort Cloud, like the massive Comet C/2014 UN271, which measures roughly 85 miles wide. NASA hasn’t shared how big it believes comet E3 is, though we could get new E3 comet photos in the coming days.

The photo shared above was captured on December 19, shortly after it began to develop a greenish coma, which is seen in the E3 comet photo above. The comet is expected to reach a magnitude of 6, at which point it will become visible to the naked eye in a dark sky. However, due to weather, it’s unclear if you’ll be able to see the comet E3 in the sky when it passes Earth.

Never fear, though, as astronomy photographers are always keeping an eye on big space events like this, and when comet E3 passes by Earth, I’m sure that many will have their telescopes and cameras ready to capture an unforgettable shot of this once-in-a-life-time comet as it blazes a trail past our planet for the first time since the ice age. So, expect more E3 comet photos to come.

NASA is constantly finding new comets. , There are plenty of stunning space rocks you can check out while they pass our planet. You can see more photos captured by the original photographer, Dan Bartlett, of this latest E3 comet photo on Astrobin.