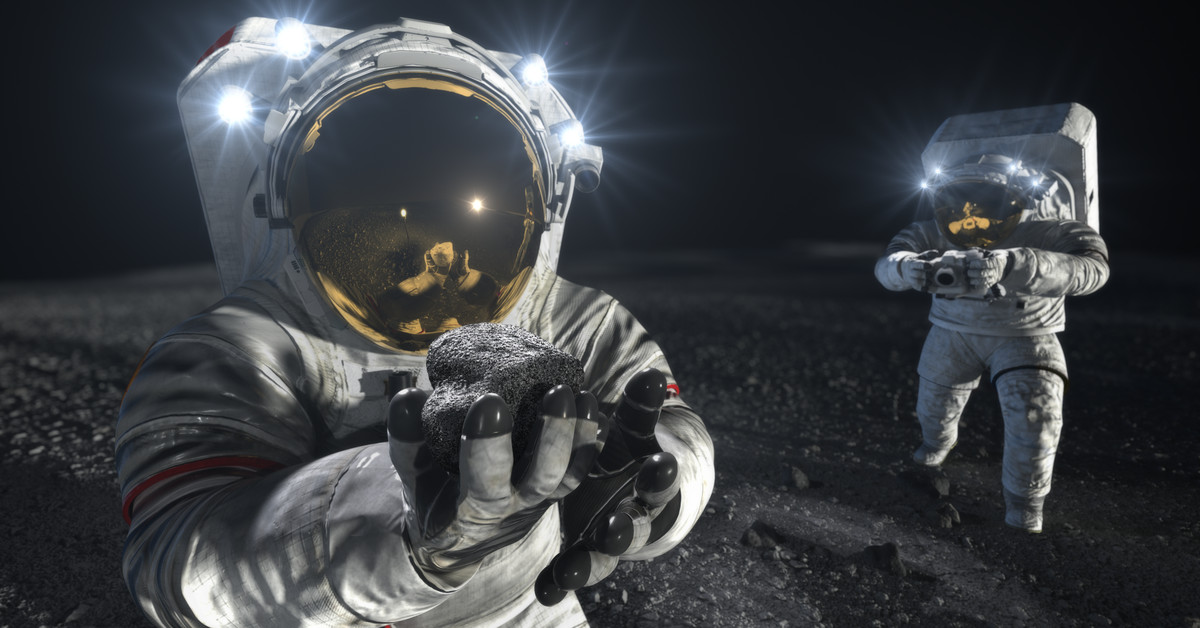 Today, NASA announced that two private companies — Axiom Space and Collins Aerospace — will develop the next-generation spacesuits that future astronauts will wear to conduct spacewalks and eventually traverse the surface of the Moon. This is a big step forward for NASA’s spacesuit design. After years of trying to create a suit, NASA has now handed the task over to the private sector. These new spacesuits are crucial to NASA’s Artemis program. This agency’s main initiative to return humans to the moon’s surface will be a success. Currently, NASA is aiming to land the first Artemis astronauts on the Moon by 2025 — a one-year delay from the 2024 deadline originally set by the Trump administration. When the astronauts do land, NASA wants them to be equipped with proper spacesuits they can use to explore the Moon’s terrain.

There’s plenty of doubt that NASA can meet the 2025 deadline, though, as there’s still a significant amount of work left to do on the hardware and vehicles needed to achieve the first landing. Spacesuit development has been identified as the main problem. Multiple audits have revealed that NASA’s quest to create next-generation suits has been inefficient, faced numerous technical challenges, and is many years behind schedule. Now, after 15 years of struggle to make these new suits, the agency is handing the reins over to the commercial industry. Collins Aerospace is well-known for its expertise in spacesuit construction. It helped to design the suits NASA uses, while AxiomSpace is relatively new and aims at building private space stations.

NASA announced that the total value of the contracts is $3. 5 billion, though the space agency would not say the individual values of each company’s contract, claiming that information will be revealed in a source selection statement that will be published at the end of the month. The $3. 5 billion is a ceiling that covers the life of the contracts, encompassing both partial development costs and future purchases of the suits for use by NASA. Once the suits are complete, though, the companies will own them and have the option to use them for other purposes unrelated to NASA.

The suits are meant to fit a wide range of body types, from the 5th percentile female to the 95th percentile male. The goal is for the spacesuits to be ready to be worn by astronauts on Artemis III, the third launch of NASA’s new rocket, the Space Launch System, and the current target for the first landing. Artemis also aims to be the first black woman or person of color to reach the Moon. “So that she has got a suit that’s appropriately sized and tailored for her — that doesn’t feel like a spacecraft that feels like a ruggedized set of extreme sports outerwear — that should be the goal,” Dan Burbank, a former astronaut and senior tech fellow at Collins Aerospace, said during a press conference.

The new suits that these companies develop aren’t meant just for lunar exploration, though. NASA wants a new line of suits that are much more versatile than their predecessors to be used by both Artemis astronauts when exploring the Moon and to replace the aging suits on the International Space Station.

NASA astronauts used the same spacesuit design for spacewalks aboard the ISS over the past four decades. Called the EMU, for Extravehicular Mobility Unit, the suit made its debut during the Space Shuttle era, and an “enhanced” version is used by astronauts on the ISS to leave the lab and conduct improvements and repairs on the outside of the station. The EMUs haven’t been upgraded in decades, though, and they aren’t intended to be used for lunar spacewalks. they have a limited size ..

But transitioning to a new spacesuit has proven difficult for NASA. The agency started work on new spacesuits back in 2007 and has spent a total of $420 million on spacesuit development since then. Those efforts eventually culminated in a new suit called the xEMU, a prototype of which was unveiled back in 2019. At the time of the unveiling, NASA hoped to have two suits ready to test on the space station before sending them to the lunar surface for the 2024 landing.

But, in August, an audit by NASA’s Office of Inspector General found that development of NASA’s new suits was significantly delayed due to a lack of money, technical problems, and issues associated with the COVID-19 pandemic. Ultimately, the report claimed the xEMU would not be ready by the Trump administration’s 2024 deadline. (A few months later, NASA moved the deadline to 2025.) The audit also noted that NASA would likely spend $1 billion total on spacesuit development by the time the first flight suits would be ready, which would be “April 2025 at the earliest.”

Meanwhile, in April 2021, NASA put out a request for information from private companies for designs of new spacesuits that could be used for Artemis missions. At the time, NASA said it would still continue to develop the xEMU in-house, but the move signaled that the agency might rely on commercial suits instead. “NASA has a responsibility to taxpayers and future explorers to re-examine its infrastructure as needed to reduce costs and enhance performance,” the agency wrote when announcing the news.

Now, NASA is putting all its expectations on Collins Aerospace and Axiom Space. The space agency said that its engineers would continue testing on the xEMU through the end of the year, but eventually, it will shift focus and provide insight to the commercial companies as they move forward. Additionally, the data and research that NASA gathered throughout xEMU development will be made available to the two companies.

As for the companies’ abilities to meet the 2025 deadline, that will play out over the next few years. Collins Aerospace unveiled a prototype lunar suit back in 2019 and, today, Burbank said the company has already spent years of development on a suit. As for Axiom Space, the company’s CEO Mike Suffredini also said suit development began a few years back, as the company has long considered making suits for its future space stations. Suffredini stated that there are a lot of potential customers who would love to spacewalk. “And we had planned to build a suit as part of our program.”

Still, 2025 is just a few years away. NASA claims it is confident in transitioning to spacesuit duty at this juncture. It says that the existing xEMU research can help reduce risk and accelerate things. Lara Kearney from NASA’s Extravehicular Activity and Human Surface Mobility Program stated that NASA was in a good place for transitioning due to the xEMU’s maturity. “And I think getting it to these guys sooner allows them to run.”

Plus, there are a whole host of milestones that NASA and its commercial partners need to meet in order to make 2025 work, including launching the agency’s new deep-space rocket for the first time and finishing up human lunar landers to take people to the Moon’s surface. NASA has a complex task at hand. Spacesuits is just one part of this puzzle.