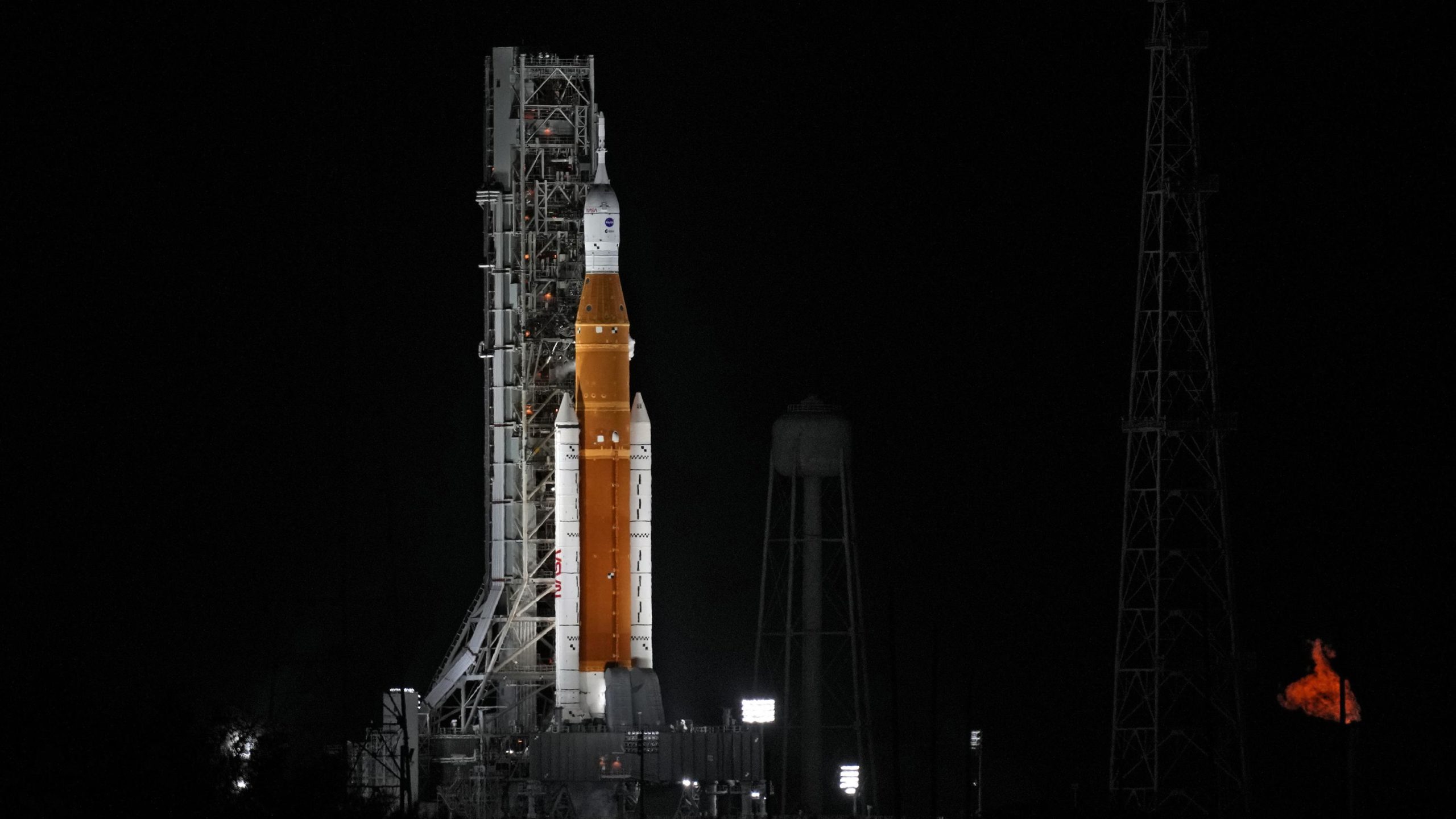 CAPE CANAVERAL, Fla. — A fresh leak sprouted as NASA fueled its new moon rocket Tuesday for a middle-of-the-night launch, its third try to put an empty capsule around the moon for the first time in 50 years.

Fuel leaks plagued the first two attempts in late summer, then a pair of hurricanes caused more delays. While engineers never pinpointed the cause of the escaping hydrogen, they altered the fueling process to minimize leakage and expressed confidence that all the plumbing in the 322-foot (98-meter) rocket would remain tight and intact.

NASA added an hour to the operation to account for the slower fill-up, vital for reducing pressure on the fuel lines and keeping the seals in place. It seemed to work, but an intermittent hydrogen leak cropped up near the end of the six-hour operation and the launch team considered sending workers to the pad — a so-called red team — to tighten a valve as the countdown continued. The valve is part of the launch platform, not the rocket, officials stressed.

The rocket was gassed up with nearly 1 million gallons (3.7 million liters) of super-cold hydrogen and oxygen, when the latest leak occurred.

NASA expected 15,000 to jam Kennedy Space Center for the launch in the wee hours of Wednesday morning, with thousands more lining the beaches and roads outside the gates. The space agency had two hours to get the rocket off, before standing down until Saturday.

The debut of the Space Launch System rocket, known as SLS, had three test dummies but no astronauts inside the crew capsule on top, which NASA hoped to put into lunar orbit.

This first test flight was expected to last three weeks, ending with a splashdown in the Pacific. NASA’s top priority for the $4.1 billion mission is to verify the capsule’s heat shield during reentry, so four astronauts can strap in for the next moonshot in 2024. That would be followed by a two-person lunar landing in 2025.

NASA last sent astronauts to the moon in December 1972, closing out the Apollo program.